Something of a world first was created with the fitting of a Seakeeper II to an Extreme 745 Centre Console trailerboat, on display at the Extreme Boats stand at this year’s show.

Popular overseas, especially in larger craft, Seakeeper now have available a model suitable for the bigger trailerboats and the smallest vessel world-wide to have it installed is The Fishing Website’s (www.fishing.net.nz) project boat On-Line II.

Early on-water testing has shown the system eliminates up to 93 percent of the roll with the vessel at rest, a bonus for any crew members on board prone to sea sickness as well as making for a less-tiring day for all.

A flywheel, spinning at up to 9700RPM in a vacuum, detects the sea state and, via a gyro, reacts accordingly to produce opposing torque to mitigate the boat’s roll.

On-Line II will be on the Extreme Boats stand #342 where show patrons can check out not only the Seakeeper installation, but a range of other top-end gear from the likes of Honda, Raymarine, Lusty and Blundell, Voyager Trailers, Vetus Maxwell, SeaDek and MinnKota.

After taking out the ‘Overall Boat of the Show’, along with three other honours last year, Extreme Boats will be entering two exciting builds to compete at the 2019 awards as they strive to create the ultimate trailer boat.

Driven by innovation, Extreme are releasing an exciting new model, along with a hugely popular centre console, as their entries. These boats will show case the design and quality finish the company pride themselves on along with on their on-water performance.

Extreme Boats will have an extensive range of models on display from the smaller 545 Centre Console right up to the mighty 885 Game King, something to suit a multitude of uses. 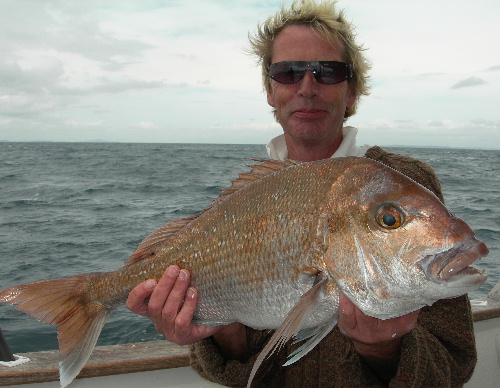 Neil with a winter snapper from DIVERSITY - Hauraki Gulf