"The inner gulf has been producing nice numbers of snapper without having to go too far and spend a heap of dollars on fuel. Heading down the Rangitoto channel, there is not a lot of fish showing on the sounder, but that doesn’t surprise me with all the runoff from the recent rain."

"Typically in winter the bite is short, but many are telling me that if you are in the right place at the right time, you will be well rewarded."

"There is currently excellent winter snapper fishing in the 60-metre plus depths west and southwest of the Raglan bar." The snapper fishing has been good out of Raglan recently, with some nice fish coming from the 60-metre depth west of the bar.

"Last Friday, the Motiti Island area produced some great snapper, the largest being an estimated 8kg (18lb), which was released back into shallow water. Other good fish of lesser size were taken at the same time."

"The snapper fishing has remained very good throughout the winter period, despite the challenging conditions, with the shallows producing some nice fish in good numbers..." 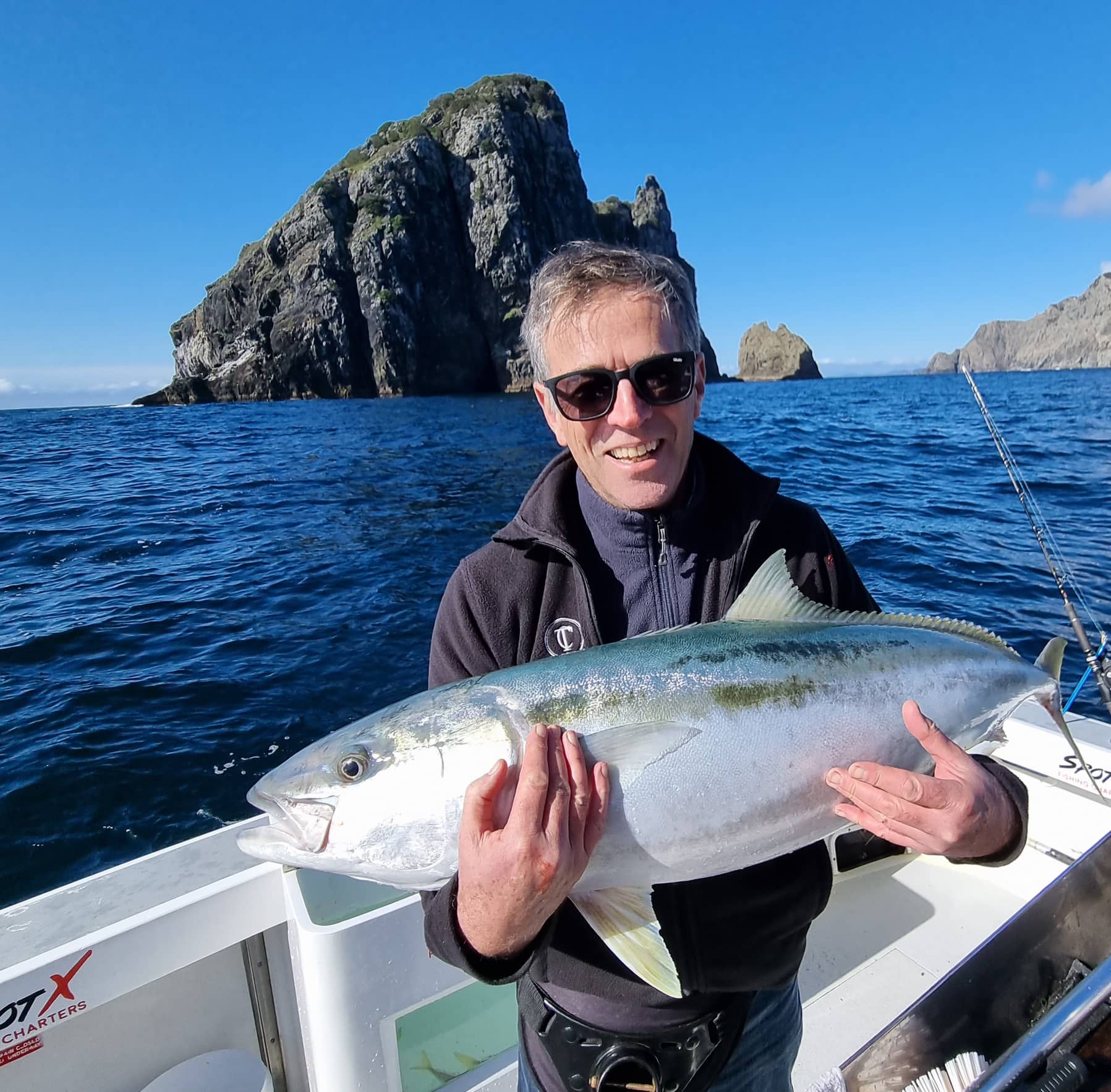 Snapper and kingfish have been on the chew in the Bay of Islands and its coastal areas.

"It has been well documented that the weather has been pretty rough down here over the last couple of weeks, but as I say, you can always find somewhere to fish if you try hard enough! At least the ski fields will be happy; there has been plenty of the white stuff around!"