The popular Mercury Bay Game Fishing Club’s trailerboat contest has been set down for March 11-13 and has a new format and sponsor.

CRC has naming rights to the event, where for the billfish section there is a new points system. This has been designed so that tagged and weighed fish can battle it out for the daily and overall contest honours.

Each day there will be Shimano game combos and CRC product up for grabs for first-third place in tuna, snapper, kingfish and kahawai sections, along with many daily lucky angler draws.

Up for grabs in the ‘last angler standing’ format with be a Suzuki LT-A500X quad bike. Ten anglers, drawn over the three prizegivings, will be called to the stage and by process of elimination, the last one remaining will ride away on the bike on the final night. 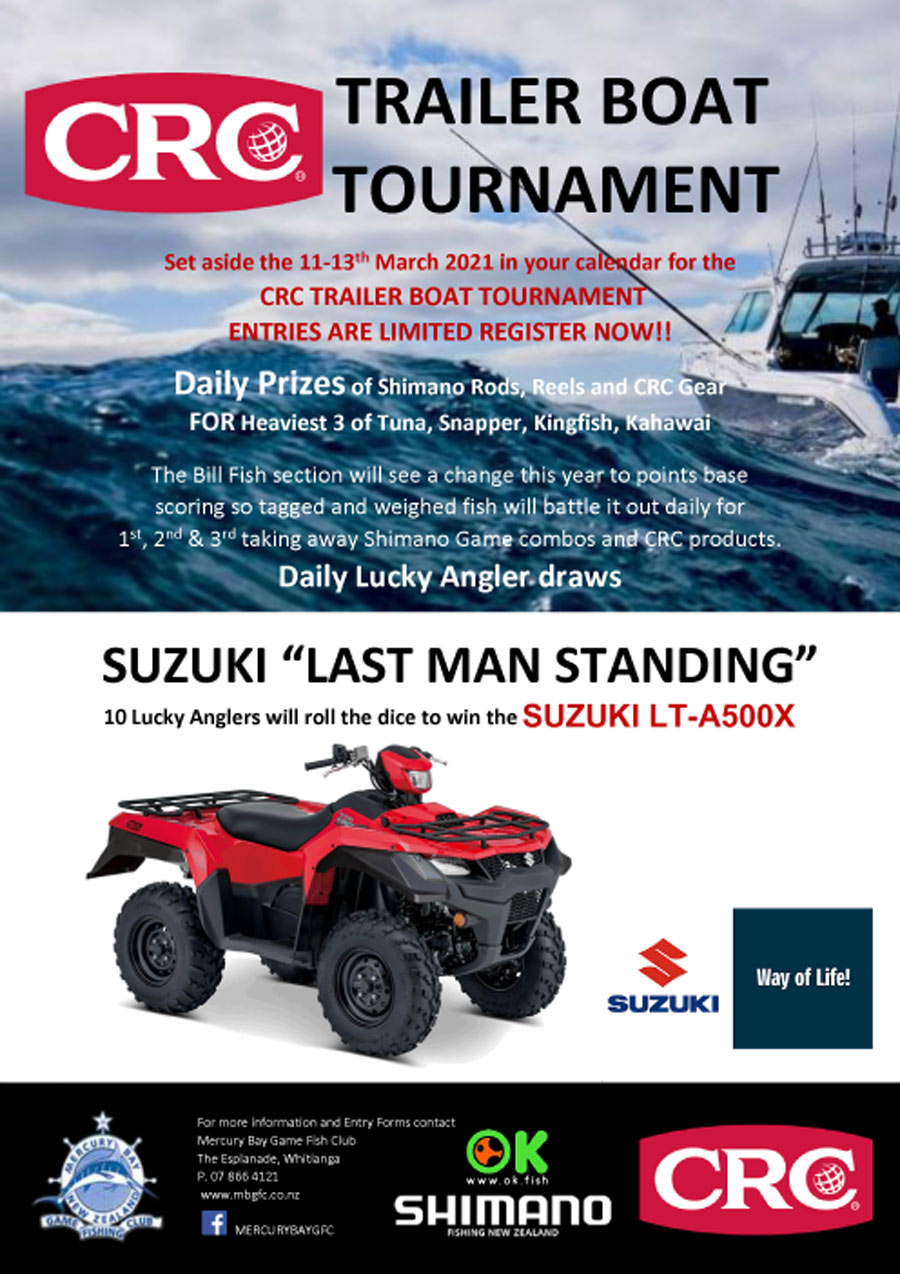