A Wellington builder has been sentenced for knowingly purchasing poached seafood valued at more than $23,000 on the black market.

Hanhui Wu (35) appeared in the Wellington District Court today (7 August) for sentencing on 46 fisheries charges related to illegally purchasing p?ua, sea cucumber, and rock lobster from a diver. He was sentenced to the maximum of 6 months' community detention at his home from the hours of 7.30pm until 6.30am. He was also ordered to do 100 hours' community work and to pay a $10,000 fine.

A Ministry for Primary Industries investigation discovered that Mr Wu was a purchaser of illegally harvested seafood sold by diver Ola Melesala for more than a year, ending in February 2018.

Melesala pleaded guilty to selling the seafood to Mr Wu and was sentenced to 7 and a half months' home detention in June last year.

MPI national fisheries compliance manager, Steve Ham says the rules are there for a reason – to protect the fishing resources.

“Today’s sentence sends a strong message to those who want to buy poached New Zealand kaimoana, from an area that is closed to commercial fishing – that they will be held to account in a similar way to the poachers.

Buying seafood from an area that is closed to commercial fishing is blatant theft and you can be assured that we will continue to hold both poachers and those who benefit from illegal harvesting such as Hanhui Wu to account.

The buyers are what keeps poachers in business and shutting them down will assist us in shutting down the work of poachers,” says Steve Ham.

This sentencing was one of the results of an MPI investigation – codenamed 'Cheek’ – which targeted poachers of p?ua, sea cucumber, and rock lobster mainly on Wellington’s South Coast, west of Sinclair Head.

During the investigation, fishery officers obtained a vast number of evidential text messages. It was found that Hanhui Wu and Ola Melesala exchanged over 400 texts which showed Hanhui Wu purchased 3,525 p?ua, 2,040 sea cucumber, and 57 rock lobster. Mr Wu claimed the text messages were a joke and that he was just playing along with Melesala.

However, the MPI investigation found the messages were coded with letters used to represent the different types of seafood. 'C' for crayfish, 'SC' for sea cucumber and 'P' for p?ua. There were also references to the freshness of the product, how much was caught, along with making arrangements to pick up the product from Melesala’s house. 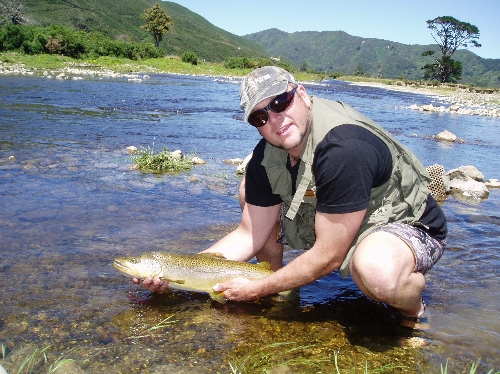