Lowrance and MotorGuide have announced their continued partnership after signing a new cooperation agreement, effective immediately.

“We’re excited to continue our longstanding relationship with Lowrance,” said Kevin Read, MotorGuide senior product manager. “Both our new Tour and Xi series motors will continue to offer Lowrance sonar and chartplotter integration to help you make the most of your time on the water.”

Lowrance has been a leader in marine electronics since it invented the first consumer sonar device in 1957 – The Little Green Box. In the years since, Lowrance has never wavered from its purpose to push the envelope of innovative performance to help anglers find and catch more fish.

More information on both brands can be found at Lowrance.com and MotorGuide.com 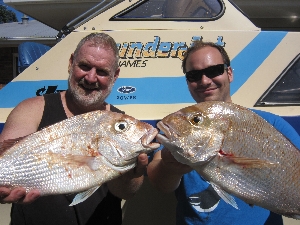 winter fishing with the clarks - firth of thames
Follow us