There is to be a new co-presenter for the seventh series of Trade Zone Addicted to Fishing currently in production and due to hit our screens in 2020.

‘Kelvin is a down-to-earth kiwi bloke who is a phenomenal fisherman. He is a 20lb snapper magician, catching them regularly all year round and he even goes out and catches broadbill solo!”
Nicky says.

“We have some incredible episodes planned for Season 7 and look forward to sharing them with everyone in the new year.” Kelvin has been addicted to fishing since his grandfather taught him how to cast a fly rod in the back lawn by making him cast his fly into a matchbox three consecutive times before he would be taken fishing.

Fast forward a few years and Kelvin, who also goes by the name ‘KC’, is possibly more well known for his other television series Sensing Murder which ended up being aired in more than 80 countries. His spiritual side sheds light on unsolved murder cases and the show was a huge hit around the world.

Those who know Kelvin personally appreciate his number one passion is being on the water and coming face to face with big fish – and finding big fish is something that he is exceptionally good at.

Season seven will see a big change in the show as Nicky and Kelvin both travel around New Zealand featuring local passionate fisherman and coming face to face with some epic fish, while bringing lots of knowledge and entertainment to viewers. 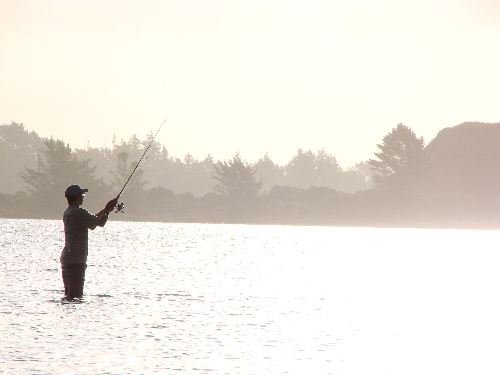