A shipping container has been modified into a fish filleting station and distribution hub to enable a Mangere marae to dramatically increase its supply of tasty fish heads and frames to feed families in need.

Located at Papat??nuku K?kiri Marae, the bespoke 20-foot container was created by leading shipping container provider Royal Wolf for the Kai Ika Project. The project redistributes delicious fish off cuts, which would normally go to waste, to the local community.

Sam Woolford, Project Lead Kai Ika, says the container is the centrepiece of Kai Ika’s operation at the marae and plans are in place to roll out the initiative nationwide.

“The container is a practical solution and it’s also elevated the whole project. It’s allowed us to go from 250 kilos a week through to 1,000 kilos a week and service three other marae.

“The ability to scale up and have extra capacity has meant we have been able to meet the growing need in the Mangere community and beyond,” he says.

Woolford says the benefit of the container and the increased capacity was highlighted during the COVID-19 Level 4 lockdown when queues for collecting fish were 400m long.

“Kai Ika is all about kaitiakitanga, or guardianship, but it’s also about manaakitanga – support and caring for others. It shows how a simple adjustment in thinking and behaviour is having a positive impact in the community and helping many families as well as the environment.

“The container is the centre point for this. It’s a gathering place where people come together to fillet and collect the fish heads, frames and offal,” he says.

Lionel Hotene from Papat??nuku K?kiri Marae says the food the marae produces, which also includes kumara and other vegetables, helps address some of the food insecurities that many people in the community face and encourages a move away from fast food. 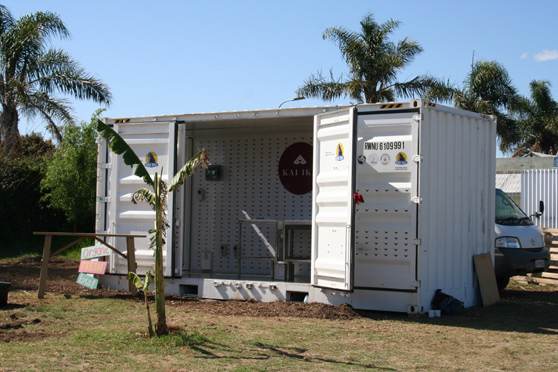 Royal Wolfe provided the container that is now the distribution hub for the Kai Ika project.

“The container takes us to another level in regards to offering a better service to our people. It’s very professional, it’s something you probably wouldn’t [normally] see in South Auckland. This is real top-class A grade stuff.”

LegaSea, a not-for-profit organisation raising awareness of issues affecting the marine environment, started Kai Ika in 2016 to help feed communities in need. Kai Ika has been operating in Auckland, pioneered by the Outboard Boating Club of Auckland on Tamaki Dr and is now at the Westhaven marina at Z Pier where it is supported by the charter fleet.

Woolford says the model being used at Papat??nuku K?kiri Marae is the first step in taking it to a national level where it can help feed families around the country. The Ministry for the Environment is supporting the nationwide development of the project.

The 20-foot open side container has good access from both the front and sides to allow easy movement and loading of bins of fish frames. It is lined internally to create a cooler temperature during summer and the specialist electrical fit-out enables the unit to be washed out daily.

Graham Allison, Royal Wolf Regional Manager - Northern, says the company is a big supporter of community initiatives and partnering with a project like Kai Ika takes that to the next level.

“We modify containers into many different things and the Kai Ika project is yet another inventive use of a container. But more importantly the container is the hub of a project that is helping feed local communities including many families and people who are in need. That’s something very special.

“Being able to play a part in supplying communities with healthy and nutritious food which would otherwise be going to waste is hugely rewarding,” he says. 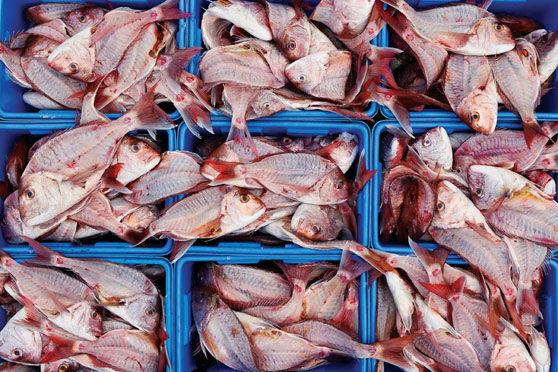 Fish heads and the frames may be viewed as waste by many people but in te reo the head of the fish literally translates as “chiefly food”.

Woolford says on average only one third of a fish is utilised, with most people only eating the fillets.

“Fish heads and the frames may be viewed as waste by many people but in te reo the head of the fish is called rangatira kai or ‘chiefly food’ and is considered a delicacy. It really is the tastiest part of the fish and the people we supply this delicious seafood to value the whole fish.”

He says Kai Ika has a mandate to ensure New Zealand’s fish resources are being used effectively and sustainably which means everything from reducing wastage to supporting communities in need.

“Papat??nuku K?kiri Marae in Mangere not only distribute the heads and frames to families, but the offal is used as fertiliser in the marae gardens where kumara is also grown for distribution to the community.”

If you're now in need of insurance, get a quote from a local boating insurer today...... more >

With four spin and three overhead models in the range, these rods coverall your inshore lure fishing requirements including soft-baiting, wa... more >

Beginners luck paid off for Rolleston women Vicky Van Der Zwet when she caught her first ever salmon the last weekend in November....... more >

Shimano’s new flagship heavy jigging reel has finally hit the market and exceeds the legendary reputation of its predecessor...... more > 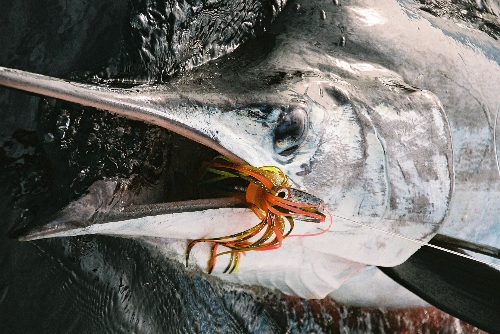