Rob Wilson's team once pulled out 8000kg of rubbish from the sea floor in Wellington harbour in an hour.

One. Hour. That's a mindblowing amount.

Among the rubbish they hauled to the surface were 43 truck tyres, 37 street cones, a collection of shopping trolleys, bikes, computers...

"You name it, we hauled it," Wilson says. "We have even hauled out porcelain toilets, four in one cleanup. Some of the stuff that gets dumped over the side, you wouldn’t believe it. 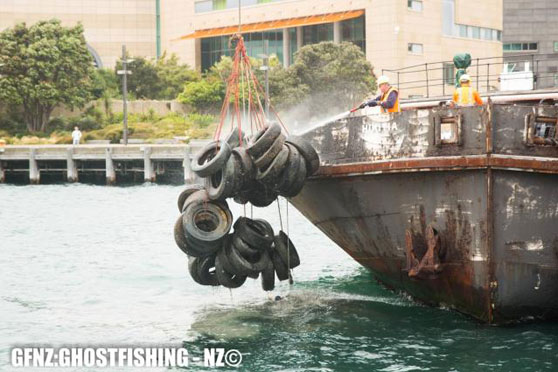 "It’s a real out-of-sight, out-of-mind mentality. One of the marinas we were in, there were eight car batteries under this one mooring. I guess it saves a run to the tip. I try to look for logic in there but I never find it."

Wilson has been trying to understand it for almost 15 years when he first became involved in clean-up dives in Wellington and more latterly in his role as founder of Ghost Fishing New Zealand.

He will lead a team of up to 60 divers to clean up Okahu Bay on Auckland's Waitemata Harbour on the weekend of August 31-September 1.

Wilson is not sure what they will find. He was part of a team who cleaned up a small area off the Okahu Bay Wharf jetty last year when they were confronted by three knots of current and very bad visibility.

"Things were literally tumbling along the seabed, although not necessarily rubbish," Wilson explains. "The people at Okahu Bay got wind of it and said we should do it again. We said we would love to help out.

"We might find some tyres, I’ve heard stories of bags filled with books and odds and bods. I would be quite happy if it’s clean. To me, the primary goal is bringing people together and getting them involved."

The dive is just one part of a wider transformation of Okahu Bay that has seen tremendous change in recent times.

Not only has a new marina gone in at the western side and the Hyundai Marine Sports Centre been built, which is the new home of the Royal Akarana Yacht Club, but nearly 100 moored boats have been shifted out of the bay to allow a raft of people to use the area for recreation pursuits, from sailors and waka ama paddlers to kayakers and swimmers.

It will also host a number of major events, including December's 49er, 49erFX and Nacra 17 world championships in partnership with Hyundai New Zealand.

"It was quite joyful," says Sharon Hawke of Ngati Whatua Orakei of the last moored boat being removed earlier this month. "We had a little bit to do with the boat owners and the ones I talked to could see the sense in being relocated because it allows others to use the bay.

"We are a coastal people, so what happens on the land affects what goes into the sea. It’s always been a concern of ours to get the health and mauri (life force) of our bay to its original state. That might not be a goal we achieve in our lifetime, especially with the advent of climate change, but we can’t give up."

One of the initiatives has been the reseeding of thousands of mussels in an attempt to re-establish the kaimoana but also clean up the water quality. A single mussel is capable of filtering as much as 350 litres of water a day and it's hoped re-establishing the shellfish will help revitalise the marine diversity in the bay.

Okahu Bay suffers from the sorts of things typical in an urban setting, like high sedimentation and heavy metals, but it was also where a major sewage outflow was built in the 1930s.

"We are not only cleaning the bay up physically but we are cleaning it up spiritually because it has a huge impact on our health and wellbeing," Hawke says.

Rob Wilson will see his name in the Guinness Book of Records after next year. Of that, he has no doubt.

He and his team will officially attempt to set a new world record during a ghost fishing dive. Officially, because they've already smashed it on several occasions.

Wilson enquired what the record was last year believing it would be an astronomical number but instead the Guinness people were astounded when he said they had recently hauled up 3500kg in one dive.

"The guy came back and said, 'are you kidding me? You hauled 3500kg in an hour with seven divers?' The world record is set over three days with 137 divers and they only hauled three tonnes. I said, 'I suppose our team is pretty good here'. Next year we are going to get the Guinness guys in to break the world record because we will do it, no problem." 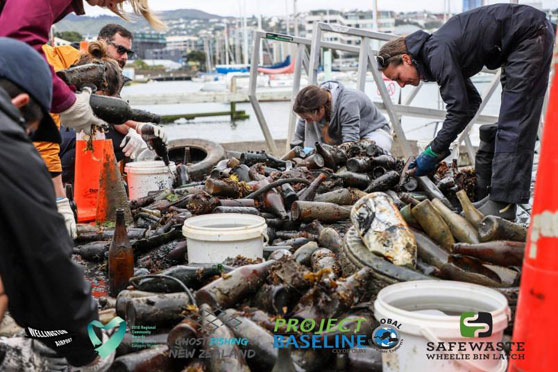 It's certainly not what Wilson and his team do it for. They came to the attention of Ghost Fishing International in 2014 after Wilson posted something on social media and tagged the organisation.

They got in touch and asked him if he would like to be the New Zealand representative of an organisation that was originally set up to remove old fishing nets, or ghost nets. These nets can travel for thousands of kilometres in ocean currents, often devastating anything that gets tangled up.

"We don’t really have that many sea nets in Wellington so we're dealing more with marine debris," Wilson says. "I had been diving in Wellington for many years so knew the areas that were bad for junk. That was 2014. Since then, we have really grown."

The potential for more progress in Auckland is huge, and this should be unlocked once a closer relationship with the council is established.

"All of that is established in Wellington," Wilson explains. "We work really closely with the council and mayor and, once we get the access in Auckland, we can really start moving and make a difference.

"Our strongest tool is education and media, that raises awareness. Children are the key. l get them involved as long as they have the right footwear and supervision, and we do school visits as well. It’s great."

Of course, hauling up rubbish from the sea bed is one thing, disposing of it appropriately is another. It's not like they can pop 8000kg into a few wheelie bins and wait for the council to collect all of it on rubbish day.

A lot of it goes to recycling centres, Ghost Fishing New Zealand also make drinking glasses out of some of the bottles and the street cones and shopping trolleys are water blasted and returned to the likes of Fulton Hogan, Countdown and New World if they're still in working order. Some simply can't be reused or recycled and goes to landfill but that outcome is much more preferable to the leaching and toxins continuing to be released into the marine environment.

Many of the divers use underwater scooters to help them buzz around, which allows them to cover up to 8km in one dive. If they don't collect more than 800kg, that's considered a 'clean' location.

Along with Wilson's Wellington and Auckland-based teams, a number from underwater and dive clubs and free divers will join in the cleanup of Okahu Bay. Wilson is not expecting any more than 60 but can accommodate more - they once had 330 for one cleanup in Wellington.

"A lot of people ask me whether I'm encouraged or discouraged by the amount of rubbish we find," he says. "The community aspect of it is what makes it so amazing. There are so many people who get involved and are happy to get themselves covered in mud. It really brings people together. It’s amazing to see people put their heart and soul into it. It’s very powerful." 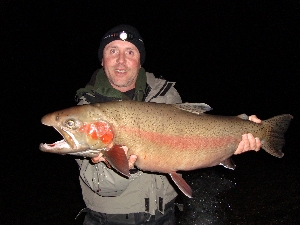