Overfishing the world’s  stocks is a huge problem, only made worst by the effort’s of the so-called ‘dark fleets’ operated in the main by the Chinese and North Koreans.

A new study published last month in the journal, Science Advances,  reveals widespread illegal fishing by dark fleets — vessels that do not publicly broadcast their location or appear in public monitoring systems — operating in the waters between the Koreas, Japan and Russia, some of the world’s most disputed and poorly-monitored waters.

The study, Illuminating Dark Fishing Fleets in North Korea, found more than 900 vessels of Chinese origin in 2017, and 700 in 2018, likely violated United Nations (UN) sanctions by fishing in North Korean waters. The vessels likely caught almost as much Pacific flying squid as Japan and South Korea combined — more than 160,000 metric tons worth over US $440 million in 2017-2018.

“The scale of the fleet involved in this illegal fishing is about one-third the size of China's entire distant water fishing fleet. It is the largest known case of illegal fishing perpetrated by vessels originating from one country operating in another nation’s waters,” reports Jaeyoon Park, a senior data scientist at Global Fishing Watch and co-lead author of the study.

“By synthesizing data from multiple satellite sensors, we created an unprecedented, robust picture of fishing activity in a notoriously opaque region.”

Following North Korea’s testing of ballistic missiles, the UN Security Council adopted resolutions in 2017 to sanction the country, and some of these prohibit foreign fishing.

The detected vessels originate from China and are assumed to be owned and operated by Chinese interests. However, because these vessels often do not carry appropriate papers, they are likely “three-no boats”— operating without official Chinese authority, with no registration, flag, or license.

The study has implications for the management of fisheries and fish stocks worldwide, including in the Pacific.

It also found about 3,000 North Korean vessels fished illegally in Russian waters in 2018.

Competition from the industrial Chinese trawlers is likely displacing the North Korean fishers, pushing them into neighbouring Russian waters. The North Koreans’ smaller wood boats are ill-equipped for this long-distance travel.

Hundreds of these boats have washed ashore on Japanese and Russian coasts in recent years. These incidents often involve starvation and deaths, and many fishing villages on North Korea’s eastern coast have now been coined “widows’ villages”. 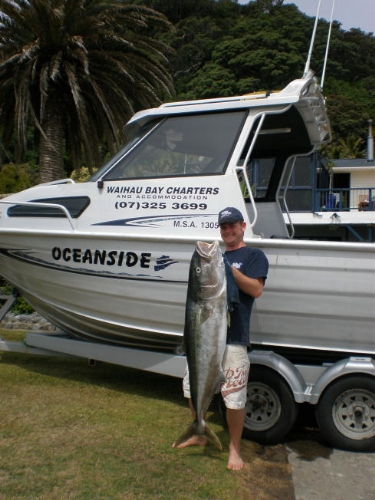