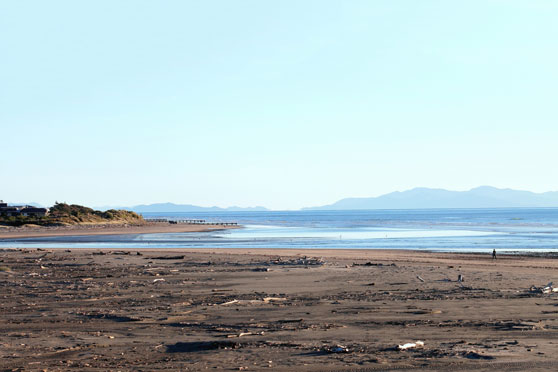 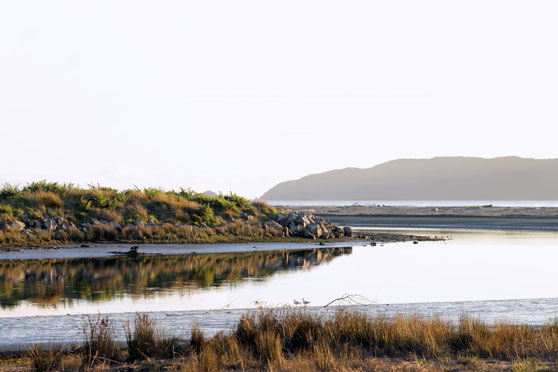 There are so many factors that make the Kapiti Coast a special place to fish, but one of the standouts is the stunning coastline. It is usually more sheltered than windy Wellington, surprisingly for a West Coast fishing location, and also has a slightly warmer climate than its capital neighbour.

The Kapiti Coast has several clear flowing rivers coming out of the Tararua Ranges with the Otaki River being the jewel in the crown. Much native bush remains on the mountains along the Kapiti Coast, and overall the region has a diverse and clean environment which gives a sense that the elements of the wild have been retained.

Long, sweeping sandy beaches are a feature of the southern part of the Kapiti Coast. These beaches suit drag-netting for the flounder and rig that come into the shallows. The beaches are also home to some large paddle crabs, which can be caught year-round. Waikanae is famous for some of the largest and tastiest paddle-crabs in New Zealand.

In recent years there has been a dramatic increase in the number of snapper being encountered along the Kapiti Coast, which has been a boon for inshore fishing. The primary snapper season is from October to May, although larger snapper can be caught all year round especially on the reefs around Kapiti. A beach torpedo is a great way to fish the sweeping sandy beaches to the south of Paraparaumu.

In the colder months, good numbers of gurnard and trevally can be found. Like the snapper, trevally numbers have also improved in recent years. Trevally is now a significant catch over the winter months. For surfcasting, the steeper beaches that morph from sand to gravel around the Otaki River mouth provide deep water close inshore. The northern side of the Otaki River mouth is a favourite surfcasting location and a local hotspot for large snapper.

Kahawai can be caught in good numbers at the Otaki River mouth, especially in the spring and summer, when shoals of fish will stack up. Kingfish sometimes shadow the kahawai shoals and can be taken on slider-rigged live-baits. 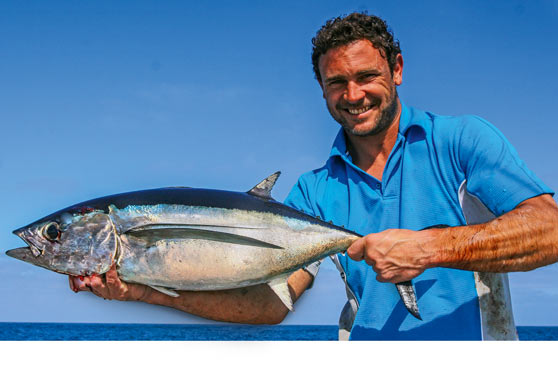 Kapiti Island is a top fishing location with the reefs around the island’s southern end providing some great areas to target kingfish from October to April. Kapiti offers some shelter along the coastline, and while part of the island is a marine reserve, much of the shoreline in the lee of the island is fishable.

In the summer the southern end of Kapiti is one of the top spearfishing spots for kingfish in the southern half of the North Island. The deeper water at the southern end provides a diverse range of reef environments and offers top small boat fishing for a wide range of fish, such as snapper, trevally, gurnard, moki and in places blue cod, especially over the winter months.

When the weather is settled, you have the option of going further offshore for groper/hapuku.

Strong currents flow around Kapiti and clean oceanic water is often swept in close to the island, making the waters around the island a good option when fishing for pelagic fish over the summer and autumn months. Albacore tuna is a regular catch, especially from January to March, with some good-sized fish up to 15 kilograms taken. These waters also hold good numbers of mako sharks.

The coastline can be easily explored with a larger trailer boat over 4.5m. Paraparaumu Beach is a good beach-launching spot within a stone's throw of Kapiti Island. It offers firm sand and a well-marked boat launching access area. Waikanae Beach also offers some good options.

After a southerly wind, the sheltered waters of the region’s beaches can be explored in a kayak. 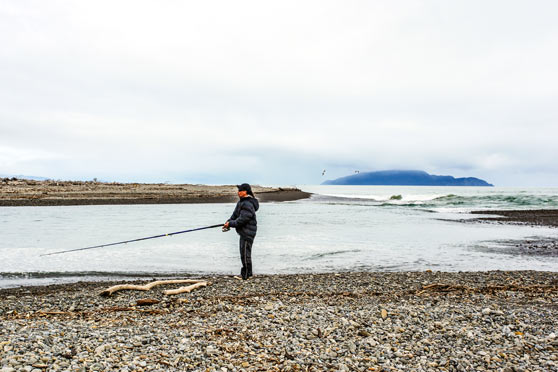 While the coastline is breath-taking, the Kapiti region also offers some notable freshwater opportunities.

Many of the rivers winding back into the Tararua Ranges offer good backcountry fishing.

The Kapiti Coast has a good range of coastal streams and rivers, as well as coastal lagoons, that provide good whitebaiting opportunities. The lagoon on the northern side of the Otaki River provides the perfectly sheltered space for whitebaiting and often produces significant catches. The last push of the incoming tide usually offers the best results. 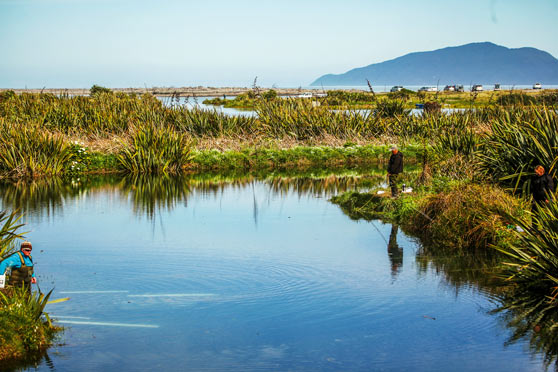 The new motorway developments in the region have really raised the bar, cutting down commute times and making the area much more accessible to a broader range of people.

Paraparaumu and Waikanae offer some very relaxing seaside accommodation, and with the region’s recent economic development, there are now plenty of good restaurants to visit after a day on the water. There are also some top camping grounds.

The region offers some great options for the family. A trip out to visit the marine and bird life around Kapiti Island is highly recommended. It is a reminder of how vibrant our bird life once was, and a great way to balance out the fishing along the coast with some family time. Nga Manu wildlife sanctuary is also well worth a visit.

Overall the Kapiti Coast, from Paraparaumu to Waikanae, is an excellent spot for a family holiday. It’s on the doorstep of some of our richest inshore fishing grounds.