Fiordland is unquestionably a magnificent jewel in the crown of the many wonderful New Zealand destinations writes Grant Blair, who  spent a week away in the deep south with a bunch of close friends.

A world heritage site, Fiordland is a destination that deserves a tick on every Kiwi’s bucket list. There are no traffic jams or queues at the boat-ramp; just spectacular, powerful, pristine scenery that takes your breath away.

The serene surroundings are unspoiled and littered only with mountains, trees, streams, waterfalls and amazing birdlife. It’s not hard to imagine that this is how things were before humans arrived and started to mess around with the planet.

Hosted by Fiordland Expeditions, our trip to Dusky Sound in late September was with a group of good mates and their partners, and we were dealt an amazing hand of everything Fiordland could offer. Over the five days, we enjoyed conditions from flat glassy seas to 50-knot winds and more than a handful of snowflakes, but that’s Fiordland and that’s part of the adventure. The good news is that there are many options for shelter and activities regardless of the conditions.

We gathered our dinner most days and feasted on blue cod and crayfish to our hearts’ content. The diving was as good as it gets – and enough to make any enthusiastic crayfish hunter’s eyes part company from their sockets! Under most rocks, and in every crack that looked likely, there were battalions of the tasty bug-like creatures we love to catch and consume. Compared to what we’ve become accustomed to in the northern CRA2 management area, Dusky Sound was a diver’s dream come true.

Rounding out dinner with blue cod for a team of 11 guests and crew took a bit more effort, but that was largely due to the wind and swell preventing us getting to some of Captain Dave’s more productive spots. Arturo, our chef, wove his magic with those succulent fresh fillets and we ate some of the finest food you could wish for. 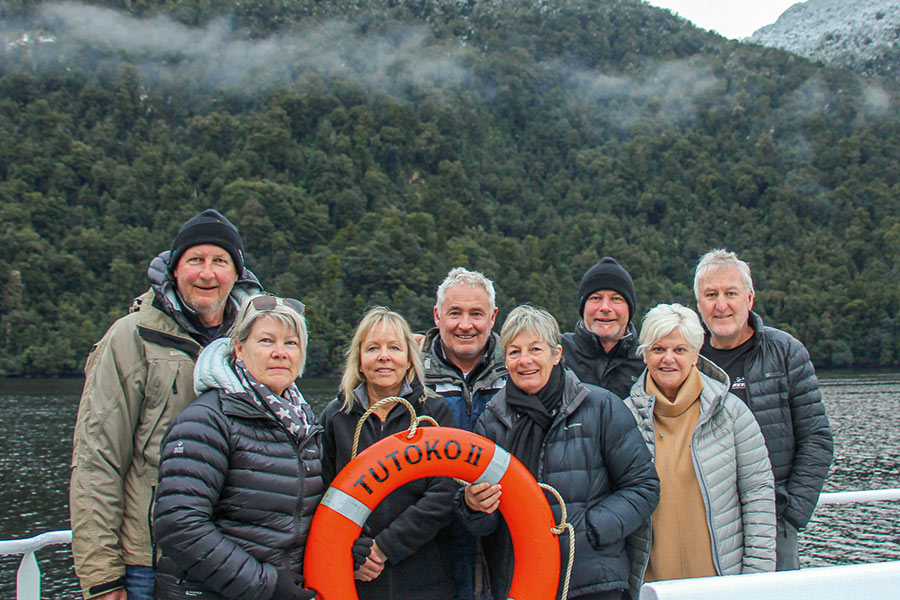 Fiordland is steeped in history and in Dusky Sound you’ll likely have the opportunity to explore places such as Luncheon Cove, the site where the first European house was built. The first sailing boat was also constructed there after shipwrecked sailors got to work. There’s also Cook’s ‘Astronomer Point’ where Capt. James Cook spent 32 days in 1772.

Further south in Preservation Inlet is the site of a community, which at its peak comprised 3,000 people involved in many industries such as mining, timber milling, whaling and sealing.

In more recent times, deer culling, and later, live deer recovery has formed a fascinating chapter of its own. These were the times when lads with oversized scrotum leapt from choppers and wrestled live animals to the ground, providing the initial stock for what now is a thriving deer farming industry. Funnily enough, some of those stories didn’t end that well, but Fiordland has many tales to tell and the history is fascinating.

Blue cod are the most prevalent species and rate highly in terms of eating quality. The fishery has been thrashed over the years by recreational and commercial interests (including cod potting); however, on July 1, 2020, strict new catch limits were implemented in an attempt to rebuild the fishery. In the sounds themselves, limits have been drastically reduced, as has the ability to accumulate the catch over several days, and cod pots are banned. Any cod brought ashore must be in a measurable state – i.e. whole or gutted. As blue cod are a territorial species, areas can be easily overfished, especially when limits are not well managed. If you fish where the cod are, they’re easy to catch on baits, kabura-style lures and small jigs as they’re quite aggressive feeders. 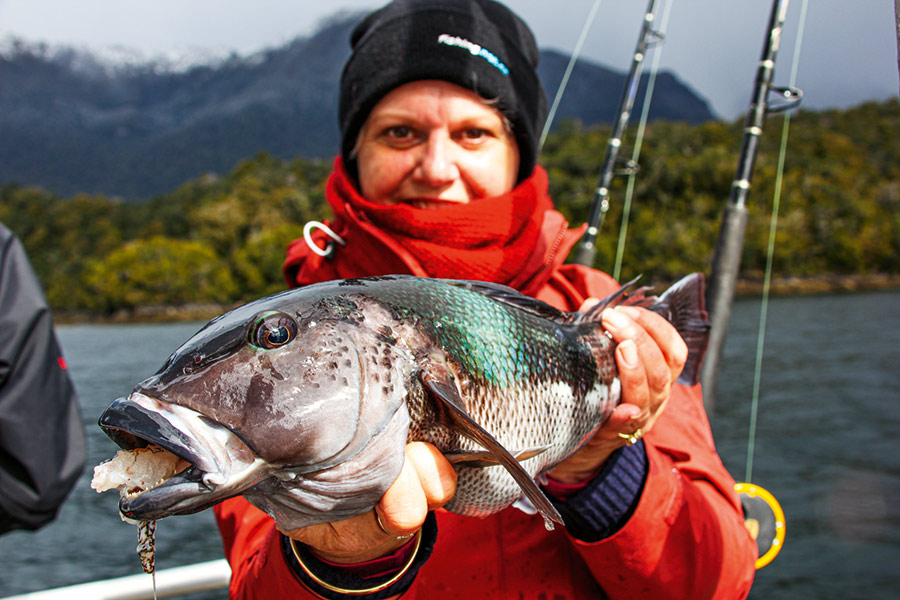 In February/March, the southern bluefin tuna migration begins and they can be caught trolling on the coast and even in the sounds themselves. Southern bluefin are exceptionally good eating, especially as sashimi. Summer/autumn is also the time for kingfish to turn up in the sounds and anglers can enjoy some excellent jigging and topwater action.

Tarakihi and gurnard are often caught while targeting cod and as the sounds are hundreds of metres deep in places, hapuku (groper) are also on the list of species to catch. We scored a nice pup ‘puka in 55m at Supper Cove on our last night before we flew out! A pup 'puka plucked from the rich Fiordland waters.

On the fishing front, there are many options and there’s always something to do irrespective of the conditions.

It rains a bit in Fiordland and that has created a unique environment. A layer of discoloured freshwater sits on top of the salt inside the sounds and while the visibility is excellent, it’s a tad darker than what you’d be used to in similar saltwater conditions. What this means is that you’ll see black coral, which is hundreds of years old, in as little as 15-20m and tarakihi at similar depths. The diving is simply sensational. You’re likely to see more crayfish than you’ve seen on any dive before and some real horse-sized models to boot. The water temp is chilly and gets down to around 10 degrees over the winter months. We had 12-13 degrees, but a 5mm suit with good seals plus a 2mm light under-vest was fine for a full tank dive. Getting in and out of cold wet gear was jarring but some warm water from the outside shower will prevent the more important bits of your anatomy from going numb. Weight-belts and tanks are supplied – check your weight-belt before you leave home so you know exactly how much you’ll need. Ensure you have all your gear checked/serviced before you go and it’s a good idea to take a spare mask and a torch with new batteries. 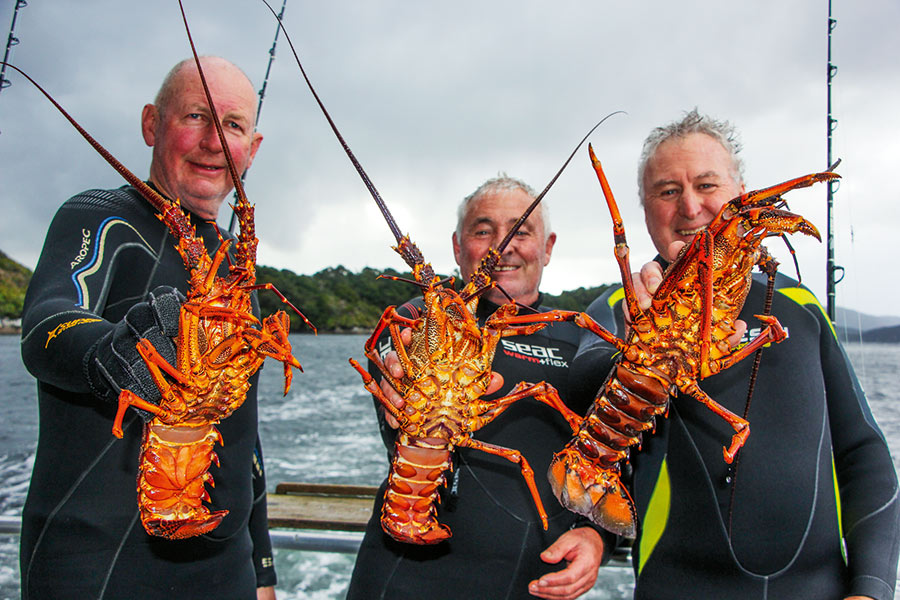 Dusky Sound is a divers paradise.

Fiordland is renowned for some excellent hunting (red deer and wapiti) and your crew can put you into areas where they know there’s a good chance of bagging something for the BBQ! It’s certainly not a place where you’d want to get lost so I wouldn’t recommend it for complete newbies. Appropriate clothing and safety equipment, including an EBIRB/PLB and GPS, is essential. You’ll need a DoC hunting permit and these are available free at your nearest DoC office or online.

Walks: There are a number of short walks to key places of interest and your crew will point you in the right direction for the best options.

Kayaking: Fiordland Expeditions have kayaks on the Tutoko II and there are plenty of opportunities to explore the nooks and crannies the mothership can’t access and get some exercise while you’re at it. Keep an eye out for some of the tastiest mussels you’ll ever eat as you paddle about in paradise. 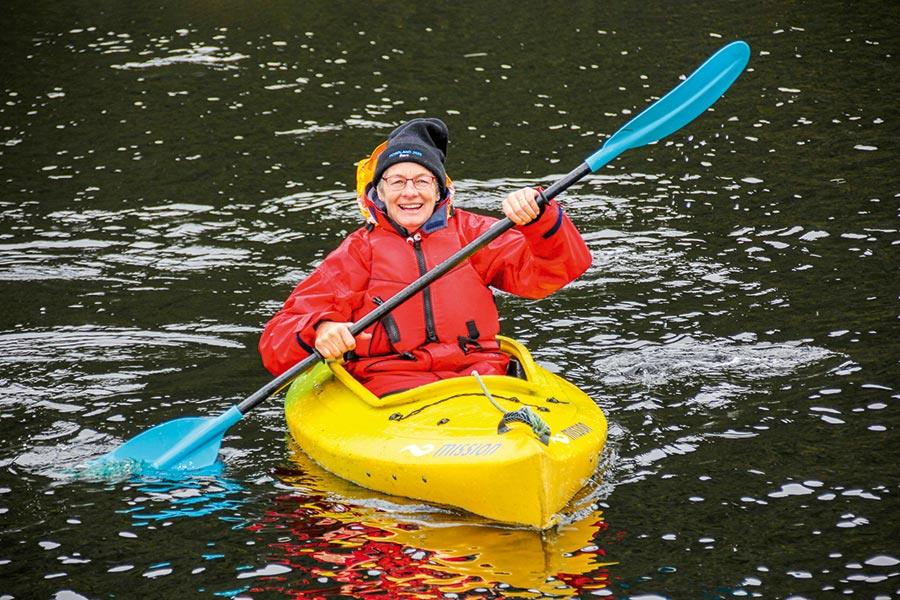 There's plenty to keep you occupied when not fishing or diving.

Do take the chopper ride either in or out. The spectacular scenery goes up another notch once you get in the air and taking off/landing on the boat is something you need to do at least once in a lifetime. It’s also a great option for anyone who experiences sea-sickness. Another plus is you can be fishing or diving within an hour or so of leaving Te Anau!

Do take some insect repellent to keep the sandflies at bay – Bushman’s 80% deet is the ticket, especially if you plan to do any walks.

Do take suitable clothing. Waterproof clothing is essential, matched with layers to suit the conditions. Don’t overpack – just take enough for the time you’ll be on the boat, especially if you’re taking a chopper as space/weight is limited.

Don’t forget critical items like medications and essential spares as there are no local Four Square stores once you hit the water.

Don’t expect any internet coverage. Wave goodbye to Facebook feeds, Insta stories and email for a few days. Enjoy being off the grid and relax (the boat will have satellite comms in the event of any emergencies).