Ever wondered what to do on a chilly winter with not a breath of wind, the fog is just lifting, and everyone in the house is still tucked up in bed, so you’re not allowed to do any chores in case you wake them up? Ben Francis reckons he has the answer: sneak away for a fishing trip!

However, getting the boat hitched up and the gear loaded can be noisy too, so a little forward planning is needed (perhaps the night before?) if you are to take advantage of the opportunity.

I have fished the west coast since I was a wee tacker, starting with inner harbour fishing from a 14-foot Fyran with my parents; some of my most memorable fishing trips are from those early days. Since then I’ve managed to work my way up to a more substantial rig and have made hundreds of crossings through the notorious Manukau Bar, experiencing some incredible fishing in the process.

So, with that bit of background about me and my fishing revealed, it’s fairly obvious fishing has played a big part in my life, and sees me out on the water at every opportunity.

I therefore cannot understand why so many people pack away their gear and cover up their boats for the winter – this is a foreign concept to me, and prompted me to write this article (and its sequel), which will focus on winter bottom fishing over the bar, and inside the Manukau Harbour, respectively.

The west coast is an interesting place, with untouched shorelines that boast incredible native bush and scenery. Fortunately, it is the coast’s rugged nature that serves as a moderator for those who might potentially hammer the fish stocks. The area and conditions certainly demand respect, and the opportunities to head out over the Manukau Bar are limited all year round, but especially during winter. However, when the opportunity presents itself, your efforts can be handsomely rewarded.

I won’t cover the logistics of crossing the Manukau Bar in this piece, other than to say it requires preparation and consultation with experienced people who understand the dynamics of the area. Safety is paramount and no risks should be taken. No fish is worth your life! 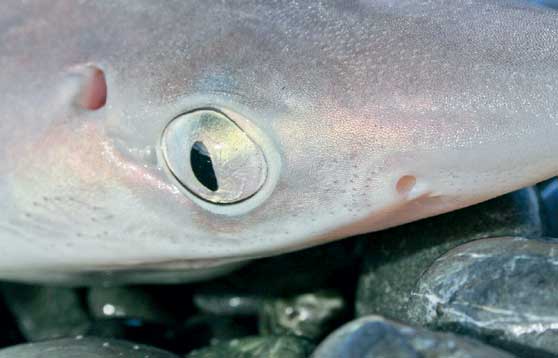 Once you have made your bar crossing and you’re out into the Tasman Sea, where do you go? This is a good question and one that I am often asked by those who haven’t fished the area before – or have, but without much success. The thing with the coast off the Manukau is that structure is very hard to come by, so the majority of the fishing takes place over a featureless, silty and sandy bottom.

This makes specific spots difficult to pinpoint, leading to local fishers working particular depths rather than a specific spot. For example, during the winter months the fish tend to move out to deeper water, so I personally fish anywhere between the 40m and 70m contours.

Once the depth range has been determined, the next decision is whether to go north or south of the bar. This is a personal choice, so ask any local and chances are you’ll get different opinions. Having said that, if heading south seems more sensible – especially if using the South Channel to exit the harbour – common areas where people tend to focus their efforts include Hamiltons Gap and Cochranes Gap. Personally, I tend to fish north of the bar and focus my efforts anywhere between Whatipu and Piha; there are some little bits of low-lying structure along this stretch of the coast, though they’re very difficult to find.

At this point I want to point out something that catches out many fishermen on the West Coast: the KISS principle. Keep It Simple, Stupid! Keeping things basic is an important component of my fishing; many of the people who come out with me have commented on the simplicity of the methods we use. I’ve developed this philosophy after a few years of being able to fish the coast a couple of times a week (ah, the university lifestyle, now long gone…). I appreciate anglers have their own methods and opinions, but the following are mine and have produced many happy anglers over the years.

Now that you’ve come to a place you want fish, drop the anchor. For some reason drifting just doesn’t seem to work very well outside the Manukau, and many successful west coast fishermen will back this up. Some people will question this, especially if they are fans of fishing lures, which is another contentious point for me, as I strictly fish with bait on a simple ledger rig. Some may think this is narrow-minded, but I’ve spent countless hours using artificial baits on the west coast and the results just don’t stack up when compared to bait.

With the boat now anchored, it’s time to get into the fishing. As mentioned previously, I use a simple homemade ledger-rig, with or without flasher material incorporated. Bling, or lack of it, can be important. Some days flasher material will be advantageous and some days its presence will actually discourage the fish from biting. On any given day it’s worth trying both and seeing which works best. I’ve often found in winter, when the fish can be a bit shy, a bait on a hook without the flasher will out-fish a flasher rig with the same bait 10:1. If, on the other hand, there are gurnard around, flasher material may be advantageous. So see what’s working and adjust your rigs accordingly.

Another important point is the colour of your trace material. I suggest sticking to clear, green or blue. High-vis line will invariably attract bites from sharks, sharks and more sharks. Sharks can be a problem with any rig, but any aspect that reduces the chances of catching them is a good thing. I take as many as 25 rigs with me for a day of snapper fishing, and sometimes go through all of them. Learning to make your own rigs will save you money and it’s satisfying when you catch fish on them. Bait selection is important too, and can be the difference between catching and going home empty-handed. My staples are skipjack tuna and squid, with their use generally resulting in a good day. When things are hard, adding pilchards to the mix can make a big difference, with fresh jack mackerel and kahawai also good choices. Be sure to skin the kahawai though as it still holds on a hook pretty well and can be deadly on snapper.

It may seem unusual that I haven’t mentioned berley by now. That is for good reason: I never ever use berley on the west coast. As I alluded to before, the sharks off the west coast can be a major nuisance, with tope, spiny dogfish and blue sharks being the main rig-destroying culprits. So why not just move to escape the sharks? Again, patience is the key to fishing the west coast; I will very seldom move spots. Instead, I fish through the sharks and nontarget species, and let the target species find me. My general rule of thumb is that if we don’t have snapper in the bin after an hour or two, I’ll try another area – otherwise, I’ll stay put.

Fishing baits on the bottom will attract most of the main target species, which in turn attract more fish, creating a domino effect that sees a good congregation feeding below the boat. At this point the sharks often disappear, because the snapper work themselves into a feeding frenzy and beat the other species to the baits.

Make sure there is always a baited rig down, because as quickly as the fish arrive they can leave if their interest is lost.

Fishing this way is effective for catching all the available inshore species, such as snapper, gurnard, kahawai, trevally and the very occasional tarakihi. However, it is also well worth putting a live bait out, as the number of kingfish has increased markedly in the past three or four years. Use either a balloon-rigged bait or a live bait hard on the bottom (which can also attract a trophy snapper!).

That pretty much covers bottom fishing on the west coast – there isn’t much more to it. So just keep it simple and you’ll have fresh fish for your family – and your neighbours’ families too if you want to catch your quota! 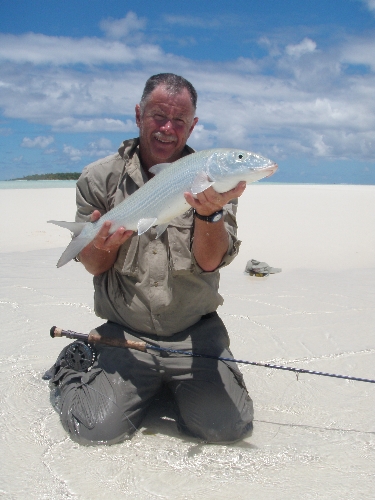