Jason Neute explores the joy of learning a new fishery

As a kid I loved fishing on the west coast with my old man. Some of our favourite spots were Flat Rock (Muriwai), Whatipu, Whites Beach/Anawhata and Dawson’s Ledge (Piha). We would set the kontiki off Flat Rock or further up the beach and surf-cast from the rocks at Dawsons Ledge, Whatipu or Anawhata.

Fishing the west coast never disappointed: it was very productive and ruggedly spectacular. It remains so today, and 35 years on I am still fishing it, though recently I started venturing onto the Kaipara Harbour.

So when large surf at Muriwai prevented my mate Pea and me from launching our 12-foot (3.4m) tinny, we drove out to the Kaipara and launched from Shelly Beach instead. Not knowing the area, we fished blind and chose random spots to try.

Our first few trips were largely unproductive, except for the odd big gurnard, a couple of kahawai and a snapper or two. We only fished the harbour a handful of times when we couldn’t launch from the beach. 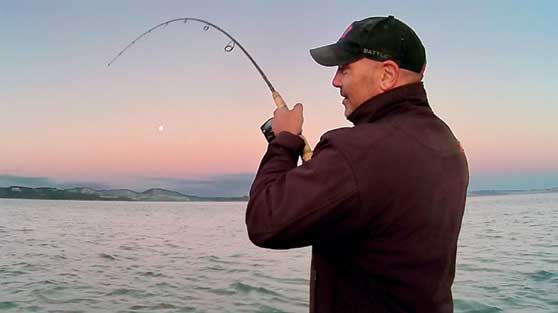 Approximately three years ago I met Darren Faber through another fishing buddy. Darren is an experienced Kaipara fisherman who lives at Shelly Beach. He became my Kaipara mentor, and was willing to share his expert knowledge of the area. Over the past couple of seasons I have fished with him several times and my knowledge has increased so much I now sometimes venture onto the Kaipara without him. In fact, it has now become my favourite place to fish; I learn more about it each time I go there.

In the early days we didn’t expect much due to our lack of local knowledge, but Pea and I still caught plenty of 40cm snapper and the occasional 60cm specimen, thanks to the harbour’s abundance. Seeing other fishermen and charter boats fishing the Graveyard, I’d ask Darren why we weren’t doing the same, and he would explain you don’t need to fish the Graveyard with the crowds to enjoy great fishing.

I wonder, without the benefit of Darren’s knowledge, if we would still be catching only the odd gurnard and kahawai or maybe fishing the main channels or the Graveyard like everybody else? Most days I don’t have to go too far to produce top-quality table fish – just a couple of minutes or less from the boat ramp sometimes.

To fish the Kaipara I’d always thought heavy sinkers on heavyduty gear was required to keep your bait on the bottom. But Darren taught us to fish on the banks and in the smaller feeder channels away from the main channels. There we were able to stray-line or use soft-baits with ¼-1oz jig heads/sinkers attached to 2500-4000 size spinning reels matched to 4-8 kilo rods. This light, sporting gear is fun to use and always provides an exciting day’s fishing.

Most days we take time to explore a variety of spots at different states of the tide. Our little tinny doesn’t have a fish-finder, so we have to rely on the knowledge we’ve gained over time.

The importance of having local knowledge cannot be underestimated, providing critical information such as: the right times to fish; the best tides; and where the sandbars and currents are located. Without a sounder it’s difficult to judge where the sand banks are in relation to the channels, and sometimes we end up fishing in only a couple of metres of water – but still find good fish.

Darren loves his soft-baiting and does very well in the Kaipara. He knows all the spots and the best times of year to get results. I’ve caught a couple of nice fish to 60cm on soft-baits, too, but usually we stray-line.

A small boat is a great way to fish the Kaipara: it’s easy to tow, easy to launch, provides a cheap day out on the water, and usually ends up with fish in the bin.

I plan to become very familiar with the harbour before venturing out in my own 5.8m boat. Some banks are dry at low tide and you have to know how to navigate them safely. Darren has told me plenty of stories of boats abruptly coming to a halt as they run up onto a bank, and guys in ankle-deep water trying to pull their boats off again.

Recently we have enjoyed great success with kingfish. Occasionally we see big bust-ups as large kingfish round up mullet against the banks; there’s white water everywhere, with mullet leaping right out to escape these predators. On calm, still days you can sometimes see the wakes made by packs of kings as they prowl up on the surface in search of food.

The Kaipara is a seasonal fishery: as one fish species thins out it’s replaced by another. The gurnard come on when most of the snapper leave, supplemented by trevally, kahawai, flounder and kings. And although the fishing slows down as the weather gets colder, with the smaller fish dispersing, the few snapper remaining are bigger and fighting fit. Darren catches fish all year round.

While fishing the Kaipara does involve a few logistical problems, the potential benefits far outweigh them, and it has become one of my favourite places to fish. While always worth the effort of the drive, it’s even better when I’m able to tee a trip up with Darren so I don’t have to tow the boat. We can be on the water in less than an hour after I leave home.

Sitting on the bank watching the sun go down at Shelly Beach, with oyster catchers and terns squalling by the the mighty Kaipara edge, I think Darren is living in paradise. This tranquil and peaceful little settlement is home to a handful of commercial-fishing boats chasing their small quotas of mullet and flounder. I hope this jewel of a place is treasured for many more generations to come. 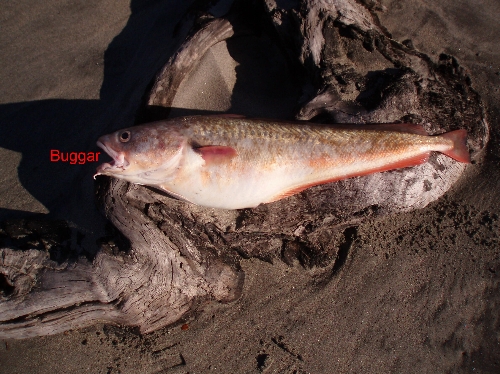