When heading out on a trip from downtown Auckland I regularly find myself drawn to go through the Motuihe Channel and plot a course towards the top of Coromandel. There are a few reasons for this: I like finding live bait between Waiheke and the Noises; it is a good direction to head for some shelter from easterly winds; and my journey is often interrupted by the numerous companies of gannets that call Gannet Rock or the Coromandel islands home.

However, the primary reason is probably the fact I have positive associations with the top of the Coromandel built up over years of fruitful fishing excursions.

I was first introduced to the area by Nik Hannam, who worked with my mum at Kelly Tarlton’s Aquarium. He kindly let this wee pup tag along on a road trip to Fletcher’s Bay – a remote spot at the end of a long, narrow gravel road on the north-eastern tip of Coromandel. Here, steep, green hill country rolls down to a gravel beach bounded by reefs and gutters extending well out to sea, where we slipped our kayaks into the clear, swirling water that races in and out with the tides.

Using the leftover Atlantic herring that Kelly Tarlton’s pernickety penguins had turned their noses up at earlier that week, we anchored the kayaks and used the strong current to take our berley and straylined baits over the submerged reefs or through the gaps between drying rocks. The baits would race out quickly with the current, and on almost every cast the pace would double as it was picked up by a big snapper!

We also landed on ordinarily inaccessible spots and fished off the rocks with similar success. To top things off, Nik jumped in the water and harvested his limit of crayfish on consecutive days – I was sold!

Nowadays I find myself fishing the broader area on our Hauraki Express charter boats utilising different tactics. If slow-jigging or kabura fishing is your thing, there aren’t many better drifting areas than in 45 metres of water and more out from Colville to right up past Channel Island.

There’s usually not much science involved, as often there are no birds and not much showing on the sounder. It’s a case of committing to long-drifts, and you will regularly stumble over patches of snapper with the odd kingfish, trevally, gurnard, and john dory thrown in for good measure. 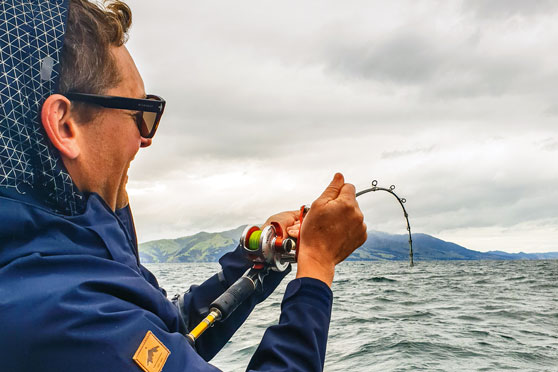 The snapper in this area are usually larger specimens than those found in other areas of the Gulf, and it fishes well year-round with autumn and winter being especially productive. On some days the sounder will light up, or the gannets will start working and you know there’s gonna be a few ‘Chahoos’ echoing around the boat!

If you happen to find yourself out there chasing snapper on lures on one of those rare glass-out days, it pays to move closer to Port Jackson – a high-current area that will give you some all important drift speed.

The northern coast between Port Jackson and The Pinnacles lends itself to soft-baiting. Erring on the side of heavier jig-heads is a good bet due to the current, and casting at the shoreline or downwind over reefs should result in a steady flow of hefty snapper.

In the more open sandy areas between the reefs, I have had good success dragging soft-bait lures along the bottom with old mate Rod Holder in charge as I cast and work another lure. It’s hard to admit, but sometimes Rod is the better fisher on the day!

And how could we forget about kingfish? The place has all the right ingredients, and apparent areas like Channel Island, Port Jackson Reef, Square Top Island and Lion Rock all have their day. Vary your technique depending on the depth and where the fish are holding, but slow-trolling live baits, vertical live bait dropping, balloon livebaiting at anchor, stickbaiting and jigging should all feature in your toolkit. A perusal of the chart will show a multitude of deep reefs where dropping livies can be deadly and as with snapper, the best fish tend to show up in autumn and winter.

If you don’t have a boat, don’t fret – the land-based fishing is superb, and access is simple with many good ledges bordering the road between Fantail Bay and Fletcher’s Bay. Kingfish patrol these ledges year-round and snapper fishing can fire at the change of light.

Although the territory is perfect for crayfish, they have become much scarcer in the last few decades due to a programme of heavy potting – to the point where on a boat trip last year from Auckland to Whitianga for the Extreme Boats Fishing Tournament, I was constantly side-stepping pots along the tip of the peninsula. My chart-plotter track looked like I’d already been accounting for the Heineken that awaited me at the tournament briefing! 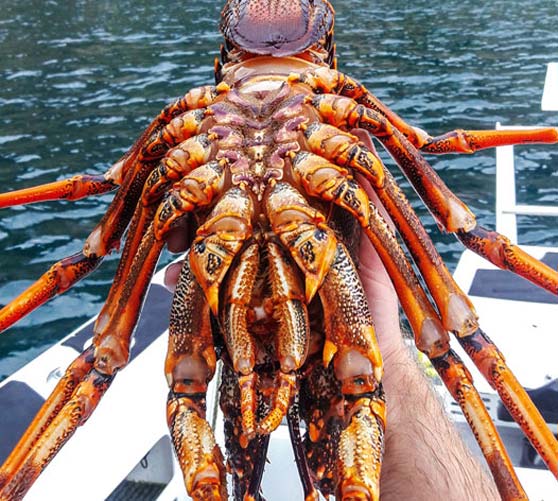 Your best bet if looking for crays is to snorkel in the shallow terrain hard against the shoreline where small nests can still be found. Hopefully, a reduction in commercial pressure and lower recreational bag limits following the TAC decrease will increase crayfish numbers in the coming years.

See you out there!

John Eichelsheim has caught no shortage of fish with the help of his old Lowrance fish finder, but after 13 years of use, he's finally decid... more > 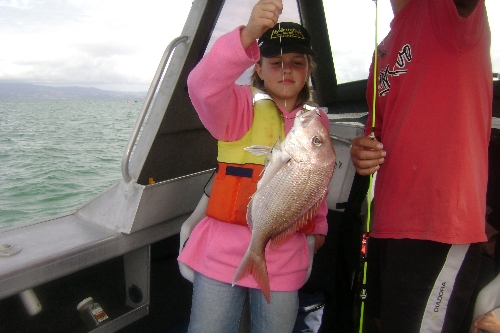