I’ve brewed a beer or two in my younger days, and some of them were even drinkable. Equipment and materials have changed significantly since and rather than producing something that had the aroma of grandad’s fishing socks and was rather challenging to even a hardened pallet, brewing a top-quality beer today is within the capabilities of anyone who enjoys an ale or two.

It was an easy “yes” when we were asked if we’d like to try brewing our own beer by the good folks at WilliamsWarn. They have been in the market for eight years, launching the WilliamsWarn® BrewMaster™ range in 2011 and more recently the BrewKeg™ in 2016. The BrewKeg™ comes in a range of sizes – 10L, 25L, 50L (and soon 150L!) which means there’s a beer kit to suit the needs of the home brewer and, on a larger scale, bars and restaurants wanting to produce their own branded offerings.

In June 2012, a WilliamsWarn brewer, who had only ever made two previous brews, won Gold for a Pilsner at the Asia Beer Awards beating 45 full-scale breweries, so there’s no question the system can produce a quality product.

Although we didn’t have the stopwatch on, I’d guess that it maybe took about 45 minutes from start to finish. Most importantly, for any blokes reading this in the Mancave, there’s one key thing to remember – follow the instructions, and the process is a breeze. Some people wing it and produce great beers, but there are some absolute basics that a newbie needs to know – well covered in the written instructions and videos supplied.

Josh Rudd and I were fortunate to have some expert assistance for our first brew – Aidan Hill is an experienced brewer who guided us through the steps, and they were very simple. A key element to success is cleanliness. The keg and all components need to be rinsed with a sterilising solution which takes a bit of time, but other than that, it’s just a matter of adding the malts, topping up with water and waiting patiently for the yeast to do its work over the next few days.

Following the fermentation which needs to run at between 20-30 degrees for 4-5 days, the company fridge was commandeered and rearranged to take the 10L keg. Chilling allows the finished yeast to drop to the sediment bowl at the bottom of the keg and the clarification process to begin. At this point, our patience gave way to enthusiasm, and it was time for some quality assurance! A soda stream bottle was tapped in, and the result was a slightly cloudy, perfectly carbonated, great-tasting beer made in about seven days. We were so pleased with the result we decided on this occasion to dispense with any additional clarification and concentrate on consumption – it was that good! The result, a quite quaffable Pilsner brewed in the office - a great summer project!

Our next brew is planned, and we’ll be experimenting with some extra hops and a full clarification to create a crystal-clear beer. We’re even looking at purchasing a dedicated fridge – froth levels are rising! RRP around $996. 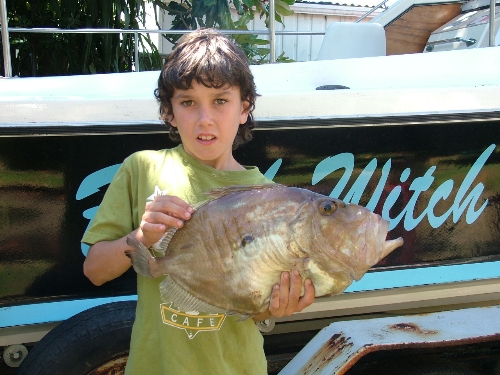 And mum thought I would never catch a johnnie - New Plymouth