Upstream on the Mataura – Book Review

Upstream on the Mataura

A fly fisher’s journey to source When you have fished the same waters almost every year since 1953, developing a close affinity with them is inevitable.

This was certainly the case for Doug Rillstone, touted as one of New Zealand’s best fly fishers, who has shared his passion for Southland’s Mataura River through the pages of this book.

This is a publication of two halves, to use rugby parlance. The first documents Doug’s 240-kilometre trek upstream, leaving the coast at Fortress to conclude at its source in the Eyre ranges.

Doug’s journey was not only one of personal satisfaction and achievement but serves to remind us of the fragility of our waterways and how easy it is to screw them up with our intensive farming; nutrient and effluent run-off; and ever-increasing demand for water.

“Deep down I want to speak for the rivers; say something on their behalf, because while they can speak for themselves, too few are listening.”

The Mataura, world-renowned as one of the best dry fly, brown trout fisheries on the planet, is a waterway worth preserving. The author says his book is a plea for the guardianship of all our waterways. It is best consumed in small bites, like a good chocolate, savouring every mouthful and with some anticipation of many more moorish lumps to come.

The second half contains 12 stories which traverse Dougal’s connection with the river, from his earliest recollections through to the present. These chapters are more in the vein of your standard fishing manuscripts where the author shares tales of his days on the water, among good friends, family and plenty of fish. 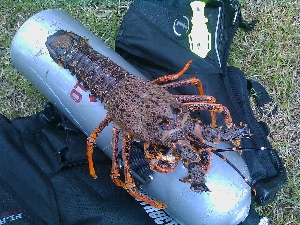