The Shimano Dotera Baku Baku lures are the ‘big brothers’ of the Tiger Baku Bakus from the same manufacturer and have their own unique design features.

I only had a small selection of the 120g models to fish, so cannot comment on the catching ability of the full range of four colours – however, I can vouch for the Orange Glow and Pink Glow’s solid performance.

Bream Bay has been fishing exceptionally well from late winter right throughout spring, with the action not only confined to the concentrated bait work-ups but spread consistently from less than 20 metres out to 40 metres plus depths. It was a good testing ground for the lures which were consistent performers, holding their own against other lures and soft-baits.

When targeting snapper around the work-ups, it is often difficult to get your lure down to the target species as they have to run the gauntlet of ‘rat’ kingfish and kahawai.

The Dotera Baku Baku lures are designed specifically to get to the bottom quickly, thanks to a unique tear-drop design that Shimano says has a 15 percent faster drop-rate than many of its peers. The same applies in reverse when the lure is being retrieved – the lesser resistance makes this an easier wind.

When you come across sign on the sounder, the Dotera Baku Baku’s quick descent enables you to pinpoint your lure placement more accurately. Pointing the rod tip at the direction of the descent also helps.

Interestingly, I managed to hook fish on the drop despite the apparent speedy descent, so you need to be prepared for this and be ready to tighten up. Once on the bottom, if the lure hadn’t been nailed on the way down, I deployed the standard ‘slow-jig’ style – slow lifts of the rod combined with a couple of winds, repeated until around five metres of line is retrieved, before dropping the lure back to the bottom to repeat again. Quite often that first lift, as the lure comes away from the bottom, is when it will be nailed.

I fished these lures with success on two outfits – one is a Shimano Energy Concept inshore slow-jig rod with a Trinidad 10A overhead reel; the other is one of the earlier Shimano JDM Game Engetsu rods with a Tranx 300 reel – both spooled with Kariki SX8 braid. While these two outfits have two completely different actions – the game Engetsu is super-fast with a foldaway tip section – both enabled the lures to be worked as they were intended. 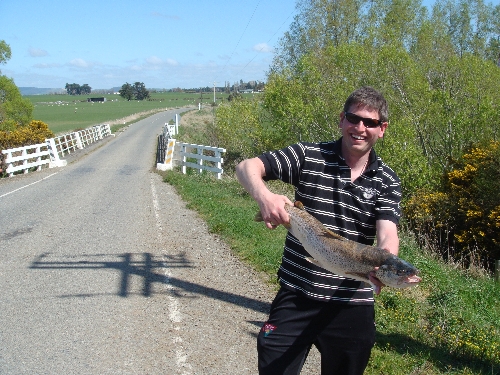