Most lures use one, and occasionally two, bite triggers in their design – the Glowbite Grumpy Fish contains four.

Light, movement, smell and sound all feature in the Grumpy Fish’s make-up, making them an effective lure, especially at depth.

The Glowbite story is by now well-known. Creator Wes Braddock was watching one of his children’s toys that incorporated a flashing light. The innovator in Wes came to the fore as he contemplated including a flash in a lure. Contemplation soon turned to action, and he kicked things off with a slider-style lure initially, before also adding jig heads to the range in one and half-ounce weights. The light is activated as soon as the lure hits the water, and quickly rotates through colours every second with a battery life of at least 50 hours.

The Lightning Rod jigs were next, and I recall the interest Glowbite products created the first time it was released at the NZ Boat Show. Anglers were intrigued, if not a little sceptical, but to Wes’ credit, he plugged away at the development of the range while teaching full time.

The more people used them, obviously, the more fish were being caught, and there have been some great catches recorded. Knowing there was a community of people already using his lures, Wes created Fishing Innovators, where he invited anglers to subscribe and be part of the field test crew, as well as receive special offers. It has been a great way to encourage more innovation as he gives the community a chance to put their own ideas forward for new lures.

Now added to the mix are Disco Clips, which add light to the likes of dropper rigs; Dragsters, a flounder-like imitation, and the brand new Grumpy Fish. The latter is a kabura-style lure that features a lead fish-like head and a tough tail. What sets this lure apart from any other I am aware of on the market is that it has four bite triggers. Wes is claiming that it is the “most technically advanced lure of its kind in the world.” 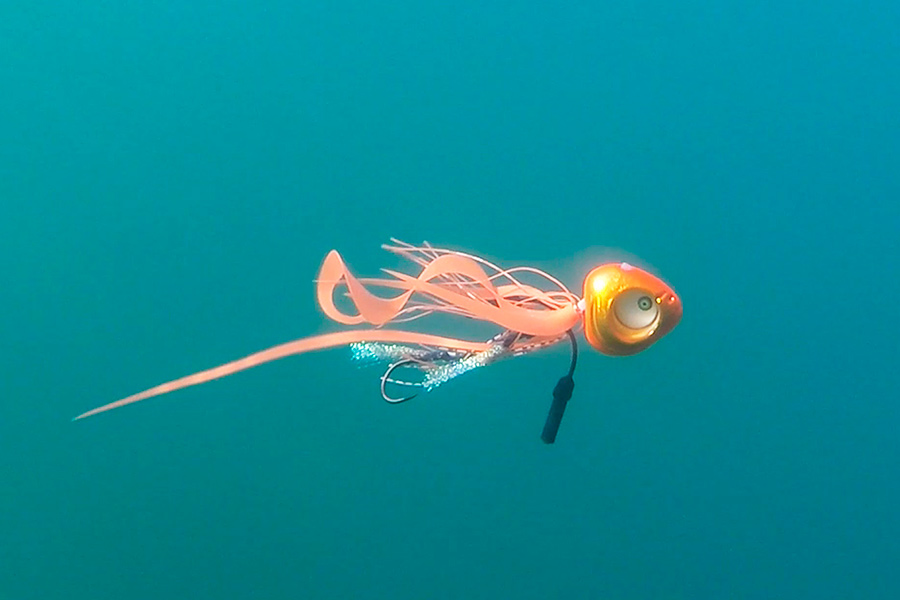 Stressed Fish Flash: A flashing light that imitates the reflection of a stressed bait fish. The light lasts more than 70 hours in water with improved on/off activation.

Fish Attractant Dispenser: To add a little smell, there is a purpose-built cavity in the lure head to insert your favourite fish attractant sauce.

Dinner Bells Rattles: These rattles add sound and vibration. These have been have tested extensively by Wes and fish love them. They also cushion your leader knot.

Twin Tails: The straight tail component is ideal for a slow drift, while the curly one comes alive at speeds greater than one knot, adding life-like movement to the lure.

Hook Placement Technology: Stiffer assist cords and hook flies increase drag on the hooks and keep them up in the lure skirt where the fish are biting.

The lures are available in a range of four colours and a variety of weights. Armed with high-quality Owner 2/0 Gorilla hooks, these are exceptionally sharp, strong and rust resistant.

Topping off the features is a Teflon line protector – a tube that runs through the head to eliminate leader wear. 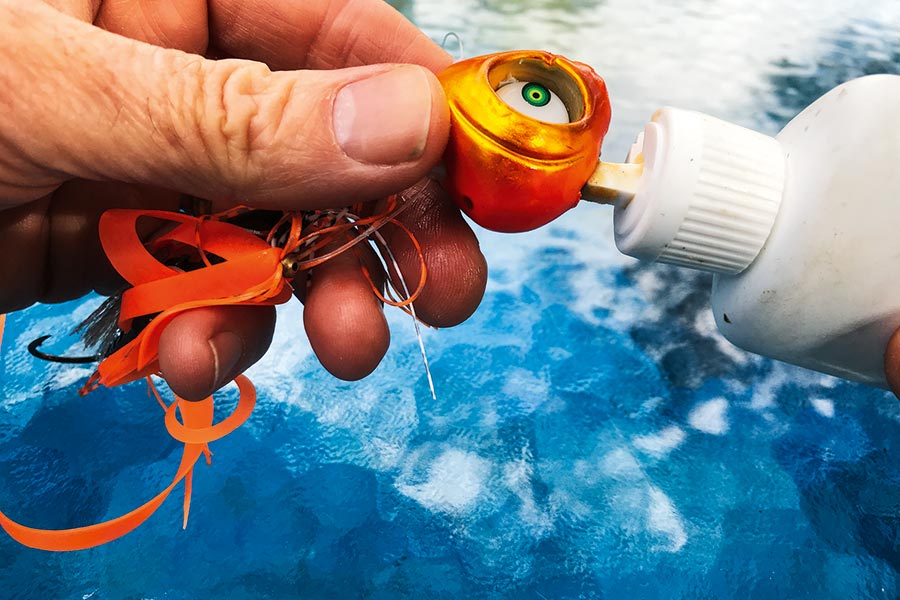 Anglers can add their favourite scent to the Grumpy Fish, which only makes the lure more attractive.

This summer has been a strange one for me. When the weather was right, I had commitments that kept me off the water, so had limited time to put the Grumpy Fish through its paces.

Wes, Ethan Neville and I tried several times to get out for a test day, but the easterly weather held us back. When we did finally get on the water, the Maori Calendar was suggesting we stay home and mow the lawn.

We missed the best bite time due to a dangerous Mangawhai bar so struggled for fish, even though they were showing on the sounder tucked hard on the bottom. Nothing would make them bite. With barely enough fish in the bin for a feed, we started making tracks for home when we came across a patch of birds sitting on the water, with a smattering of snapper up off the bottom beneath them. This was all we needed and soon the Grumpy Fish were doing what they do best – catching fish.

The action was over almost as soon as it started, but in that short period we put enough snapper in the bin to feed family and friends – whew, dodged a bullet!

While there we no monsters, there is no doubt as to the effectiveness of the lure. You only need to look up Fishing Innovators online to see some great catches credited to Grumpy Fish.

Wes has other lures in the pipeline. The next cab off the rank will be the Jack Flash, a flutter-style jig for snapper and kingfish. Watch this space.

Go to www.fishinginnovators.co.nz for video tips and tricks on how to rig and fish these deadly lures, as well as share in some great catches.

Marlin from a Tinny September 2021

Chasing marlin takes Hauraki Gulf charter skipper Nick Jones a little out of his comfort zone, and doing it from a small alloy dinghy only a... more > 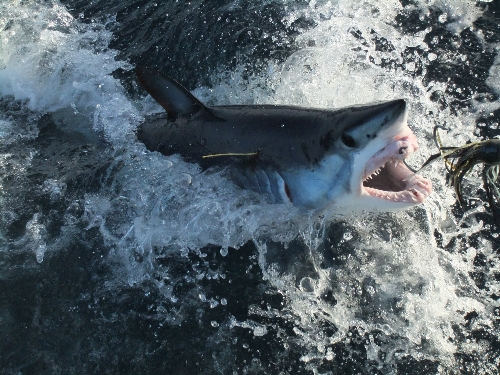 thatâ€™s amazing as fishing was so poor...
REMINDER

buying a jacking plate but that moves t...
How useful are cameras for Drone Fishing?

and none are going to admit using the c...
tauranga fishing

Give me a shout kitno whenever youâ€™re...
Auckland Yakkers