There is a reason fishermen add flashing lights to their terminal tackle when deep dropping for the likes of hapuku, marlin and swordfish – it attracts the target species to the hook-loaded bait in the darkness. If it works for the cellar dwellers, why wouldn’t it do the same job for our inshore species such as snapper, kingfish, cod and the like. Some five or so years ago Wes Braddock, who at the time was teaching in the Far North, was pondering a similar question as he observed an LED light flashing in a child’s toy. Being the inquisitive fellow that he is, Wes created a slider style lure that incorporated an LED flashing light and when fishing it in a controlled situation side by side with an un-lit lure, he discovered it attracted three times the attention from the fish population. To cut a long story short, Wes, with the help from some crowd- funding, last year brought the patented lure to market, launching it at the May Hutchwilco NZ Boat show in Auckland. 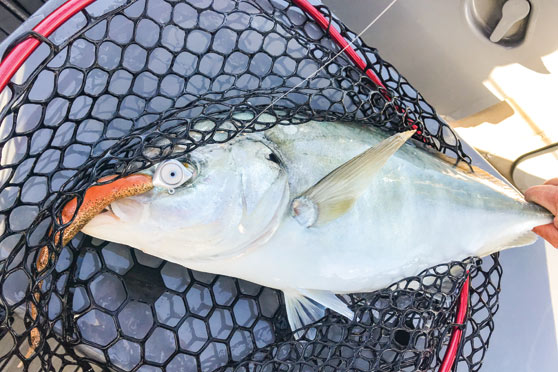 Glowbite Lures were established on the New Zealand market and came in four colours (orange, green, yellow and pink), and three weights (60, 85 and 110g) and soon there were plenty of images appearing on social media of good fish with Glowbites hanging out of their gobs. Taking the flashing LED idea further, Wes developed a jighead that incorporated his concept, initially producing a 5/0 – one ounce head based around quality Owner hooks. Just before Christmas a 3/0 – half ounce option was added and Wes is considering other models with various hook sizes and head weights. The big question is...do they work? There are lots of product on retailer’s displays that catch more fishermen than fish – might Glowbites be one of them? It has been my experience with Glowbite product that it meets its manufacturer’s claims. To date I have caught snapper, kingfish, trevally and john dory on both the lures and jigheads and find the latter are at their best in deeper waters – 40 metres plus. When using the jigheads, which are bulkier than their conventional counterparts, I prefer to fish larger soft-bait tails – mainly 7” jerkshads. While the jighead’s serrations hold onto the tails okay, I find that after a while the attention of smaller fish attacking the tail repeatedly will pull the tail down the hook. To fix this, I will sometimes use a dab of Superglue to retain the tail on the jighead. If you are lucky enough to be in the company of reasonable-sized fish which tend to attack the whole bait, then the former is not an issue. I have recently discovered some new, larger soft-baits (10” Z-Man Heroz available through Hunting and Fishing stores) which I intend to fish very deep for snapper (80-100m) and think the larger one- ounce Glowbite jigheads will make a deadly combination. Watch this space! 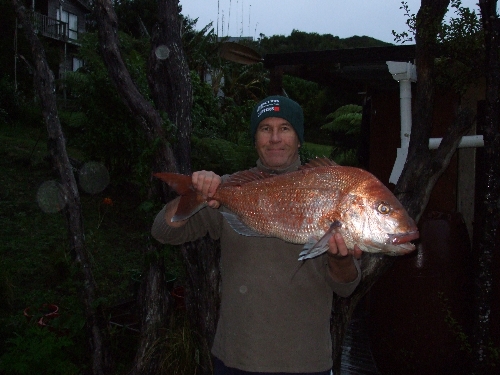