An important aspect of our vehicles’ role is the ability to tow large trailer boats – not only our own two Extreme 610 and 700 Game King project boats, but those of our customers’ from time to time. 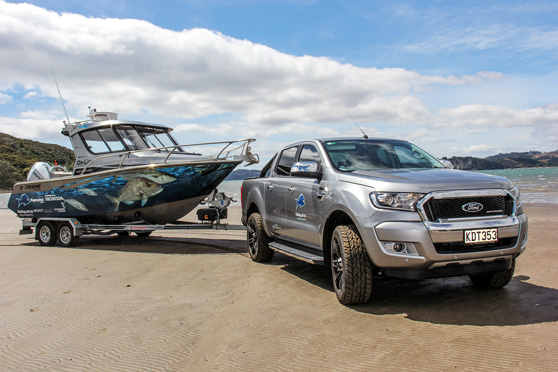 In this department, the Ranger Extreme R's excel. They are, without a doubt, best in class. This is not just our opinion, but the opinion of many motoring experts and journalists, who have repeatedly selected the Ranger as an award winner. And it is not just the motoring hacks who love this model – so does the New Zealand public, who purchase twice as many Rangers as any of its competitors.

It’s not hard to work out why. At the heart of the Ranger Extreme R is the five-cylinder, 3.2-litre diesel engine driving through a six-speed gearbox. (It is not rocket science – a big engine does not suffer the wear and tear a smaller, highly-boosted power plant does.) This provides the Extreme R with plenty of low-down grunt, which is particularly noticeable on the hills with the boat on behind: it just keeps on keeping on – big on power, but small on appetite. Check out more from Pacific Motor Group - the exclusive supplier of the Extreme R here. 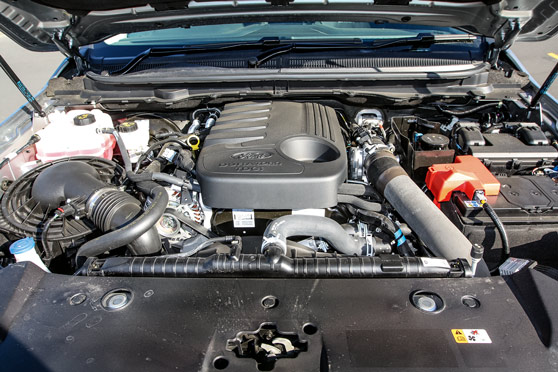 The changes in the upgraded standard XLT model include an updated SYNC3 operating system that is as easy to operate as your phone.

There is also an eight-inch colour touch screen that’s much more responsive and easy to see, even in direct sunlight or when the driver is wearing polarised sunglasses. It features a new satellite navigation system that is menu-driven and easy to use, with real-time traffic updates along with the latest mapping. The system is fully voice activated, so your hands stay on the wheel and your eyes on the road. 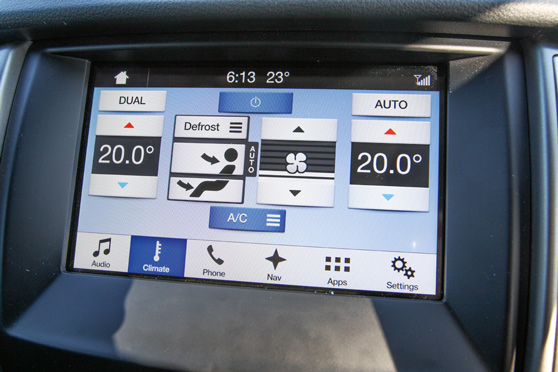 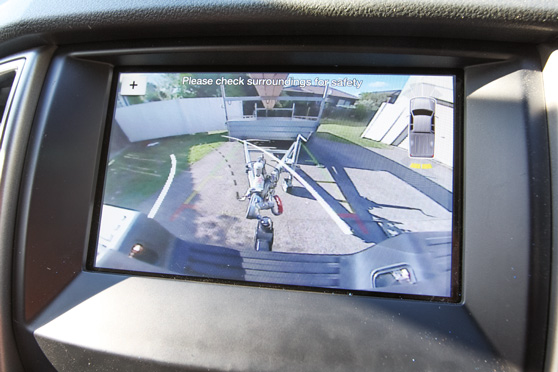 The Rangers were based and developed on the rugged F-250 trucks – no one does the American pick-up look better than Ford – creating a great platform on which to further enhance and personalise these vehicles.

A bespoke grill makes these Rangers stand out, along with 20-inch EVR Fang wheels and all-terrain tyres, not to mention the decals and badging.

Inside the cab, the smell of the new custom Pantera leather for the driver and passenger sport seats lingers. I was a little concerned when leather was first mooted; I was thinking wet, grubby fishing clothing and ‘flash’ leather wouldn’t be a good mix. But I need not have worried; they are probably easier to keep clean than the fabric versions.

We have also added a sports bar and a Utemaster tray lid, both of which help to set off the vehicle’s looks. 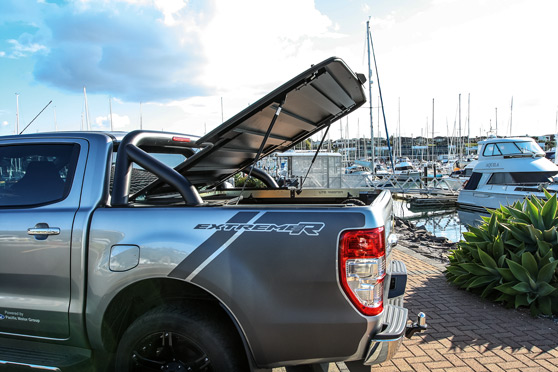 The result is a genuine head-turner, especially with either of the Extreme boats hooked on behind – and there are plenty of other after-market options worth adding to enhance the Ranger’s great on-road presence. More here.

As a busy charter captain, Tony Orton has the rare advantage of regularly fishing lures in some of the most fertile waters in NZ. After a lo... more >

It's generally accepted that fishing in low light yields better results than fishing during the full light of day, and fishing under a blazi... more > 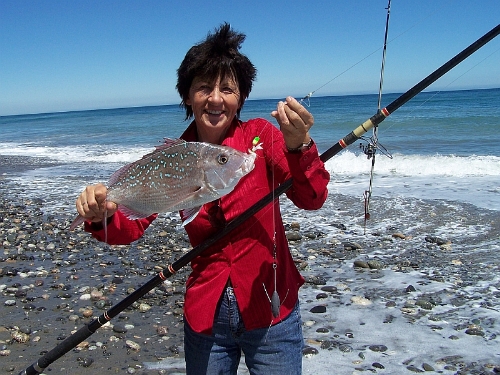