We have a problem at NZ Fishing Media with our company tow vehicles, but it’s not a bad thing.

The vehicles are sponsored by Ford NZ and are most often a utility. Part of the deal is that these are changed out on a regular basis and a canopy/lid is not included, these being an after-market option.

By chance at the 2020 Te Rakau Drive Boat Show, we had a stand beside Beaut Utes, and we got talking about their range of products and what sort of lid might suit us. The kicker was that it would need to be changed out several times a year with a minimum of fuss and time.

We settled on the Beaut Ute’s B.U.L lid, which is easy to fit and remove and does not need any drill holes – perfect for a vehicle that will change regularly. 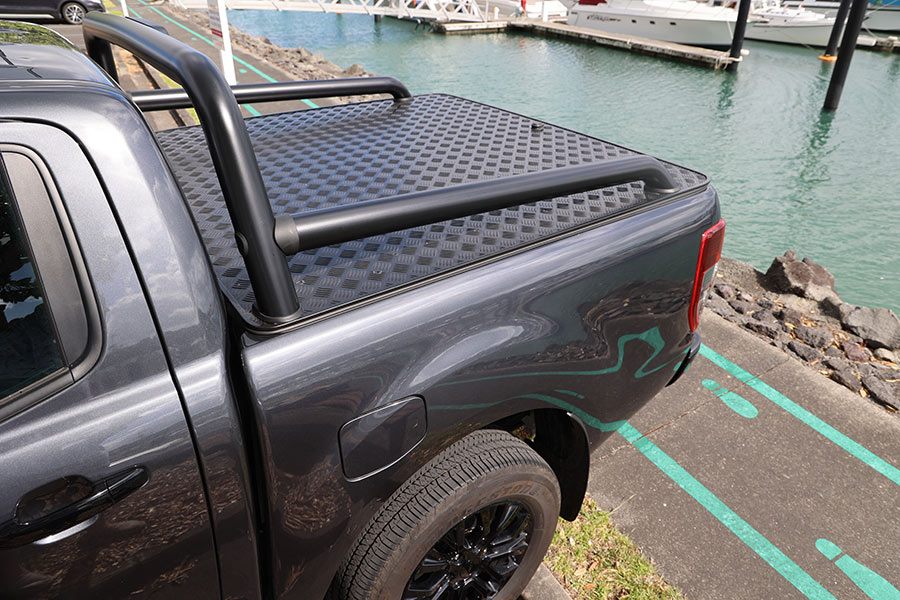 NZ Fishing Media needed lids to keep everything on the decks of its tow vehicles safe, dry and secure, and chose to run with the Beaut Utes B.U.L. 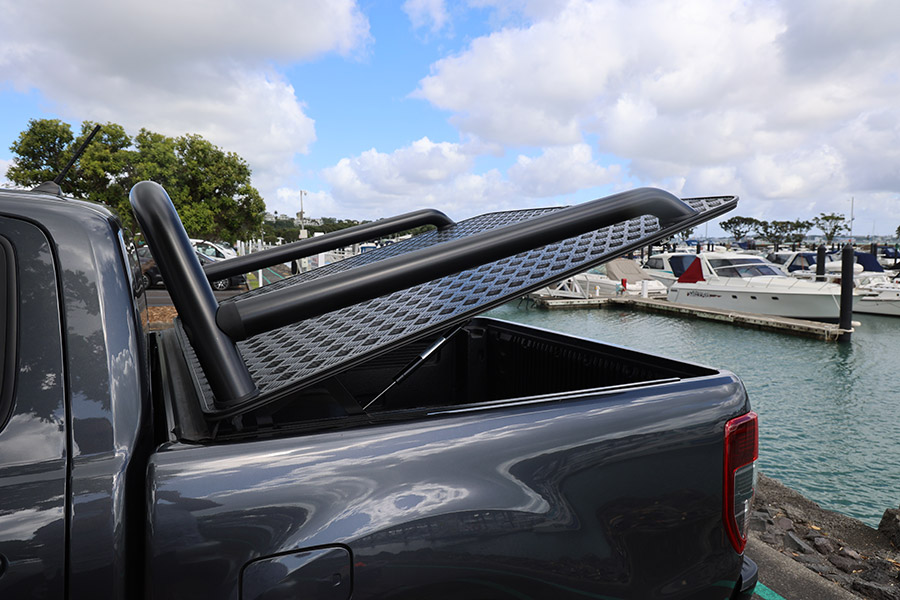 The other issue I thought might cause some problems was that my Ford Ranger FX4 comes with a sports bar – would that still work with a B.U.L lid?

No problems. The B.U.L already has a sports bar option, so no dramas – the existing FX4 bar option was included in the fitout. The bars also serve as useful tie down points when we load the deck externally. The lids are manufactured from three-millimetre alloy chequer plate and come with a 200kg payload rating. In practice, larger bins such as our 105l IceyTek can be carried on the lid rather than under it when travelling.

Normally the B.U.L lids come with load rails and there are optional tie down points available.

Raising the lid is a one-handed operation thanks to the lighter alloy construction. There is an internal light that illuminates the deck area, and the lid is held in the raised position by two struts.

Over the recent holiday period we had some serious rain at times, and I did wonder if the gear I had in the back of the vehicle would remain dry. This has not always been the case with other lids I have had on other vehicles, but I am pleased to report there were no such issues with the Beaut Utes B.U.L The contents were dry as a bone.

If you are a tradie, being able to secure equipment is paramount. The B.U.L lid is lockable which for me means I can keep gear under the lid knowing it is as secure as possible when left for extended periods at the likes of boat ramps.

While a utility lid is not the sexiest bit of kit to be writing about, it is an important one, especially given the amount of gear anglers need to keep safe and secure on a trip away.

Beaut Utes specialises in accessorising utility vehicles, whether they’re used for towing, four-wheel exploring or just as a work horse. 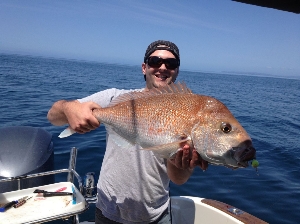 Check this bad boy out! - Between Tiri and Channel Island