Upon returning to the dock after a fishing trip, other fishermen’s eyes will often be drawn to your chilly-bin for a sign of whether you’ve been successful or not.

On those occasions when the bigger tails of your catch won’t fit in the bin, the next question will inevitably be, “Where’d you catch those?”

The subject of fishing spots is high on the list of discussion topics for most anglers. It is fair to say that some will return to certain spots time and time again because they enjoyed success there once or twice. This is not a necessarily a bad idea, but some spots only fish seasonally or when exactly the right set of circumstances arise. 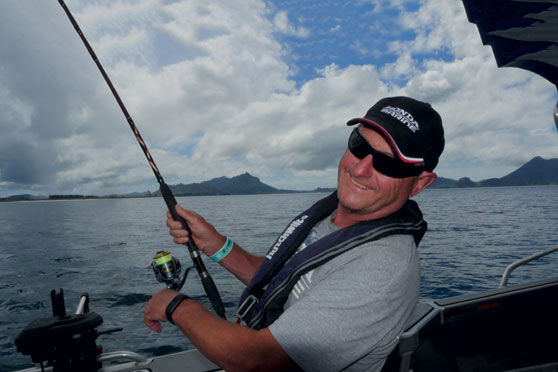 Another way anglers locate fish these days is by fishing amongst working birds or schooling fish. This is a fantastic way to find and target fish, but there will be days when you just can’t find the baitfish or the birds, forcing you to try other ways of finding the fish.

There are many reasons why fish are found in certain areas at certain times; by identifying the specific set of circumstances involved, you will be able to target the same conditions should they occur in the future again. Over time, as this type of information accumulates, you’ll have a better-than-average chance of catching fish most times you go out.

The first and most critical step is to keep a record/ diary of the spots you fish, when you fished them, and whether they fired. Modern marine electronics are great, because you can do this by marking the spot and adding notes to the waypoint.

When fishing a new area, it is important to give yourself a fighting chance. Talk to the locals first – fishing shops, clubs and websites are good for this – to get some pointers if possible. However, this information often needs some drilling down because it can be very general. For example, they might say ‘try the channel by the pine tree on the hill’. While this may well be good advice, you also need to know things such as: the time of day; state of the tide; what you catch there; and the best or favoured techniques…

If flying solo, there are lots of indicators that can help you find the fish. Channels are great spots to try, as they generally serve to fill and empty large coastal areas such as harbours and estuaries. They are deeper than the surrounding ground and typically get used by many species of fish as pathways in and out the area.

Channels have certain areas where currents converge, resulting in the food often becoming concentrated by the current’s force; it’s only natural many fish tend to be attracted in turn. 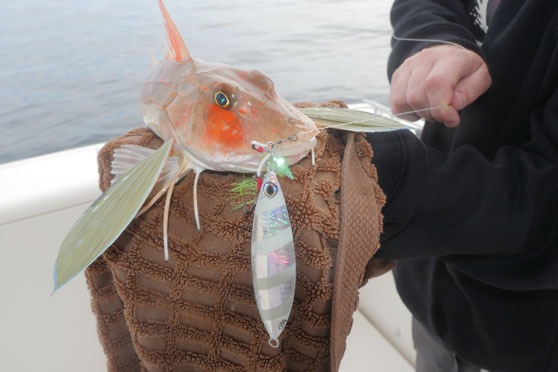 Channels are generally better suited to bottom fishing techniques, but some will be good for surface fishing if significant structure occurs within it. Techniques such as bait fishing and soft-baiting also work well. The greatest concentrations of fish tend to hold on the sloping channel edges.

Other significant areas to hold fish are holes and gutters (basically small channels) or areas of deeper water amongst surrounding ground of uniform depth. Again, these scenarios may only be a couple of metres deeper than the surrounding territory – but can be much deeper. Fish sit in these deeper holes because they offer extra security from the falling tide, or shelter from strong currents. Also, food items get swept into and accumulate in holes, or are uncovered by the current. If you find a good hole, try fishing each end of it, or drift through with baits to see if you get any interest. Many species of ground shark – such as dogfish and tope – will take up residence in a good hole, as will snapper and gurnard, which are generally found on the edges.

Surfcasters, particularly, recognise the importance of holes and gutters on a surf beach, and can identify their presence by the different water colour and shape of the swells as they pass over them.

A reef – usually rock – is relatively easy to spot, especially those that break the surface. However, those that are deeper down tend to disturb the current and produce surface turbulence that’s very visible, especially on calmer days. Any such structure affected by current is worth checking out, as are headlands and small islands.

The great thing about fishing around reefs is that you know food will be present. Creatures such as kina, crabs and shellfish live on them, while others use the structure for shelter and a source of food.

There are other, more subtle scenarios you can look for, too. Expanses of sea grass around sandbanks or sandbars are good places to check out. Quite often big fish will forage over this type of bottom during a rising tide or under the cover of darkness. They could include big snapper, kingfish, trevally or john dory. Such areas often contain shellfish beds, worms, shrimps and crabs, as well as an abundance of baitfish such as piper and mullet.

In deeper water, when targeting large predators such as kingfish, marlin and hapuku, look for closely spaced contour lines on maps or the GPS. It may be a depth change from 30–40 metres or 200–500 metres. A contour change works in the same way as a channel or hole, where the sudden depth change affects the currents, causing the food to be concentrated and/or pushed to the surface. Some of the more productive contour spots jut out like fingers, and are favoured for anglers targeting everything from kingfish, hapuku and bass, right through to trolling for marlin. One of the most challenging fish that swims, the mighty broadbill swordfish, also lives in this domain. However, you can also try using smaller flashers for great table fish such as tarakihi. 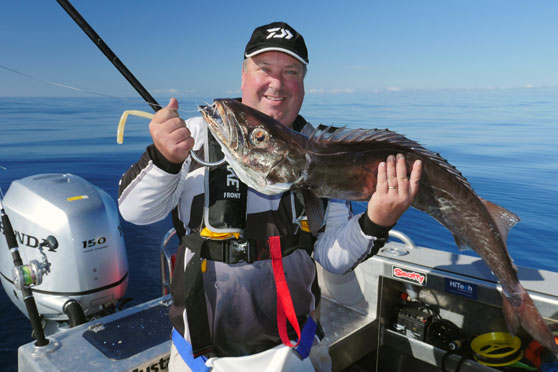 Finally, finding good fishing spots takes time. There may be a heap of productive spots in one small area or just one oasis in a relative desert. Always try fishing spots using a variety of techniques, and if your fishfinder tells you fish are present, be patient and work out how to catch them or make sure you are still there when they eventually bite. Caught on a speed jig this is a new PB @ 19lb. - Just outside Whangaparapara Great Barrier