While on a Coromandel springtime expedition, my brother and I fished from our kayaks in the same areas other people were fishing in boats, and later found we’d had better results than them.

We’d hit the water at 9am after an early morning drive from Auckland. It was Bro’s first kayak-fishing experience and his first time soft-bait fishing. He caught a solid 60cm snapper on his first cast, and it just got better from there. By 11am we were returning every fish we caught to the water.

Before then, he’d had no trouble landing his fish without a net or gaff. Our system involves grabbing the keepers through the gills (since they’re not going to be using those any more!), while the send-backers were grabbed by the trace (because if they pull free, so much the better). 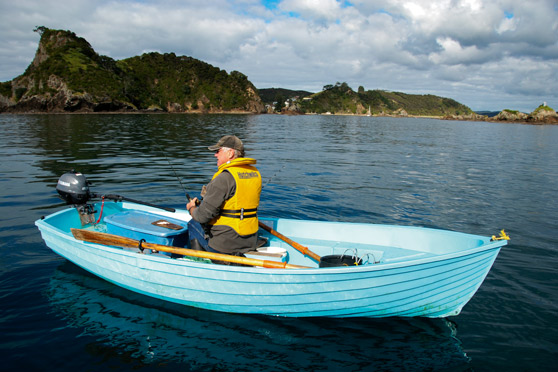 The actual fishing technique isn’t complicated at all: work out where the fish are and put something attractive in front of them.

How do we work out where the fish are? This, again, isn’t rocket science. In nearly all fishing scenarios, the fish we want will be where the most food is available for the least relative effort. In short, current, structure and food are very important elements, so look for them.

I always drift when using soft-baits. At some stage the current and/or wind will take me to where there’s some structure, which will be aggregating food and providing cover for predatory fish such as snapper and kingfish.

Conversely, my main bait-fishing method is stray-lining, where I position and anchor near structure located in the current. Then I get a major berley trail flowing. I don’t drift to the customers, they come to me. 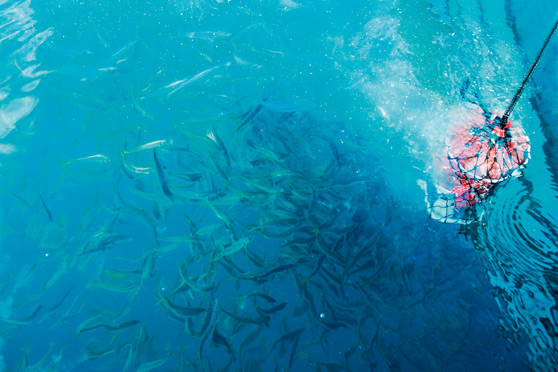 One of my present theories is that the fish I want to catch are not necessarily drawn to me by the berley, instead being attracted by the baitfish accumulating in a heavy berley stream.

Current, I have found, can seriously affect the fishing in all sorts of ways. It seems to me that predatory fish are most active and hungry when the tide is running the strongest. That means I favour the days with the greatest tidal variation. It also means that half-tide is good, because that’s when the flow is strongest. Look up the Rule of Twelfths for tide strength and use it. I have an idea that moon-phase theories for fish catching may relate more to tidal movement than any other factor.

Some things about structure

Waves wrap around structure and peak to varying degrees, depending on whether the structure is deep or shallow. I can pick reefs several metres underwater from what the waves are doing on the surface. Often – after checking later with a sounder on a bigger boat – these reefs can be as small as half a metre.

On New Zealand’s rocky coastlines, above-water structure often continues out to sea, sometimes for great distances. Even without sonar, you can usually determine shoreline features out to sea.

‘Fishing the wash’ is not necessarily about taking advantage of the white water providing predatory opportunity or cover. Instead, it may be the uneven rockery below the water providing better hunting grounds, hence accumulating the predators we ourselves are after.

Berley can accumulate, physically as well as in scent, amongst structure a long way away from where it is dispensed. I often take advantage of a freshly-set craypot – basically a berley dispenser – and work out where the current may have taken its attractive smell. The commercial cray boat can be your friend (unless you tie up to the pot’s buoy!).

Use different positioning in relation to structure, depending on the technique you’re using. When drift fishing, you want to slide on by the side of structure, so your bait or lure can be presented in places where predators might pounce out from shelter. For stray-lining, you should anchor in a place where your berley can fan out in the current from where it’s being dispensed – your berley trail is a funnel that brings fish in to you.

And food… What do we attract fish with, and what do we catch them on? I’ll confine myself here to two general divisions – bait fishing and lure fishing.

For bait, fresh is best. My favourite stray-lining baits for big snapper right now are just-dead former live-baits. I tend to hook my livies through the nose and hook them the same way when dead. I don’t even cut their skin – just leave them as they would be if naturally falling through the water column on their own. I like stray-lining in water less than 10 metres deep, so seldom use sinkers on my stray-lined baits.

Livies left over from kingfish live-baiting are killed and frozen in zip-lock bags. Jack mackerel, small kahawai, anchovies, yelloweyed mullet, blue mackerel – the fish that can be caught on sabikis from boat or shore – all of them are fine.

When used alive, these same baitfish can prove attractive, too. My son Nick is a charter skipper, and one of his clients recently caught a 10.9kg (24lb) snapper on a small live kahawai meant for kingfish. Another of my charter-skipper friends tells of catching snapper after snapper on 1.5kg kahawai intended for kingies. Having said that, the same skipper’s favourite snapper bait is two anchovies nose-hooked together on one hook!

Catching on lures? A bit more thinking and technique are required here, depending on the sort of lure you’re using. But the principles are the same. They depend on what is captured in one of the old salesmen’s mnemonics, AIDA – ‘Attention, Interest, Desire, Action’.

Lures depend on movement, and probably something that is lifelike but also apparently near death. Disabled prey fish are a more economic use of energy for a predator than those that are fit enough to escape, so you don’t need to match the living prey fish too closely.

However, that will be enough at this point, as a later article will discuss simple soft-baiting and other lure fishing techniques for snapper – and I’ve not even mentioned fishing work-ups yet, so that’s in store, too! 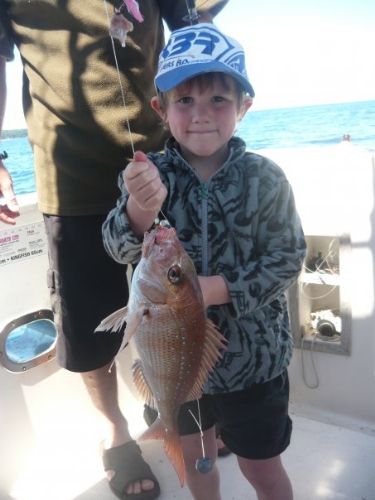