Any angler who hasn’t heard of soft plastics by now must be living under a rock. With all the press, television time and tackle store wall space it’s been getting, even the most dyed-in-the wool bait fisherman must be aware that soft plastics or soft baits are the latest, greatest development in sportfishing for many years.

Not that there’s anything new about soft plastics – rubber or plastic artificial baits have been around for nearly fifty years – but their sudden explosion onto the New Zealand fishing scene happened only a year or so ago.

Back in the early eighties, Rotorua’s Kilwell Sports pioneered soft plastics in with the Mr Twister range and a number of other products. They worked well and I remember taking many good fish on them at the time. But for some reason, ‘rubber tails,’ as they were popularly called, never really grabbed the imagination of Kiwi anglers.

In the meantime there were a few anglers fooling around with soft plastics imported from or the with good success. But the movement didn’t really gain any impetus until Pure Fishing began importing a range of Berkley Gulp! soft baits, hoping to repeat the success they were having with the product in .

Like New Zealanders, Australians had been slow to adopt plastics, only taking to them with enthusiasm after they were endorsed by the country’s leading anglers, writers and fishing TV personalities. The country’s fishing writers and competition anglers were quick to embrace soft plastics fishing systems. 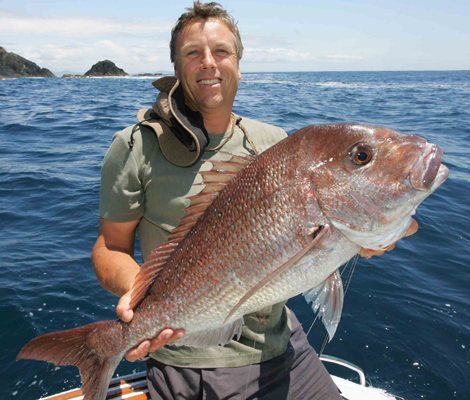 Gulp! is revolutionary because it’s a scented, bio-degradable, food-grade product that fish like to eat. It doesn’t just rely on shape or action to get bites – it’s recognised by fish as food.

’s Gulp! product is far and away the most popular and successful on the market. Pure Fishing, who import Gulp!, prefer to call their lures ‘soft baits,’ to distinguish them from other manufacturer’s offerings. I’ll stick with their usage for the rest of this series.

Successful soft bait fishing is about a complete tackle and techniques system – not just a lure or bait. One of the reasons soft baits have taken off this time around is because modern tackle allows them to be fished much more effectively.

Finesse is what soft baits are all about. Modern fishing gear for soft baits is lightweight, lines are thin and the terminal tackle is compact. It is possible to fish soft baits using conventional tackle – monofilament lines and your everyday overhead or spin gear – but such tackle doesn’t even begin to unlock the potential of soft baits.

It is far better to invest a little cash in a proper soft baits fishing system: rod, reel, line and leadheads/hooks. These lightweight, super-powerful combos are designed specifically for this style of fishing. Once you caught a few fish on a dedicated soft bait set, you’ll never try them on your old gear again – trust me.

High modulus graphite composite rods are the way to go. The most popular soft baits rods are designed for use with spin reels, but some manufacturers offer the same or similar blanks for overhead reels. These are worth considering at the heavier end of soft baits fishing spectrum, in deep water or when targeting large fish in reefy territory. 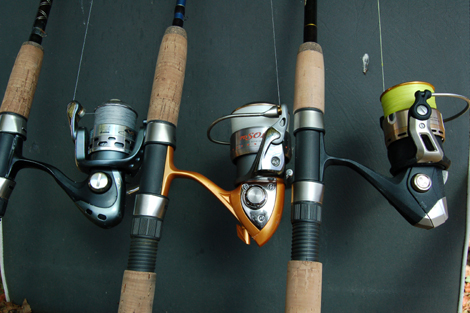 Rods are generally multi-weight designs, typically 4-8kg, 6-10kg or similar. At first glance these ratings can seem grossly optimistic for such slender poles, but the new generation of graphite rods have remarkable reserves of power. They need to, because superbraid (gel-spun polyethylene) lines are invariably much stronger than their stated breaking strain and their non-stretch nature is tough on rods.

Rods are usually between 2 and 2.5m long. Their lightness, combined with the relatively small, lightweight reels with which they’re used, contribute to angler comfort – soft bait fishing is an active technique conducted with the rod in hand. Heavy gear is tiring to use and incapable of imparting the subtle twitches and lifts that are so vital to soft bait success.

Guides should be good quality, preferably Fuji SICs, to withstand gel-spun lines, and cork grips offer the best feel and sensitivity, transmitting bumps and taps to the angler’s hand. Graphite rods have fast recovery rates and superb sensitivity. Both are important when fishing soft baits. The quickness of the action allows the angler to impart action to the lure, even in deep water or when the lure is well away from the boat, and the sensitivity allows him to feel and react to the slightest touch from a fish.

Small, high quality spinning reels are the most popular option. For inshore soft baits fishing in water up to 30m deep, they’re hard to beat; in deeper water, a slightly heavier outfit equipped with a small, high-quality overhead reel is worth considering.

Spin reels must meet strict criteria if they’re to survive the rigours of this style of fishing. Many of the fish hooked are large, hard-fighting specimens, so every part of the reel needs to be strong enough to handle big fish. Superbraids are tough on reels, too – there’s no stretch to cushion a fish’s lunges or sudden changes of direction; they’re all transmitted via the rod straight to the reel. Infinite anti-reverse is desirable.

Superbraid line is strong, so reels need to be built tough to handle them: strong gears, plenty of ball bearings for smoothness, a reliable bail arm roller, strong rotor and body, and above all, a serious drag system capable of exerting enough pressure to fish the line near its limit.

The best reels feature solid, all metal bodies (plastic or graphite reel bodies can warp or break under the pressure of a large fish on superbraid), metal rotors (ditto), oversize, hardened bail rollers and super-tough, progressive drag systems. The number of ballbearings can be an indication of reel quality – cheap reels skimp on ballbearings – but not all bearings are created equal. The best ones are shielded from saltwater and some bearings feature ceramic rollers or balls, which cannot corrode.

Most manufacturers offer competent reels suitable for this style of fishing at the top end of their range.

Superbraid – end of story. Superbraids have no stretch, so you’re always in contact with your bait, they don’t absorb water like nylon, and they are just as strong wet as they are when dry (nylon loses strength through water absorption). Most importantly, they offer extremely small diameter for a given breaking strain, so there’s less drag through the water. Lures/baits sink more quickly and an angler can use less weight. He can also use smaller, lighter reels because superbraid takes up less space on the spool – lightweight tackle equals greater angling pleasure. 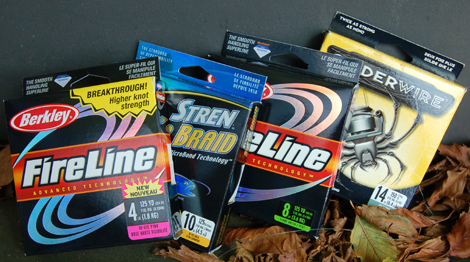 I have fished different superbraids from a number of manufacturers. For spinning reels I prefer the stiffer bonded, fused or coated superlines. I’ve used much limper conventional (woven) superbraids lines as well, but they have a tendency to loop around a guide, or leave the spool in clumps, especially in the finer diameters. The problem seems to get worse as the line gets older and any tangles in superbraid tend to be terminal.

For most of my soft plastic fishing I use Berkley Fireline. New lines to look out for include ’s and a bright yellow offering from Stren.

On my overhead reels I use ordinary braids. I’ve had success with superbraid from Black Magic, Tuffline, Penn and others. Limpness is an advantage on an overhead reel, though you need to be careful laying the line on so it doesn’t bed into the layers below. Always load the spool under plenty of tension.

Colour is not important to the fish – the colours leach out of all superbraids quite quickly, anyway – but diameter is. The finer the line’s diameter, the better your soft bait fishing will be.

Colour can be important to the angler however: bright colours make it easier to track the position of the lure, especially at a distance. Windy conditions can make it difficult to keep a tight line, especially if it’s hard to see. Different coloured lines also make it easier to determine line weights/diameters at a glance.

Every manufacturer rates its superlines differently. Rather than looking at the nominal breaking strain (which is totally arbitrary – independent tests have shown that 4kg braids routinely break at 10kg or more!), pay attention to the diameter.

I fish 1.8kg Fireline on one of my outfits. I’ve yet to break it, even though my rod is rated 4-8kg. The important point is that its diameter is 0.13mm, one of the thinnest lines on the market. It means I can use a lighter jig head to get my soft plastic to the bottom, reduced water drag means the lure gets there more quickly, and there is less bow in the line as I work the lure back. All of this translates to more bites.

Most superbraids are supplied in spools of a little over 100m. Simply fill your spool with a suitable monofilament – 4-6kg – and top-shot with the spool of superbraid. A uni-knot to uni-knot connection, doubling over the superbraid, seems to work reliably.

Finesse continues right through the soft plastic system. Traces should be as light as possible. For most of my fishing I use 15-pound (7kg) fluorocarbon, occasionally upping it to 20-pound (9kg) in deeper water or particularly gnarly territory.

The soft bait should be as free to move around as possible. A heavy trace is visible to the fish and deadens the lure/baits action.

Jig heads are the easiest and most common way to fish soft baits. They come in a variety of sizes, head weights and configurations, designed to fish different soft bait styles. The majority feature a weighted leadhead with a ribbed collar designed to secure the bait on the hook. Hooks should be strong enough to withstand the considerable pressure of playing strong fish on hard drags. Some of the cheaper or imported hooks designed for freshwater fish are not strong enough for snapper, kahawai or kingfish.

It’s also worth investing in a few 4/0 or 5/0 worm hooks and teardrop sinkers to use with alternative soft bait techniques, including dropshotting.

A vast array of soft baits – scented, unscented, spiced, salted, bio-degradable – is becoming available in . The most popular style is the jerk shad, in four and five-inch size. Jerk shads are meant to be fished on weighted jig heads, but also work well with a dropshot rig. Larger versions are also available. It pays to have a selection of jerk shads in different colours, since one colour often works better than another on the day.

Other styles include worms, grubs, crabs, prawns and shads. All of them take fish, but each requires a different fishing style for best results.

Other useful links to articles on softbait fishing....

Selecting and tying traces for softbaiting by Mark Kitteridge

Grant Dixon reviews the Surtees GF 700, which had plenty of changes made to it in preparation for the cancelled 2020 Hutchwilco Boat Show. H... more >

As we head into winter, increasing numbers of our favourite broad squid are caught. Day or night, it makes no difference as these tasty mors... more >

Mark Kitteridge continues his series profiling Rick Pollock, one of the best charter captains NZ has ever had. In this article, Mark shares ... more > 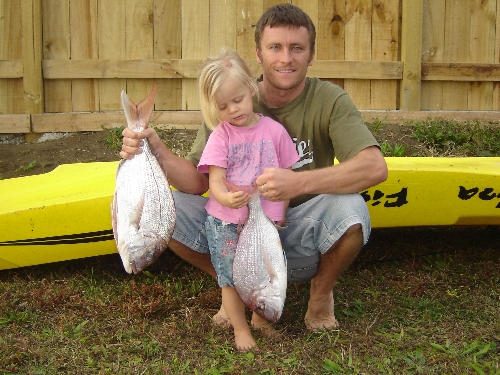