Soft-bait fishing in the shallows from a kayak

Soft-bait fishing has evolved significantly since becoming mainstream in New Zealand says Rob Fort. Kayaks have proven well-suited to this style of fishing and a significant number of trophy fish have been landed using this method.

There is no doubt soft-baits have revolutionised our fishing mind-set and opened our way of thinking to include various other possibilities like jigs and lures. Although a number of kayak anglers who embraced soft-baits are now experimenting with other methods, there is still more to learn about this method – this is what keeps me interested. 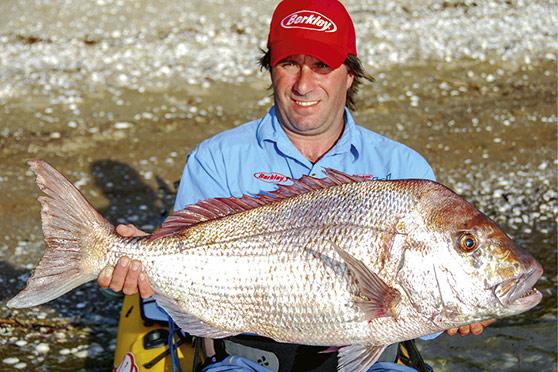 The challenge offered by fishing is that something different may work on any given day. When going out fishing, my preference is to utilize the most effective option available. However, many avoid soft-baits as they are not as durable as their cousin the soft-plastic. This typically comes down to frustration with soft-baits being destroyed by smaller fish.

Soft-plastics may seem like the magic cure to the situation yet there is a cost in both fishing ability and to the environment. As someone who cares about our environment, I regularly engage in coastal clean ups. In recent years it’s becoming more obvious that we have a problem with plastic washing up on our beaches. Most of us are aware that plastic bags wash up on our beaches; however, not many fishers may know that soft-plastics have also turned up over the last year. The number keeps growing, but not one soft-bait has made it to the beach – this is one of the reasons why soft-baits are my preference.

While soft-baits are undoubtedly easier on the environment, there are also things you can do that will reduce the amount of mortality to small fish. Although a large number of anglers now use soft-baits, many still haven’t fully grasped the concept. This not only contributes to the durability problem but also inhibits their success as fishers. This need not be the case and can be resolved by simple changes of technique and/or tactics.

Every season is different and fish habits change on a daily basis at certain times of the year. Some species, like snapper (which are targeted from the lower South Island to the top of New Zealand), move into different depths as the seasons change. While many anglers look to deeper waters of over thirty metres to target these fish during autumn, winter and spring, the destination need not be so far away from shore. Snapper also love shallow water, especially during winter, and it’s an area of the coastline that is really undervalued. In terms of depth, you can fish as shallow as two to six metres, but can also go up to fifteen metres deep. For many, this is really outside the comfort zone, but success can be found when you have the right techniques, as well as the right equipment. 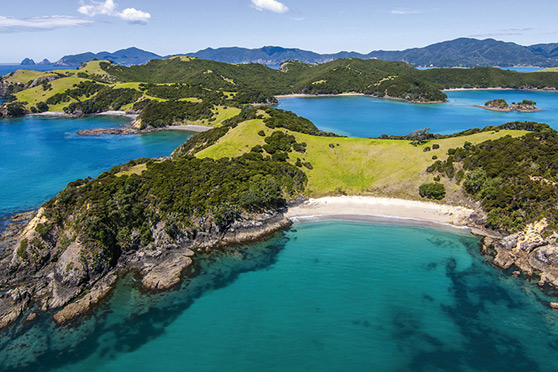 Using a jighead that offers the slowest possible sink rate is common advice given to new soft-baiters. When making this choice, however, it’s crucial that the selection still allows the soft-bait to reach the sea floor. The slower your soft-bait sinks down, the more time it has drifting in the water column (hang time), which gives fish more chance of discovering it on the drop. Then there are fish like snapper, which mostly stay hard on the seafloor and have acute eyesight, plus the ability to look up. They can see the soft-bait drifting down slowly and will usually swim up to intercept it as a result. A soft-bait rigged on a jighead or other type of rig that is too heavy will cause fast sink rates that many fish don’t get a chance to spot. This can limit the success of the soft-bait when you are moving it around on the sea floor.

Obviously there are many variables that can influence how well the soft-bait gets down there, with things like current, wind and vessel drift speed/direction having the most effect. Line thickness and soft-bait size are more variables to consider and each situation will require a change in thinking. If you are prepared to alter things when necessary then you will achieve the desired result, which is to get to the bottom at the slowest possible speed.

When we look at the depth of fifteen metres which many soft-bait users commonly choose to target fish, changing the usual heavier rig to one with a slower sink rate can make the difference on those days the fish aren’t biting on the sea floor. If planning on taking things outside the square to depths like six metres or less, going ultra-light can bring you success. On the flip side, a slow sink rate can work against you with soft-baits, especially when lots of small fish are around which can be avoided by using a heavier jighead.

It doesn’t take a rocket scientist to figure out how to obtain a slower sink rate and, in most cases (depending on which brand of jighead you use), the sink rate information is printed on the rear of the packaging. Each brand has its own action that seeks to make the soft-bait look attractive as it sinks.

Fishing depths from six to fifteen metres allows for the use of jigheads weighing three- eighths of an ounce that offer a sink rate of a second per metre. Although this can be influenced by other factors as previously mentioned, it is a good size to get used to before going even lighter. Once you are acquainted with this weight, it will be possible to get it down in even greater depths.

In shallow water areas under six metres, use lighter weights of a quarter to one-sixth of an ounce. The lighter weight jigheads can require use of rods that offer a more powerful tip section and action to flick them greater distances when casting. As a general guide, spin rods are the best option here, with ratings from two to eight kilos, a light to medium action and in lengths of seven feet or more being the most suitable choices.

Success in the shallow zone using the right soft-bait system.

Where the reel is concerned, it’s best to have the spool filled to the maximum capacity with the lightest braid line you can get away with. Line weight and diameter also influence casting ability, so choosing braid brands that have a small diameter and superior castability can give you an advantage.

In terms of rigging, use low- profile knots that are well-tied so they slip through the guides with the least amount of resistance. I prefer the PR or FG knot when joining to leader material directly and if you get busted off then adopting the five-turn surgeon can work on the kayak because it is easy to tie. Attaching the jighead to the leader also requires the use of a simple knot, with the loop-type best because they allow the jighead and soft-bait to move freely. Lefty’s loop is perfect and the most commonly used as it takes no time to tie. Try to avoid Genie clips. Although they allow you a quick and easy way to change jighead size, Genie clips can fail in certain situations, as well as affect the soft-bait’s swimming action. In shallow water areas where you find weed and foul ground, they can also be another part of your system that gets tangled.

Success is achieved with soft-baits by using the right system, and in Part Two we will look at the more technical aspects of soft-bait fishing that build on these core fundamentals 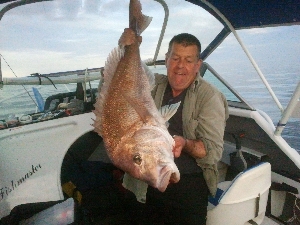