Snapper Fishing in the Kaipara

Adam Clancey gets back to basics, heading to the Kaipara Harbour for a bait fish. Despite the trip’s simple nature, there were still plenty of takeaways...

I went for a fish with a mate of mine to an old stomping ground on the Kaipara Harbour, north-west of Auckland. The conditions were less than favourable with a cold, stiff south-easterly, a decent chop on the water and the wind opposing the tide—nothing risky, just enough to be annoying. After heading along the harbour and looking at a few spots that had treated me well in the past, the anchor was eventually dropped on a shallow bank about four metres in depth, close to a deepish hole of about 12 metres and sheltered from the pressure waves.

The Kaipara has the longest shoreline of any natural harbour in the southern hemisphere and is mostly flat and sandy with heaps of fast-flowing channels and sandbanks but not a lot of above-water structure or reef. It offers mixed bags of species, and we had hopes of gurnard, snapper and maybe a trevally to take home for dinner, although the conditions had me feeling a little dubious and wondering if the fish would be biting.

The rig I had elected to use was a proven performer, a flasher rig with enough lead to hold the bottom in the strong currents. For bait, we deployed the usual suspects of squid, pilchard and some nice oily skipjack. I prefer salted skipjack as it is tough and the gurnard love it, but I couldn’t get my hand on any for this trip. I carefully filleted the skippy and cut the fillet into small strips, just the right size for the flasher hooks. Often anglers put too much bait on flasher rigs and choke the hooks. This can result in missed hook-ups. I put strips of skipjack on the flasher hooks and dropped the rig to the bottom.

The bite was immediate, and soon enough, I had a nice little gurnard in the chilly bin. My fishing buddy put his line in and was again hooked up instantly. He crowed bite, thinking he had another gurnard only to go a bit sheepish when a hard-fighting kahawai jumped next to the boat.

For the next couple of hours, we were plagued by kahawai to the point that we pulled in the berley bomb and took the bait off the flashers. Things did settle down, and we managed to put a few nice eating-sized snapper in the bin. As the tide turned, the bite shut down and we headed back to the ramp, in much calmer water with a nice warming sun on our backs. They don't have to be huge to be tasty! This is the perfect fillet size.

There were quite a few takeaways from this trip – things that I consider worth sharing. One of the main things was never forget the basics. Using a simple yet effective flasher rig with a bait on is a basic technique, but is still highly effective. 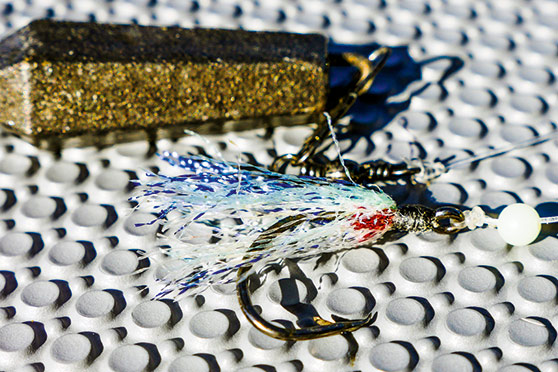 Use quality flashers with great hooks, trace and good knots.

In saying that, there are still a lot of fishing skills and techniques involved in this style of fishing. A couple are, as previously mentioned, not using too much bait on the flasher and using the right weight sinker to hold the bottom. Most flasher rigs these days have circle hooks rather than J style hooks, so striking technique is different. With a circle hook you should let the weight come onto the line and let the hook roll into the fishes’ jaw hinge, rather than lifting the rod in a striking motion. Because we were fishing in the shallows, we were using nylon monofilament line rather than low-stretch braid, as the stretch in mono seems to be an advantage for this technique. The stretch lets the fish move off and slowly tightens up, whereas braid is more likely to pull out of the fish’s mouth. This would be totally different if you were fishing in water that is deeper than maybe 30 metres. There, the positive strike transmission given by braid is an asset to your hook-up power, while the stretch of nylon sucks the power out of the strike.

Understand the wind, tide and currents and the effects they have on the sea state. Not only when the wind opposing the tide causes choppy pressure waves, but also when the wind and tide slacken and go in the same direction, calming the sea. Also consider how the boat will sit in the conditions so you will get the best fishing angle and the line and berley going where you want it to go.

Although the kahawai were a bit annoying, it was great to have plenty of action. Quickly releasing the fish by rolling the circle hook out of their jaw was a skill that only comes with practice as is the way you angle your rod when fish are zipping this way and that, to avoid tangling your mates’ lines or the berley pot.

In a world of high-tech gear sometimes there is simple pleasure in using a bit of old-school technique to go out and catch a good haul of fish. Then bringing it home, processing it on your home-made filleting table before smoking up a bit of kahawai and cooking up a great feed of gurnard fillets. A simple meal of fresh fish to enjoy with friends and family and a few fillets to vacuum seal for the next time you fancy fish but it’s too rough to go fishing. 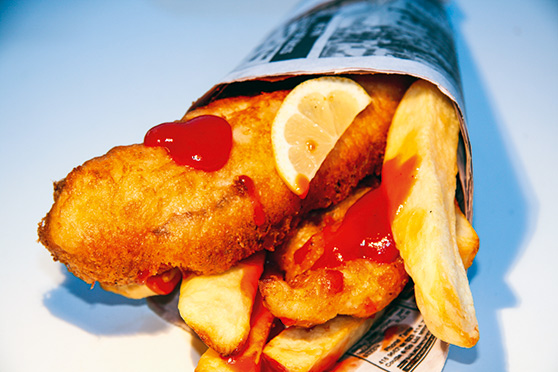 A classic feed of fish and chips, presented old-school. 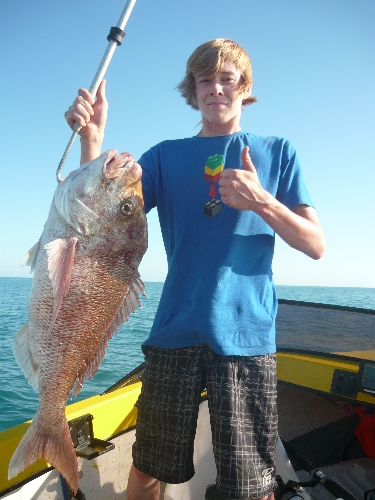