Traces or leaders are a basic item of tackle, yet they are often neglected or misunderstood, explains Mark Kitteridge.

Previously, we looked at the various roles leaders play when fishing from the shore. In this article, we step onto boats and discuss how they can help us in a variety of scenarios while chasing various popular species, starting with our favourite – snapper!

Snapper from the Boat

They might be abundant and found almost everywhere, but that doesn’t mean we can do without a leader – unless the snapper are very small. Their formidable teeth and powerful jaws can crunch up crabs and shellfish, and the territory they live in can be rough and unforgiving, so going without a leader is very risky. Having said that, I used to do well by creating a short length of doubled mainline using a Bimini Twist, which was then used to create a sliding-hook stray-line rig. I believe the two relatively elastic strands of nylon tended to roll and slip between the crunching teeth, enabling some surprisingly large snapper to be landed on both baits and lures. 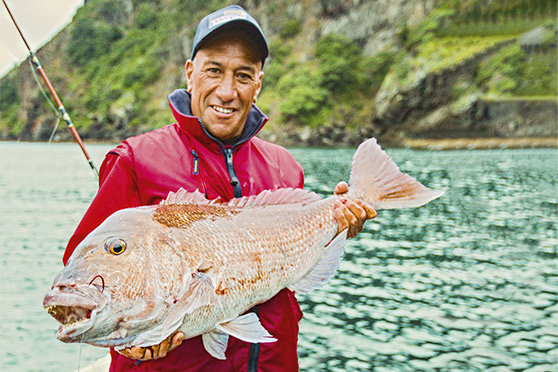 The favoured method many dedicated fishers use to chase snapper is stray-lining – especially big ones, but it’s also plenty of fun catching ‘pannies’ when using lighter gear. Here, the main roles of the leader are:

• Although many anglers opt for heavy traces of a metre or much longer, understandably wanting to avoid getting busted off while fishing rugged territory, I prefer to go minimalist to attract more bites from large, wary fish. By minimalist I mean just long enough to accommodate a decent bait and perhaps a small sinker or two if necessary, along with two or three half-hitches to help secure the whole package together, leaving just a few inches of trace hanging out the end.

• Sometimes, I prefer not to have a swivel joining the leader to the mainline (I like the No Name or Albright knot for this, tied to a short double of nylon mainline) as it’s just one more item of tackle that can affect things, but, having said that, the very compact but small swivels available these days certainly reduce potential problems.

• Many anglers swear they have snapper bite-offs using 37kg (and even 100lb!) trace, but I can’t recall it happening to me (tope are usually the culprits). Admittedly, it may also come down to the pressure exerted – I never use more than 10kg mainline so the extra tension from 15kg tackle may provide a tauter line to crunch down on. I also suspect that the thicker traces are less likely to slip between those crushing teeth, ironically making them MORE susceptible to damage.

• Two fixed hooks work better than one fixed and one sliding; if rigged correctly, firm pressure is exerted straight away when the angler strikes or lifts the rod to set the hook. As an aside, you’ll get more bites and fish with nylon mainline when using stray-lined baits; braid makes it too easy for snapper to detect something weird is going on at the other end, making them wary and deterring them from biting again.

• The use of circle hooks makes heavier trace material less necessary as the fish tend to be hooked in the corner of the mouth, making it unlikely they will chomp on the trace material during the fight.

This type of rig is best in deep water and/or areas of strong current and is great for positioning baits well off the bottom for added ‘advertising’ potential and perhaps to avoid unwanted bottom critters. The rig should always be tied with stronger, thicker line (generally nylon, but fluorocarbon is an option in breaking strains between 15 and 37kg) than the mainline as it must play a variety of important roles, including:

• Avoid making the droppers too long, or they will drape around the rig’s backbone.

• If making a two hook ledger rig, take care to position them far enough away so they can’t catch on one another.

• Consider how far away you want the dropper loops to be from the sinker. If they end up too far away from the sea floor they may be out of reach of some snapper; too low and you may get plagued by pest fish, sea lice and crabs.

• A running-sinker rig provides another option similar to ledgers when needing to fish deep waters, but provides significant advantages in allowing bigger baits to be used. It also allows fish to run off with these baits without feeling too much pressure – until the angler engages the reel and strikes! The leader’s roles are similar to those of the ledger, but without the poor knot-tying strength and material stiffness as no dropper loops are used.

• I like my traces to be around a metre or so in length, allowing the bait to be presented well away from the sinker and still have some enticing movement when pushed around by the current. There is a large segment of the fishing community, however, that swears much longer leaders are better – often around eight to ten metres, or more. While this is not necessarily wrong, the hinged ‘L’ shape of the mainline in relation to the long trace lying along the sea floor means bites are harder to detect, hooking up is harder, and often fish swallow the bait right down, making it a mission to hook and/or release them afterwards (and handling two or three big, strong kahawai charging round on long traces boat-side can be a nightmare!). Having said all that, the more widespread use of circle hooks has diminished some of these disadvantages.

• Even though the knots used in this rig to join the trace to the connecting swivel are strong (ideally a Uni knot, as it can be used for ANY thickness of line!), the trace still needs to be thicker and stronger than the mainline and made from nylon or fluorocarbon.

• The required poundage of the leader varies hugely according to where you’re fishing, the size of the baits and how big the snapper are likely to reach in that particular area. Light tackle used in relatively clear territory can mean just 30lb fluorocarbon trace is used, whereas using whole large baitfish and squid may require tough, 60-80lb leader material. Again, the use of circle hooks can allow anglers to use a slightly lighter trace material as the snapper are much less likely to have swallowed the bait right down. 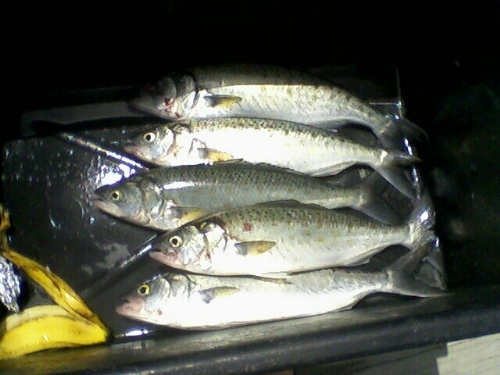