Savouring the Flavour of Fish

Many types of fish have subtle and delicate flavours and maintaining these from ocean to plate is a challenge – but with care it can be done. In this article, Peter Langlands outlines some key things he has learnt about preserving the flavour of his catch.

The first thing you can do to keep your catch fresh is to play it to the boat quickly. Once you bring it on board, put it on a large piece of soft sponge or carpet as fish bruise easily. Next, iki jime the fish before immediately icing it down.

Bleeding the fish will also help improve the taste of many species; groper, kahawai, kingfish and even snapper are good examples. I like to place fish belly down in the ice box, rather than on their side where the stomach acids can burn the walls of the belly.

It is important to keep the fish whole for as long as possible, only cutting it up or filleting immediately prior to cooking. Once the flesh of the fish is exposed to the air, I find the flavour rapidly diminishes. Often I will keep a whole gutted fish in the fridge – also stored with its belly down – and only remove the fillets immediately prior to cooking. This makes a massive difference to how much flavour is maintained. 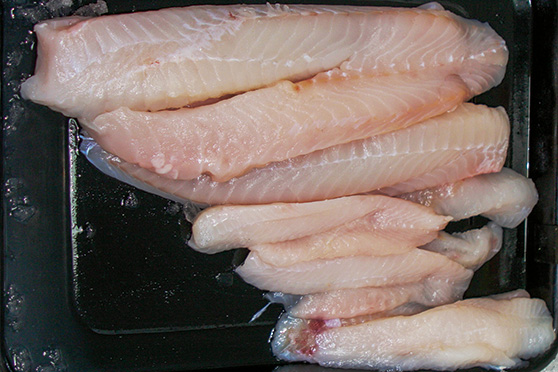 Once filleted, the flavour leeches out quickly from many fish.

Avoid washing fish in freshwater and clean fish using paper towels to keep them as dry as possible. Generally, any contact a fish has with freshwater will leech out flavour. So, gut your fish in saltwater and then dry the belly cavity with paper towels once the fish is at home in the fridge. Keeping the fish cool and dry is the key to maintaining the subtle flavours.

If you are going to eat the fish raw or in ceviche or crudo, then use a very sharp knife to cut off the skin. This allows you to retain much of the fat layer that is found just against the skin. The oils in this layer are packed with flavour and are also highly nutritious. Note, the fish has to be very fresh, otherwise you will get a slightly rancid flavour in the fat layer.

Often, I will scale the whole fish while it is still moist at the end of the day’s fishing. If the fish dries out, the scales become very difficult to remove. Then I will fillet the fish and leave the scaled skin on for cooking. As already mentioned, the skin and the fat layer underneath is packed with flavour and for many species, I love eating the crispy fried skin. Increasingly, chefs are realising this and leaving the skin on the fillets. But if you want a skinless fillet, only remove the skin immediately prior to cooking to maintain maximum flavour.

Cooking fish with the bones still in is another good way to maximise flavour. Much of the flavour is in the bones and is released during the cooking process. The most notable example of this for me is a groper steak!

Cooking fish whole allows the flavour from the bones to be released. If you slowly peel away the backbone then the bones will also easily peel out, including the fine pin bones. Break the backbone behind the head and peel it away with a slow, gradual pressure. Fish bones themselves also have a lot of flavour and can be used for creating stock, especially those from larger fish such as groper, snapper and gamefish. The bones can be smoked and then powdered down to make a seasoning. In addition to maximising the flavour, this also shows the fish great respect by minimising waste. 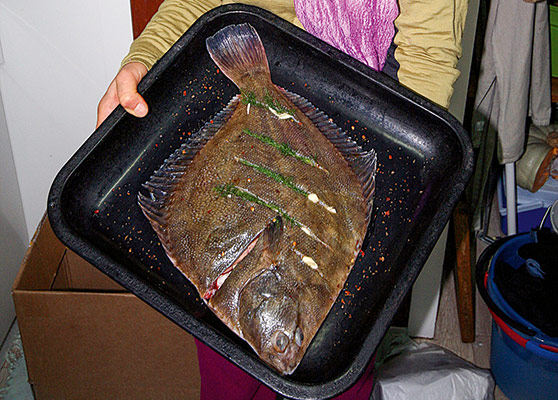 Flounder are ideal for cooking whole for maximum flavour.

Fish heads and wings have a lot of strong and robust flavours and are increasingly being eaten. You can get plenty of sustenance out of a boiled, baked or smoked fish head. Straining what is left in the pot after a boil-up also makes for great stock.

The way a fish is prepared makes a big difference to the flavour. For sashimi, aim to slice the fish as thinly as possible along the grain to release the flavour. Chilling the fillet right down just before preparing can also increase the flavour, as well as making slicing it easier. I like to use very light seasonings, such as a light soy, so nothing overpowers the flavour of the fish, especially with white-fleshed species such as snapper, john dory and blue cod.

To accompany your fish dish, lighter style wines such as sauvignon blanc or a light pilsner beer go well with the delicate taste many species offer. When serving seafood, start out with the more subtle-flavoured fish and then work through to more robust flavoured options later on.

Savour the intrinsic flavour of fish by minimising seasoning such as salt, pepper and lemon juice, especially if the fish is very fresh.

I like to keep the fish slightly undercooked as again this will allow the natural flavours to be experienced.

So, take the time to look after your catch and prepare it with care. Our resource is valuable – take a small amount of fish, savour the flavour and utilise your catch to its fullest 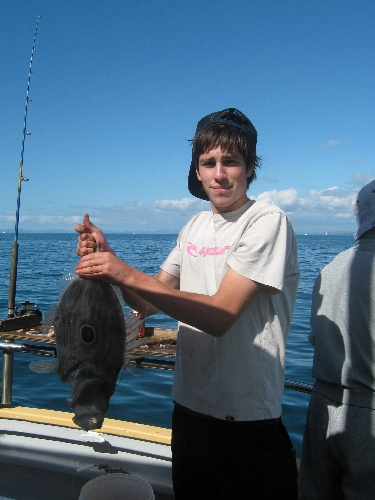