Seabirds are designed to find and catch fish. They are good indicators of what’s below the surface – which makes them angler’s best friend, until they get caught on your line.

Taiko can be good indicators of bait fish and will go for your bait – diving up to six metres for squid and small fish, often to feed a chick waiting patiently on Aotea/Great Barrier Island. The adults will be recently returned from South America, but the Hauraki Gulf is the only place in the world black petrel breed. The species is in serious trouble so sink your bait deep to avoid hooking them. 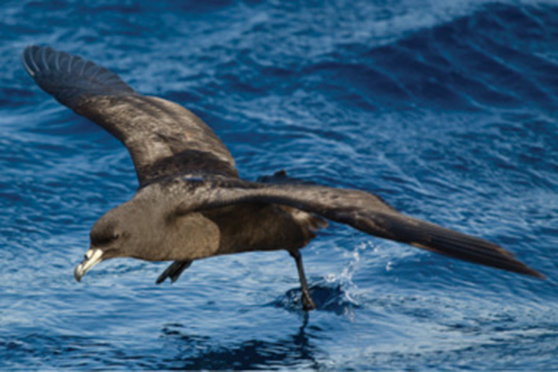 Pakaha forage in large flocks, sometimes thousands of birds. They indicate small schooling bait fish pushed up by predators like kahawai and trevally. They tend to hang around New Zealand in the off-season but, like many of us, might take a jaunt to Australia over winter. They probably won’t bother you but last year we heard that three pakaha were drowned by a single trace so make sure you take all your rubbish, line and hooks home with you. 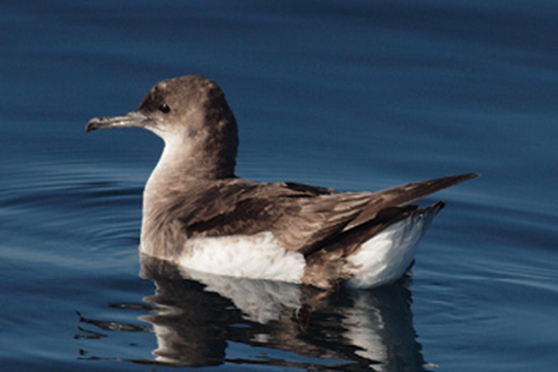 Toanui indicate small fish, small squid and crustaceans. They aren’t fussy and can be a real pain for boaties, so keep your bait and scraps well hidden. These shearwaters are another species that is in serious trouble. In the off-season they feed off the east coast of Japan and may have been exposed to pollutants after the 2011 tsunami and Fukushima nuclear reactor disaster. 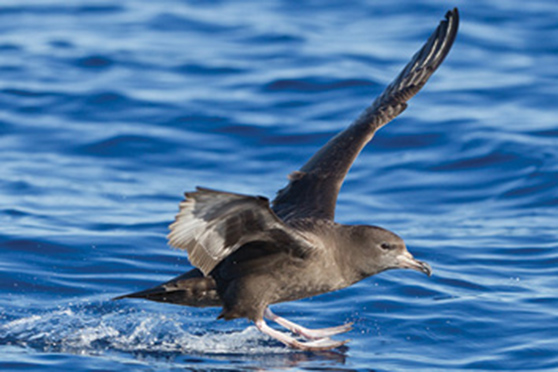 Gannets circling high over a small area indicates they are waiting for predators to push schooling bait fish (like mackerel, herring and pilchards) to the surface. Shallow dives can indicate piper or saury, a steeper dive can mean pilchards or anchovies. 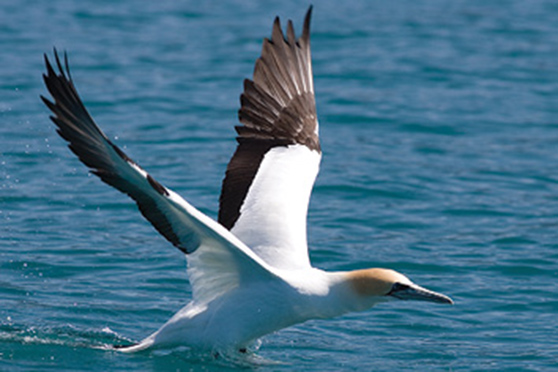 Oi indicate squid, crustaceans and small fish. They can dive up to 20 metres, looking more like a fish underwater than a bird. Long lines are the biggest risk to these fellas at sea. Knowing that seabirds are looking for food, you can make your boat less attractive to them by keeping it clean. Use a bait bucket or bait board with a lid and keep scraps covered. Keep your deck clean and take the bait off any unattended rods.

Seabirds are fast and many of them will dive six metres or more. Once you’ve prepared your berley container or set your line, sink it deep in the water as fast as you can. Keeping your rod tip low will prevent birds from becoming entangled in your line.

Are you smarter than a seabird?

Streamers, water pistols and bird of prey kites may help to create a safe zone around your boat. Like puppies, seabirds can be fooled by a quick feint in the wrong direction before you drop your line in.

If nothing else is working sometimes the only thing left to do is stop fishing for a while or move to a different area.

Crushing or removing the barb from hooks makes them easier to remove. If you’ve hooked a bird with a barbed hook, first bring the bird in as gently as possible. A net can help minimise the damage to the bird and wrapping the bird in a towel will help you control it, especially if you cover its eyes. Be careful not to cover the bird’s nostrils though.

Control the bird’s beak without twisting it, either remove or crush the barb, and delicately remove the hook from the bird, doing as little damage as you can. If a bird swallows your hook it’s important to cut the line as close as possible to the point of entry. The hook will dissolve in the bird’s stomach, but leaving any line dangling from a bird is a real threat to its survival.

An independent report by Dragonfly Data Science, The capture of seabirds and marine mammals in New Zealand non-commercial fisheries, estimated there could be up to 40,000 captures of seabirds by recreational fishers per year. This includes birds tangled in fishing lines and birds being hooked. About three quarters of those are released, but we don’t really know how many birds survive capture. We all need to adopt seabird smart fishing practices to reduce this.

One recreational fishing issue in particular that has developed over recent years is the increasing use of braid. Because braid doesn’t stretch it can be deadly to sea birds by cutting them if they fly into it at high speed or by getting tangled. Once braid has knotted itself around a bird, it is extremely difficult to remove.

Another serious issue is the use of sabiki rigs for catching bait, or being used by kids off wharves and discarded carelessly where seabirds can swallow the hooks or become entangled. It is not uncommon for one sabiki rig to capture or entangle multiple birds.

The recreational fishing team at MPI keep subscribers up to date with what’s happening in their local areas of interest. Email [email protected] to subscribe.