Jigs or live baits when fishing for kingfish

I often get asked this question, and I have to think through a whole bunch of scenarios to choose just one.

As a charter operator, I can look back on some of the highlights and more memorable days on the water when trying to work out if it was jigs or live baits that produced the best results. Hot bite in the deep

I remember a particular week a couple of years ago. It was an insanely hot bite, and we released over 350 kingfish in just five days. That week we were fishing in around 60-80m of water, with an average of 40 to 70 fish per day. Our best day was 90 releases.

With only limited supplies of live bait in our local area that week, most of the fish were caught on jigs. Jigs ended up being the best option for the week anyway – they were quicker to drop into the zone and proved more efficient than deploying live baits.

In a hot bite, the live baits would get hit, but sometimes we’d miss the bites and then have to wind up and re-bait. Meanwhile, the jigs remained in the bite zone. They came back to the surface with kingfish attached more often than the live-bait setups did.

One of my favourite styles of fishing is slow trolling live baits in shallow water (5–30m). Over the years we have had some spectacular catches with this style of fishing.

Kingfish love hanging out in shallow, rocky areas with lots current were they can ambush their prey. Being able to present live baits like jack mackerel, koheru, kahawai or trevally to large feeding kingfish in these areas is a very exciting form of fishing. It is really one of the only ways to target kingfish in these shallow areas.

Start the day by filling the live well

As much as I love jigging and the aggressive bites and fights you get fishing that way, I will always start the day by catching live bait. Jigging is great fun and very productive, but it can also be very one-dimensional. Having live-bait gives you options if the bite is slow.

We have had days where we have not been able to get a bite on the jigs, but when we started dropping live baits, kingfish went into a feeding frenzy. 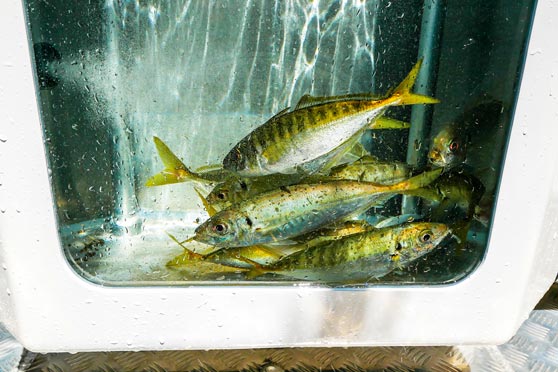 While fishing on deep pins (60–120m), I have lost count of how many times the best fish of the day becomes come from a jig. A jig presented in different ways can trigger a bite from big fish.

I am a believer in mixing up the action to trigger more aggressive bites by changing the speed and motion of the jig. This often results in bites from bigger fish.

It’s not uncommon for a novice jigger to catch the biggest fish of the day. The reason? The jig had a completely different action to those belonging to the rest of the crew who were all jigging conventionally.

While jigging for kingfish, we have caught monster snapper, trevally, hapuku, albacore and yellowfin tuna, as well as assorted reef-dwelling species.

But the thing with live-baiting kahawai, trevally and mackerel, they are also food for larger species like marlin. Over the years we have caught a lot of striped marlin and even a 300kg black marlin while soaking live baits intended for kingfish.

The principle of live-baiting is pretty simple: catch a live bait, put it on a hook and wait for the bite.

The reality is slightly different. If you’re doing it all the time, you’ll need bait-catching rods and reels, sabiki/bait-catching rigs, a live well and a bunch of live-bait rigs with different sized hooks/leaders to suit the baitfish you are using, in addition to your kingfish gear.

Jigging, on the other hand, requires one rod, a bunch of jigs and some hooks – it’s clean, simple and efficient.

I am going to leave the choice with you. In my eyes there is no real winner – it all comes down to the situation, the location and the enjoyment you get from each practice. Jigs or live baits, what’s your choice? 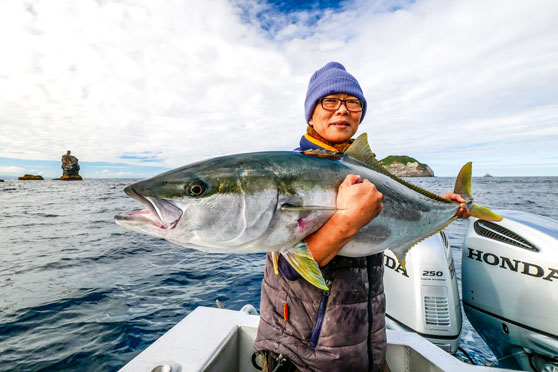 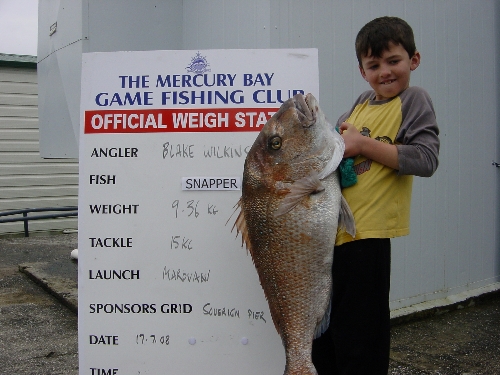