How to select a trailer boat part 2

Having the correct propulsive power is critical to trailer boat performance, and there are two main choices: outboard or inboard engines, with the occasional jet unit thrown in. 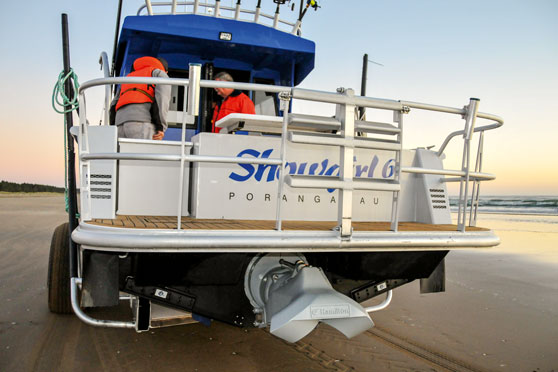 Smaller boats and outboard engines go together like rum and coke, but before the advent of the large outboards available today (the biggest I’ve heard of is Seven Marine’s 627hp), large trailer boats needed to be powered by inboard engines, preferably using tilting sternlegs. Direct shaft-driven engines risked shaft and prop damage during launch and retrieval in shallow water, and outboards were not then available in higher horsepower.

Diesel engines used to be preferred over petrol for larger boats because they were more economical to run, had a greater range, and the danger of fire or explosion was much reduced by the less volatile fuel. Many game fishermen also hold that the lower-frequency sound produced by diesels raises fish better. 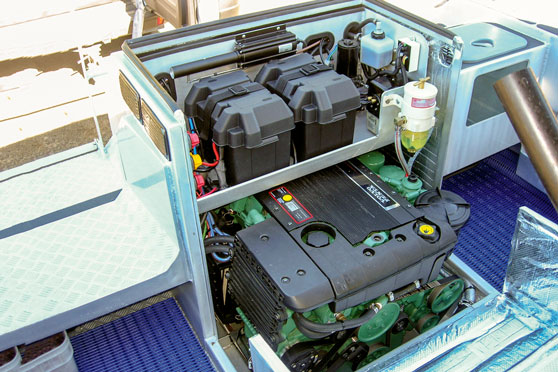 But there are some downsides to inboards (as opposed to outboards): they are heavier, eat up cockpit space and they can be trickier to service and repair due to tight installations. The capital outlay is higher too, so you may have to do a whole lot of running hours to claw back the higher initial cost of a diesel inboard engine through fuel savings.

Long hours racked up while trolling for game fish may eventually provide a cost advantage, but as one owner of a large outboard-powered gamefishing trailer boat once told me: “The deal is, I supply the boat and my crew pay for the fuel. Why would I spend the extra money fitting a diesel inboard just to give them cheaper fishing?”

These days, the gap between inboards and outboards is closing. Diesel inboards are much more compact than they used to be and engine/leg installations that run through the transom or include an under-deck jack-shaft, greatly lessen the impact on cockpit space. Outboards, on the other hand, offer increasingly higher horsepower and their fuel efficiency keeps improving as engine technology advances.

Most major manufacturers now produce outboards in the 250- 350hp range. Outboards can be set up in multiple installations as well, and we are starting to see more twin set-ups in New Zealand. (A search online reveals images of high-speed drug-running boats powered by up to eight 250hp outboards!) 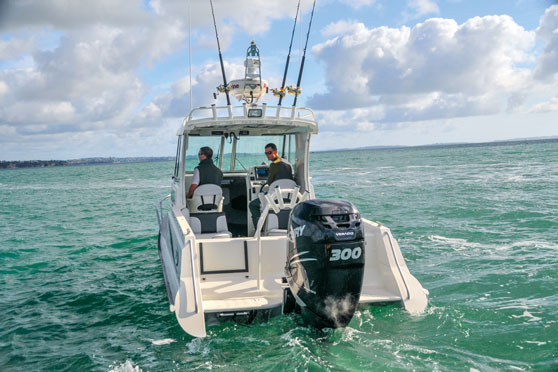 Twin outboards are particularly suited to catamarans where a pair of engines is set up with the propellers turning in opposite directions, cancelling out the torque and making the boat easier to steer.

Along with more power, there is the perceived security of having two engines – if one breaks down, hopefully the other will get you home. In any twin-engine installation it is desirable to be able to get the boat on plane with a single outboard, or you can be a long time getting back to port.

Most marine engine problems are related to two things: electricity or fuel. So, unless you have separate electrical systems and fuel tanks/filter systems, the problem that has taken out one outboard may well affect the other anyway. Even with separate fuel systems, if you get a load of bad fuel it will probably be in both tanks, if filled from the same source at the same time. So, in many cases, having multiple smaller engines is of no real advantage; it is just more expensive to buy and to run them. 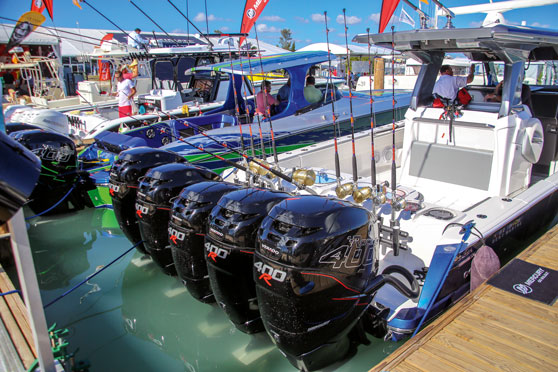 People who rely on their engines for their living (such as charter and commercial fishing skippers using trailer boats) sometimes prefer outboards, as it is a simple matter to whip one off and bolt on a replacement when there is a problem, limiting down-time and lost earnings. Some skippers replace engines when they are getting to the end of the warranty period, so they are always covered if anything goes wrong.

All major engine brands are pretty reliable these days and since most manufacturers offer comparable models, choice of engine is often down to an owner’s brand preference, price, a boat manufacturer’s affiliations and, importantly, the quality of service and overall reputation of a regional agent.

My advice: to stay safe out there in an average-sized outboard-powered boat, get a good quality single outboard and maintain it well; install an extra filter in the fuel line; use a dual battery electrical system with isolation switching, installed in a protected position above deck level; invest in good communications equipment; and buy a Coastguard membership.

Most boat manufacturers will provide a recommended horsepower rating for their hulls, something like, say, ‘90 to 150hp’. The lesser number should provide reasonable performance, lifting the boat on to the plane without struggling and providing a reasonable cruising speed. A smaller engine has a lower capital cost, but if it is struggling a bit and running at the top end of its rev range a lot (especially when it gets a decent load of people, fuel and equipment aboard), it may end up using more fuel than a larger engine that produces the same performance at more modest revs.

It’s a bit of a balancing act, but it can be a false economy to buy a smaller engine if it uses more fuel (this not only costs more but reduces the range of the boat) and wears out more quickly because it is running at high revs all the time. As a rough rule of thumb, I look for an engine that will produce 25-30 knots (nautical miles per hour) at cruising revs (about 3600-4200 on most outboards).

If you are carrying heavy loads, for example a crew of divers and their gear, you will be better off with a bigger engine as well.

No, we are not talking about rugby selectors here, rather about choosing the right propeller or propellers to get the best performance from your boat and motor.

Once you start looking into the subject of propellers, you will strike a whole lot of terminology and concepts bordering on the black arts: blade face, leading edge, rake, pitch, hole shot, blade root (no laughing please), slippage, trailing edge, cupping, WOT, ventilation, cavitation, and aspiration are just some of the terms and concepts, but don’t worry, I am not about to beat you up with all this stuff, we will just stick to the basics.

Aluminium is cheap but more easily damaged (although it is repairable) and more flexible, so it doesn’t provide the propeller performance of stainless. Stainless steel is more expensive, but much tougher, repairable, at least five times longer-lasting, and thinner than aluminium. It gives higher levels of performance as it doesn’t flex as much.

Most larger, higher performance outboards use stainless steel props these days, while smaller engines often come fitted with aluminium props. Commonly, outboard props have three (or sometimes four) blades and if a single engine is fitted, they turn clockwise. If there are two engines, one prop will spin counter-clockwise to balance the torque and make steering easier.

Props are often stamped with two numbers, such as ‘14X17’, for example, or with a serial number and something like ‘17P’. In the first example, the first number is the diameter of the prop, in inches, to the outside of the prop tips. The outboard design will largely determine just what diameter can be fitted in the same way that certain-sized tyres are suited to a particular car.

The second number, and the second example, is the pitch rating. Pitch is important to engine (and boat) performance and is the theoretical forward distance, in inches, that a given propeller travels during one revolution. I say theoretical because there is always some slippage between the propeller and the water (generally 10 to 15%) so the actual distance travelled is somewhat less than the theoretical value.

So how do you choose an appropriately pitched propeller for your engine and boat? If a dealer or manufacturer has set up similar boats previously, they will probably have a pretty good idea of a suitable engine power and prop model, but here’s the drill if you want to make changes yourself.

Look in the ‘specifications’ section of your engine’s handbook and you will find a maximum rev range for your engine (this data is also usually available online). In an outboard it may be something like, say, ‘5400-6000rpm,’ or less in an inboard. If your outboard revs are operating outside this range at Wide Open Throttle (WOT) on the water, you may need to change your prop to one with a bettersuited pitch.

If the engine is over-revving it may become damaged; going to a coarser-pitched (higher numbered) prop will help. Each inch that the pitch is increased should decrease the RPM by 150-200.

If the engine is under-revving – ‘lugging’ – and struggling to produce the performance it should, a finer-pitched prop will increase the revs by 150-200rpm for each inch of reduced pitch.

By picking the correct pitch you can adjust engine performance for your boat’s intended use. For example, if you need instant acceleration (such as when crossing a bar or popping a skier out of the water) but are less concerned about maximum speed, your engine should be operating towards the top of the maximum rev-range. If, however, you are looking for more economy and a higher top speed, adjust towards the bottom end of the maximum rev range.

Many owners carry a spare prop with a different pitch that can be changed for a different use, such as taking the kids skiing after a fishing trip.

In practice, the dealer you bought the rig off or the engine’s distributors should be able to help if you have an issue.

Your boat’s electrical system can be a critical installation. If you are running a lot of electrical equipment you will need a separate ‘house’ (deep-cycle) battery that is independent of the ‘start’ battery. Some larger boats with multiple engines and lots of electrical devices have three or more batteries. These should be connected via an isolation switching system that allows them to be linked if necessary. 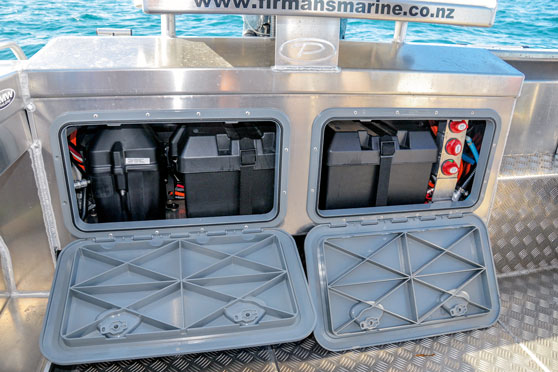 Be sure to use proper marine batteries as they are built with heavier plates and bedding systems that can better tolerate vibration and hull-pounding than standard batteries.

The batteries need to be positioned in a raised, protected position that is protected against swamping. A raised, sealed locker in the transom wall is a good spot, preferably with the batteries strapped down inside a battery box.

Battery placement has been a bit of a hobby-horse of mine after an incident many years ago. I was aboard a mate’s plywood boat (with an inboard engine) when the hull split open during the stresses of a bar crossing. The battery was set down in the sump, partly below deck level (many years ago, some New Zealand manufacturers used to place them there as standard) and as the hull quickly flooded the battery shorted out, and we immediately lost the bilge pump, VHF and all the other electrics.

If we had not been travelling with a second boat, which quickly took us aboard, I might not be writing this now… 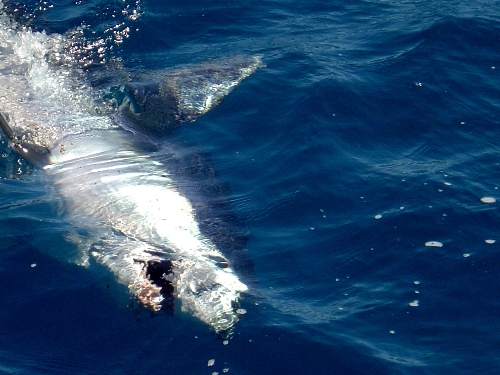