How to find your own landbased fishing spots Adam Clancey reckons one of the ultimate thrills for any angler is to find a new and exciting spot that produces great fish. Even better if the spot has easy access and can be reached by land or sea.

Of course there are places where you can travel hundreds of kilometres to find brilliant fishing, but sometimes good fishing is just about a spur-of-the-moment trip or catching a couple of decent fish for a feed in a spot not too far from home.

In my youth I did not have a car, so I had to make the most of fishing locally. That normally involved fishing around the Manukau Harbour or along the Auckland waterfront. I still fish some of these spots now, including some that are only covered by water for a few hours a day. Many are in full view of rush-hour traffic. Those early days taught me a lot when it came to finding fish in unexpected places.

Over time I have found little honey holes all over New Zealand and had the pleasure of fishing in areas where people would often look sideways at you. As with all fishing, there are a few tips and tricks that make these spots fire and identifying them can be a matter of trial and error. For me, a lot of these spots were discovered while chasing species not on most anglers’ radar, like parore and flounder. The areas that I target are often shallow estuaries or sandbanks at river mouths, or even shallow channels in harbours. They are ignored because people think they are too shallow to fish.

There are many spots close to built-up cities where you can catch good-size snapper, trevally, kingfish and kahawai. A few of these spots are being rediscovered by anglers who are fishing for squid, as these are quite often found in similar areas. 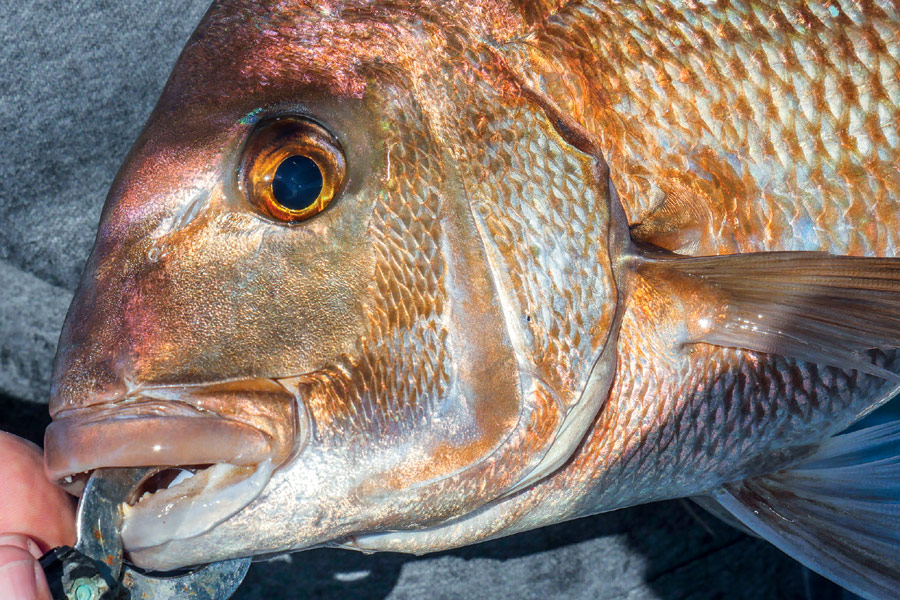 Don't be surprised at the quality of snapper you will find in shallow water.

A couple of good examples of spots like this are the Waiwera River mouth just north of Auckland. At this spot I have had awesome snapper fishing, both just outside the mouth and inside the estuary, as well as catching some pretty good trevally and kingfish in the mangroves. Most of the water is less than a few metres deep and a careful approach can actually let you stalk you quarry.

Another good example of this type of fishing is targeting kingfish that follow stingrays around in shallow harbours – so called ‘ray riders’. This phenomenon is seen particularly around Tauranga and at the top of the South Island, but it happens all over the country. Most of the fishermen chasing these kingfish are saltwater fly-fishing but lure fishing works equally well. One of the secret weapons is a good pair of polarised fishing glasses to aid sharp eyes.

When looking for and fishing these spots, the first consideration should be environment. Look for spots with an abundance of food such as eel grass, shellfish and baitfish. The water condition must be good with a bit of current. Look for any spot where there is a change in contour or structure. This may be a drop into a channel or a spot where the bait holds up. 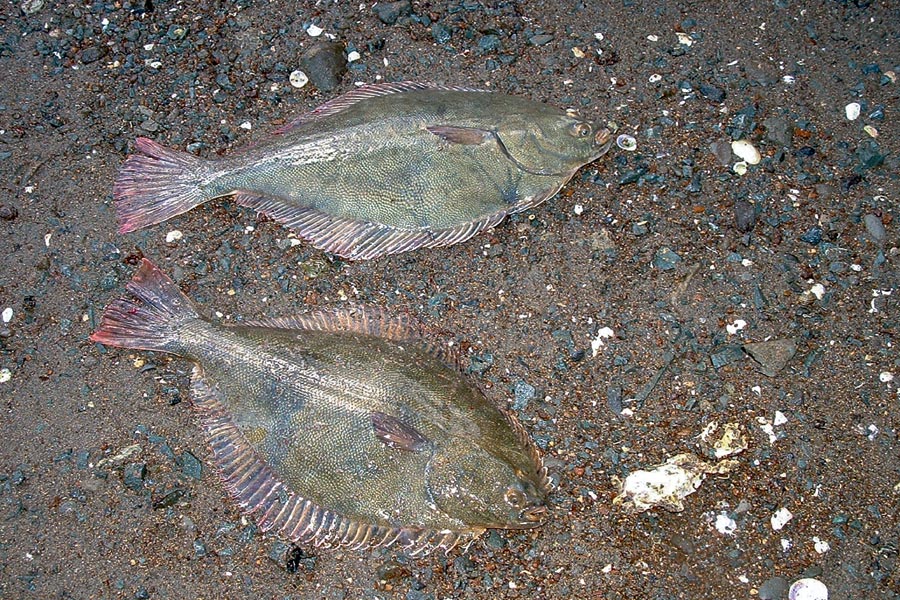 Areas where flounder are common are also attractive to other species.

Timing is often critical, as in most spots you will want a rising tide that is peaking as the sun rises or just on dark. Fish feel a lot more secure at the change of light and will move into extremely shallow water. Grey, overcast days are good because you cast no fish-spooking shadows. If the water is a little coloured, this is also a bonus, but some species don’t like heavily silted, brown water after heavy rain.

Your choice of baits, lure and tackle will play a big part in your success when fishing some of these spots. Taking big, hefty gear with long rods and heavy line will probably not produce a lot of action. These spots need to be fished with a bit of finesse. Light tackle and scaling down terminal tackle – like using small 1/0 to 3/0 circle hooks and sinkers the size of a pea or smaller – is often the only way to tempt a bite.

The ideal rig is a two-metre-plus spin set up with 6kg line. A two-metre-plus spin set-up is ideal for chasing fish in shallow water spots.

Take a selection of lures like small soft-baits with light jig heads, small diving minnows and little 10-30g jigs. It is quite surprising how often a good snapper will grab small bibbed minnow dragged through the sand.

On the bait front, fresh is best and carry a variety. Baits like tuatua, mussel and piper are firm favourites. These need to be presented well and scaled down from the size that you may be more used to. Careful use of good berley or ground bait will make spots fire. But rather than have a constant stream of berley running out, throw a few bits into likely looking spots and then cast you lure or bait in the same area. 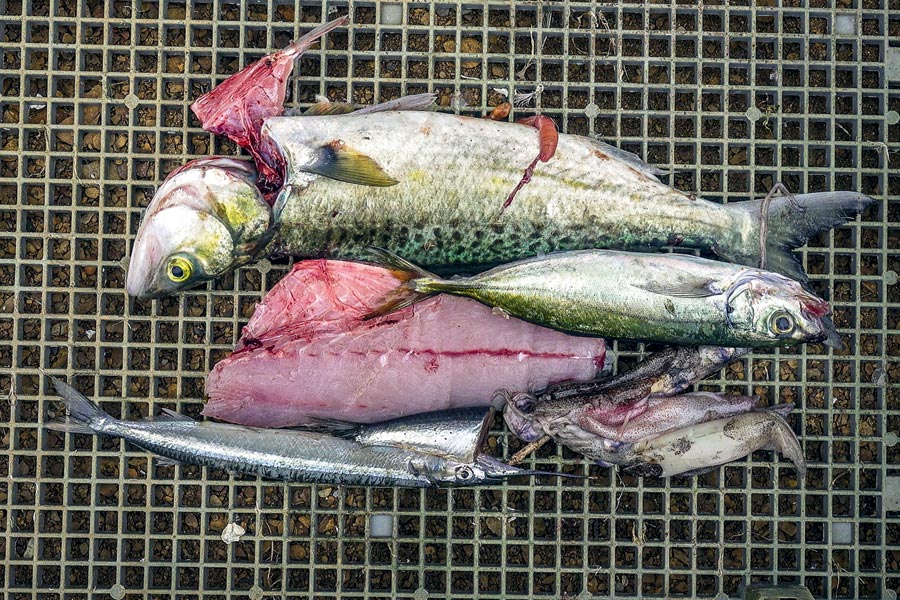 Carry a selection of bait. Fresh is best.

Don’t overlook live-baiting in these spots, as kingfish, snapper and kahawai will often enter estuaries and river mouths chasing bait fish. Again, scale down your gear and use smaller live baits. Piper, sprats and small kahawai all work well. The best way to fish them is under a small float or use a running rig with a sinker that will hold them in an area if there is a bit much current.

Spots like shallow estuaries and channels, or quiet mangrove-lined backwaters can produce a great deal of unexpected pleasure. They are often best approached from the shore, a kayak or small boat with a shallow draft and an electric motor. It is stealth fishing that rewards the hunter. Catching a good fish out of overlooked spots has to be some of the most rewarding fishing there is. 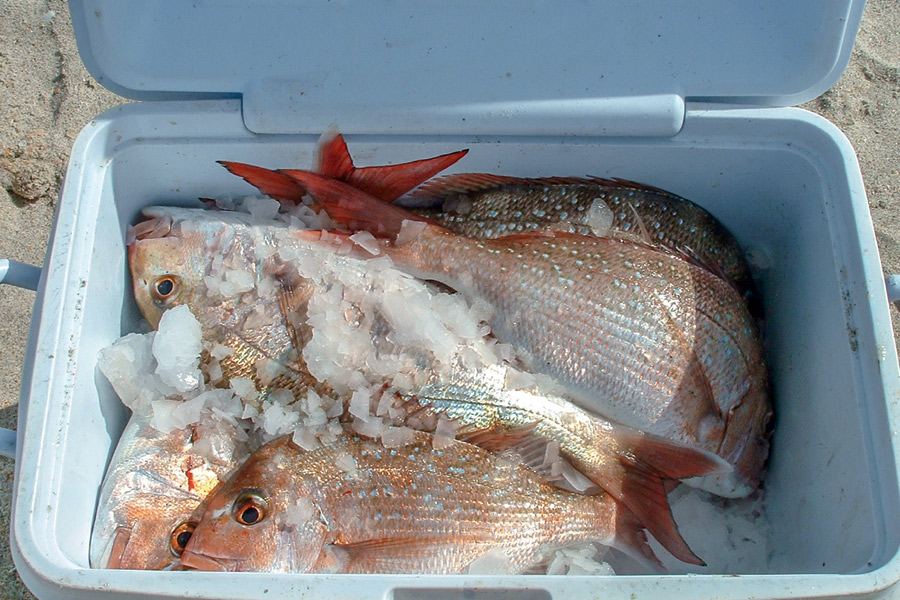