How to Find Feeding Fish

One thing Kirk Davis gets asked a lot is “how do you find snapper?” Often people will find sign on their sounder, or what they think is sign, fish through it and catch nothing. There can be a number of reasons for this – sometimes it is as simple as that the fish simply aren’t feeding right then.

There are things you can do to improve your chances when fishing, particularly if you have your sounder well-tuned.

The first thing I do when looking for snapper is to head to an area where I think they will be holding and keep a really good eye on the sounder. I always run the sounder on split screen so I can see on the GPS where I am going and where I have been, with the sounder (also called sonar or ‘fish finder’) running alongside.

My WaveRunner has a four-stroke engine, so is very quiet at low speeds. This means that when I am idling along in shallow water, I am not creating a huge noise, and a PWC does not create a large shadow like a boat would. Remember, fish are happily cruising in their own environment, so the less intrusion we make into this environment, the more likely they are to continue feeding.

In a new area, I will often idle very slowly and quietly, just watching the sounder. If it looks promising, I will do a quick drift to work out which direction I am going to go, then double around to where the good-looking sign started. To do this, I do not drive straight back over the area I am about to fish. I will take a wide arc of at least 50 metres, again to minimize the risk of putting those fish off feeding.

Once back at the start point, I get on with fishing! Casting ahead of the drift of the ski is very important, especially in shallow water. When I say shallow water, I mean especially in 10-15m or less. In some places in our beautiful country you can clearly see the bottom in these depths, so landing the bait as far away from your boat or ski as possible is the key.

In deeper water, the procedure is similar, but depending on your sounder, it can get harder to work out if the fish are concentrated, or what species they are. Often groups of fish will appear as different coloured blobs on different screens and being able to determine what is target species and what isn’t will make a huge difference to your catch rate.

Whilst you can read articles like this, watch videos or other types of media, there is no substitute for time on the water using your sounder. Every brand is slightly different and is tuned differently on every different boat.

If you have a look at Image 1, you will see a few items that have helped me find the fish. On the left-hand side the GPS is showing where I have been, and you will see I have marked a spot (the little pink fish) where there was some very good sign. Looking at the sounder, there is a lot of sign, and I can tell by looking at it, that it is good sign. A couple of things. Firstly, there is a lot of it, and it is well separated, with lots of individual targets. Within those individual targets, many of them are solid (showing the pink/red within the blue marks). This means they are decent fish, much larger than little bait fish. In addition, they range from the bottom up to a few metres off of the bottom– classic snapper marks. The way they are split generally means they are feeding.

A quick cast to this sign confirmed my thoughts and produced a nice snapper.

In slightly deeper water, if you see target separation like Image 2, you know it is going to be all on. In this case I was fishing in 18-20m of water, but catching snapper only seven or eight metres deep, and looking at the image it isn’t hard to see why. Again, there was plenty of target separation, you could see the snapper coming up high in the water on the sounder, and many of the targets were red. In the middle of Image 2 you can see a large fish, likely a kingfish in only three metres!

So, in a nutshell, get to know your sounder. Go out on your boat with someone who can check it is set up properly, and then spend time looking around. Mostly, if there is no sign on my sounder, I don’t drop a line in the water. If you can get to the point where you are this confident in your gear, you will get the results! 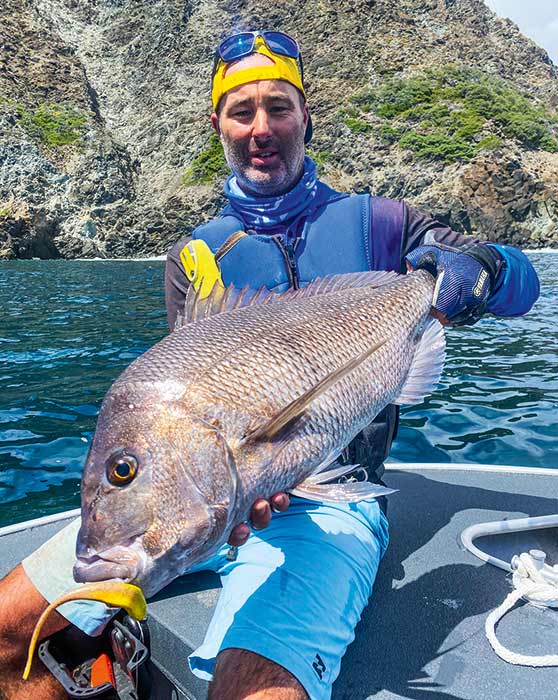 The snapper were in an absolute feeding frenzy, and not one soft-bait made it to the bottom during this frantic session!

As an example of the fishing ‘switching off’, check out Image 3. After a frantic session shown in Image 2, the fishing simply switched off when the snapper had had enough. Look at the difference between the two screen images. The definition of the sign of the fish in the two pictures is obvious and gives an idea of what I look for when heading out fishing. 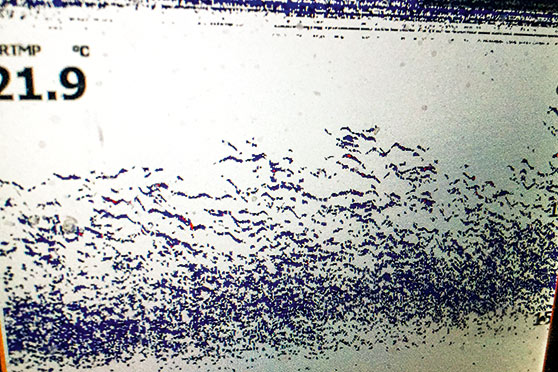 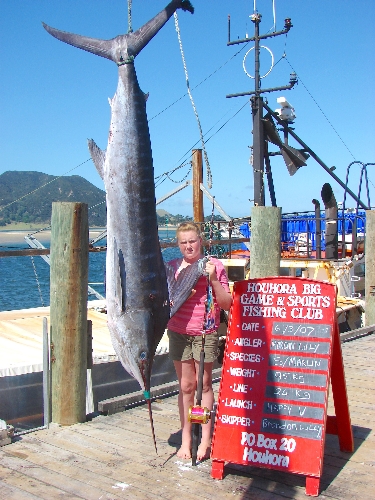