How to fillet flounder

There is an art to eating flounder this way, working the flesh off the frame without getting a mouthful of fine bones; then flipping it over to start on the other side.

In more recent times I have filleted the flesh off the flounder frames and cooked them this way, skin on, the same way you might do a john dory.

You might think filleting a flounder is a fiddley job, but with a decent sized fish and a fine bladed, sharp knife, it is a relatively simple task.

The following sequence shows commercial flounder fisher – Pete ‘Piako Pete’ Thorburn – demonstrating the way he fillets his flounder. The bigger the flounder, the easier they are to fillet.

Starting on the underside, make a slice in the side of the gut cavity as you would to remove the innards when cooking the flounder whole. Slice down the fish, starting alongside the head and proceeding down at a slight angle to a point on the backbone just below the pectoral fin. 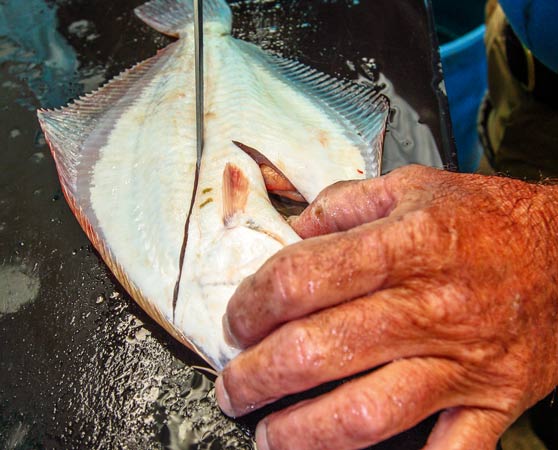 Keeping the knife nice and flat against the frame, work the blade against the bones starting at the head and taking it to the backbone. 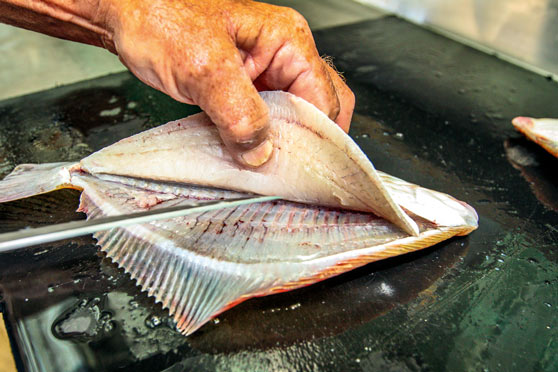 Make a cut from the backbone across to the top of the incision made initially (where the gut would be removed). Holding the fillet in your other hand, pull it upwards to make it easier to access the frame. 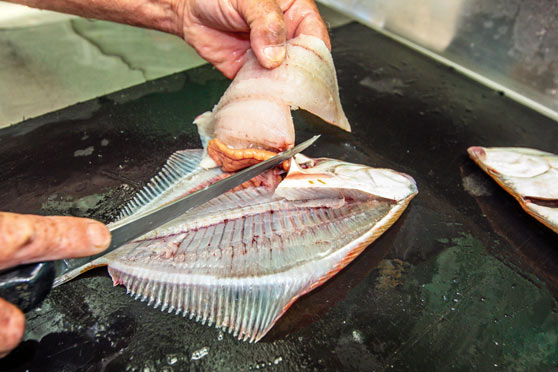 The fillet is separated from the frame. Be careful to keep the delicious row intact. This can either be cooked as part of the fillet, or removed and cooked separately. 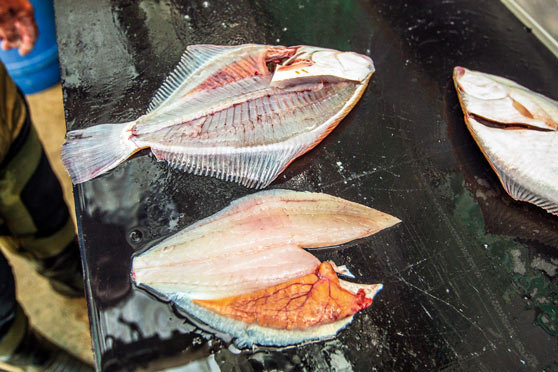 Flipping the flounder over, repeat the exercise starting with a cut down beside the head, slightly angled to meet the backbone. Run the knife at a flat angle, removing the flesh off the frame. 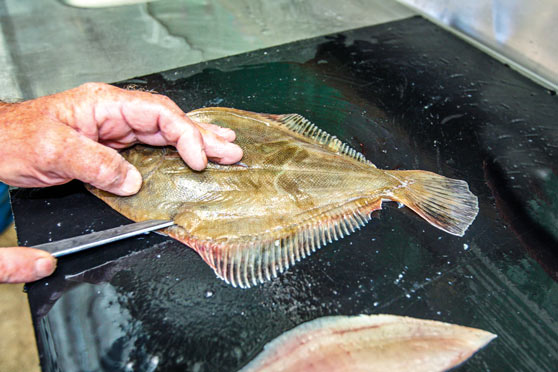 Cut alongside the head and then continue to work the flesh off the backbone, peeling the fillet back with the thumb and forefinger of your left hand, working across the frame to the other side. 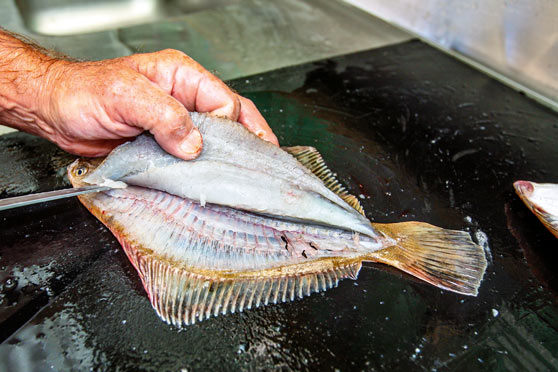 The end result – two fat, tidy fillets that have left very little flesh on the frame. 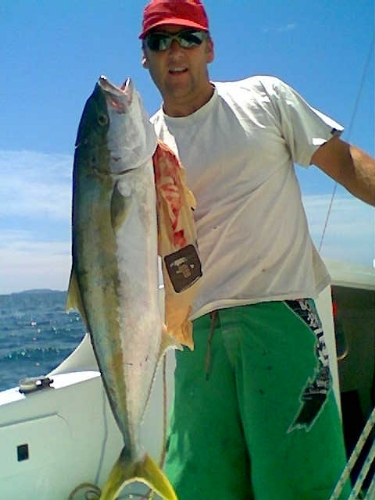 on a handline! - Whitianga