Will Lomas is fortunate to live in the Far North where fishing opportunities abound both inshore and out wider. He regularly fishes his home patch, the Houhora Harbour, and in this article, he shares some tips and tricks for targeting snapper in shallow water.

Houhora is a little township in NZ’s Far North with big raps as an angling destination. When most of us think Houhora, we think of a great game fishing base or an excellent place to catch trophy snapper and kingfish in open water. Few people think of what the healthy harbour fishery may hold, especially when it comes to targeting big snapper.

I’ve seen some remarkable sights along with some great catches up on the shallow mud flats in just a couple of metres of water and less. The fishing can be spectacular, with snapper surfacing in a light constant berley trail, along with piper, kahawai and mullet.

One of my favourite spots is in about a metre of water in a shallow hidden channel running along the side of the now abandoned oyster farm. Despite its shallow depth, this area has great current flow which allows the berley to be detected far and wide. Berley is the key to success here and is a must for any harbour fishing. 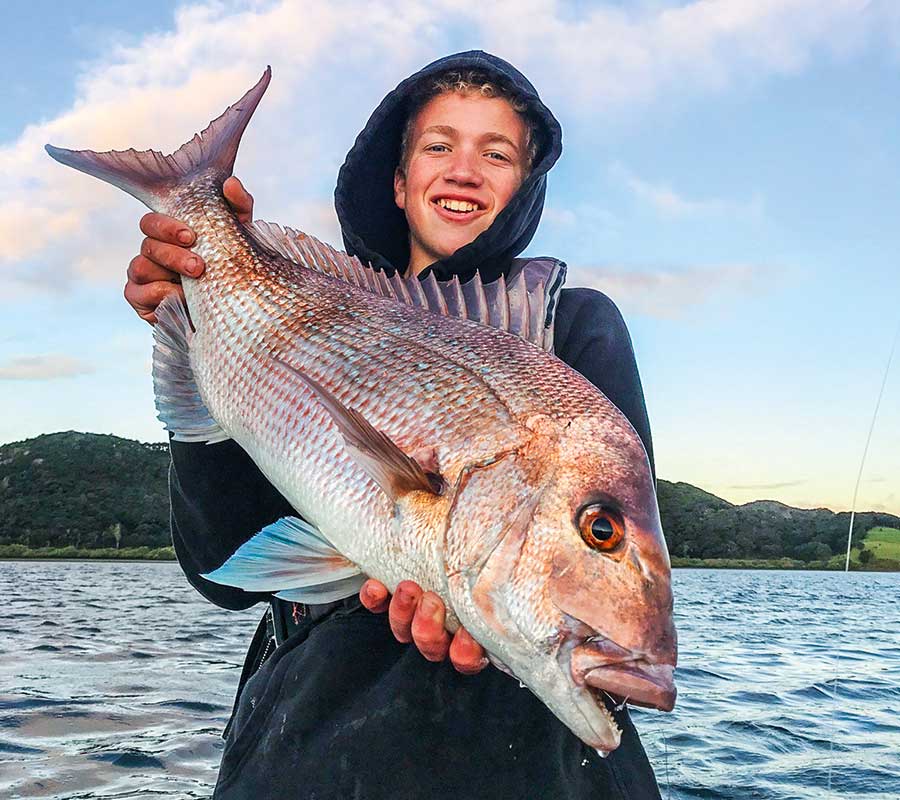 The writer with a low-light, shallow water Houhora harbour snapper.

Towards the end of snapper spawning session, the fish slowly move up into these shallow water harbours which allows them to grab an easy feed. It is an area teeming with little sprats, piper and the odd jack mackerel – bait that all snapper love to eat – along with crabs and shellfish.

I find the weather can also determine how good the fishing is up there. Just before or after a storm is by far the best opportunity to go get into some shallow water string pullers!

Storms disturb the harbour making it murky, stirring the sand/mud and whatever else the snapper like to eat up there. However, clear water conditions can also be a good producer, particularly when there’s an overcast sky just as the sun is setting.

Three days before the full moon is great as well, not only for the best fishing but it also leaves some light to get back through the moorings on the way home!

I’ve had some of my best fishing just before the sun sets when the full moon just starts to peak over the horizon. It’s often glass calm at this time. Fishing with no wind makes it that little bit easier as the boat will sit on anchor the way the current is flowing. 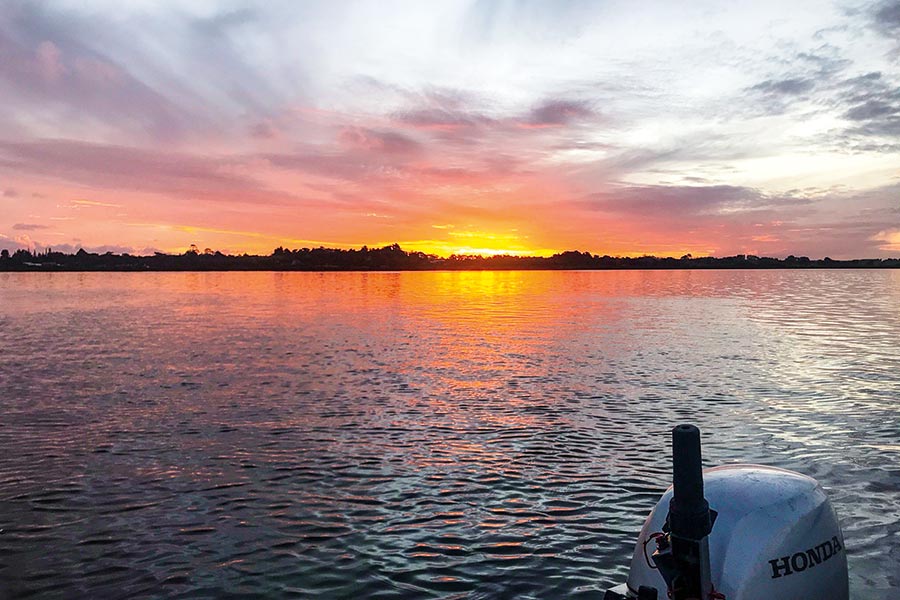 As the sun drops over the horizon and the light fades, it is shallow water big snapper time.

The rig I use is simple – probably the most basic rig you can get! I run a Shimano Baitrunner 6000 spooled with 20lb monofilament on an Aqua Tip rod. Two metres of 60lb trace is tied straight to the mainline using a back-to-back uni joining knot. This then comes down to a half-ounce ball sinker sitting on top of a 6/0 J hook, tied on with a uni knot.

This style of rig allows the bait to sit on the bottom without too much movement. As the snapper are scavenging hard on the mud or sand, this makes the bait look like it belongs there!

The 6/0 J hook can be threaded through a nice chunk of skipjack tuna with the point exposed enough to hook a snapper when it picks it up and turns. With the Baitrunner function on, the hook is unimpeded. This feature allows for the snapper to run with the bait before WHACK! – you engage the handle and the drag and you are on! Whole piper or a yellow eyed mullet is just as good as they both present what the snapper hunt naturally. 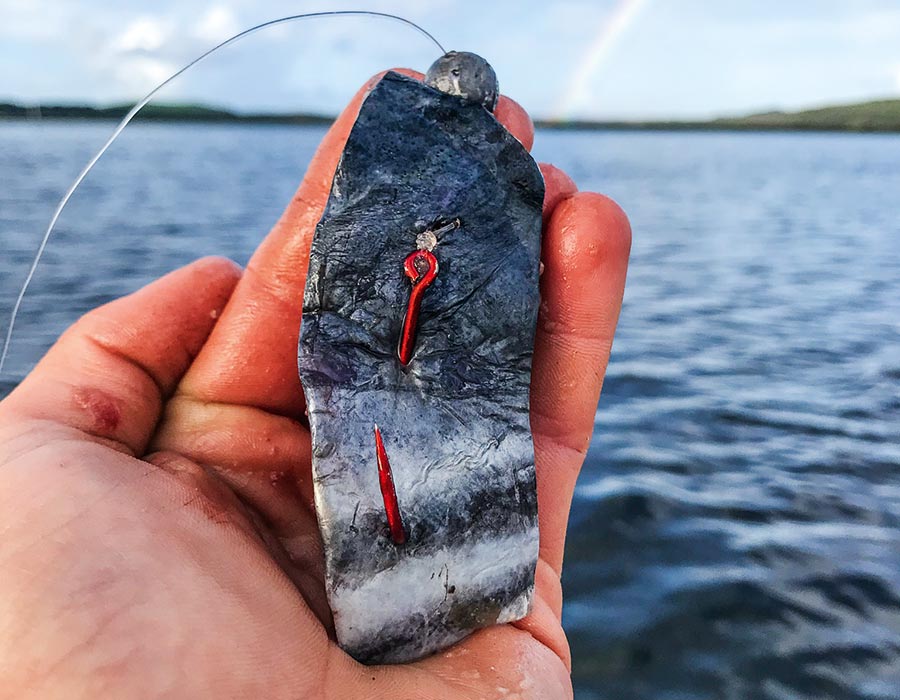 It pays to leave the point exposed to ensure the hook can do its job.

What I found with the skippy, however, is that it creates its own semi-berley trail off the hook. As it is so soft and oily, tiny chunks break away from the main bait when it is cast.

But like everything, fishing harbours takes practice. It’s a whole lot different from fishing out in the open for snapper. Stealth is important – you need to be as quiet as possible, especially if in a tinnie.

I’ve written this around my experiences in the Houhora, but the tips and techniques will be worth deploying in your own home shallow water patch. Good luck!