As we head into the colder months, the weather can be really good after the summer cyclone season. The days are shorter and the light changes bring a very different feeling to the Hauraki Gulf, with crisp, clear days and stunning fishing conditions.

At this time of year, the bigger fish take dominance over the inner harbour’s shallow reefs, where some remain all year round. This makes sense, as it is an easy feed for them with all the bait around and such hospitable conditions. These larger fish are available to all boaties and kayak fisherman right on their doorsteps.

In Auckland we are lucky as we can literally fish two very different harbours in one day. As the two harbours are 40 minutes apart, I used to fish one in the morning and the other in the afternoon when I was young and as keen as mustard to learn different techniques and styles.

The inner Waitemata Harbour and the Manukau Harbour provide an angler with different fishing styles and different species to target. Let’s have a look at these two varied harbours and some successful techniques to fish them.

The East Coast Bays of Auckland can provide great bait fishing options and I find using the local bait works best. I will take a small bag of pilchards with me to berley up, and then catch my live baits as I need them.

One of the most prolific spots for catching baitfish is the Takapuna cliffs. I like to use light stray-lining gear to deploy live baits down the berley trail (I wrote a detailed New Zealand Fishing News article on this method in March 2017). Fresh, bought baits like squid, piper and saury also work well on a lightly-weighted rig.

I prefer to plan my fishing trips for the change of light, as I find the shy winter fish are more active then, and it is a magical feeling catching these prime fish in twilight conditions.

I have also found that, as a general rule, the fish bite in one area on the incoming and another on the outgoing tide (incoming in Rangitoto Channel and outgoing at Takapuna). They seem to follow the motorway going with the current. As I said, this is a general rule and you will of course catch fish on both sides of the tide. 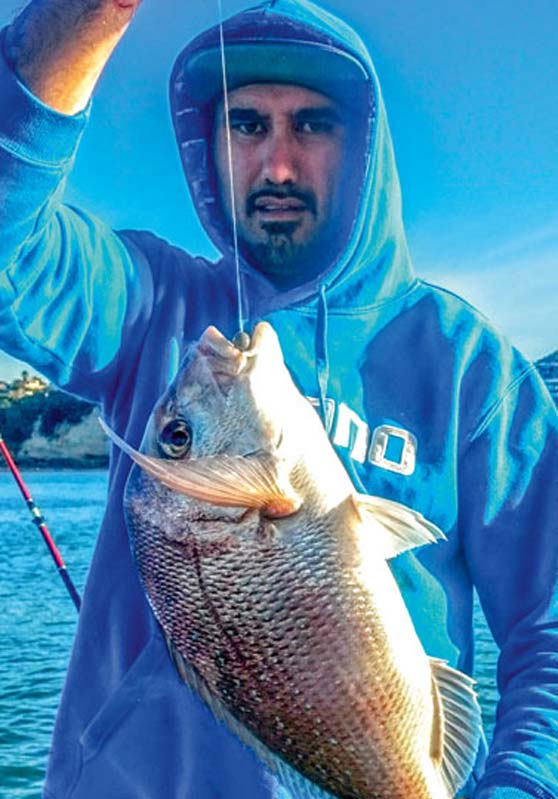 The pilchard work-ups start around beginning of May and can also be a lot closer in and more dramatic as bait gets pushed up against the land in June, July, August and early September. We have seen this on the inner islands like the Ahaas, the Noisies, Rakino, Motutapu and Rangitoto (and also in closer off the East Coast Bays).

I find lure fishing the most effective, efficient and fun way to target snapper, kahawai and even kingfish under these winter pilchard workups. We have caught good snapper on jigs and soft-baits in up to three metres of water as the bait gets pushed in closer and closer to land and trapped there.

Make sure you keep a watch when travelling past these inner island areas, as you may be driving past the good fishing on the way out wide. Take a good set of binoculars (7x50 are best) and scan the inshore areas for birds working. Birds equal bait and bait equals the predators you are after! 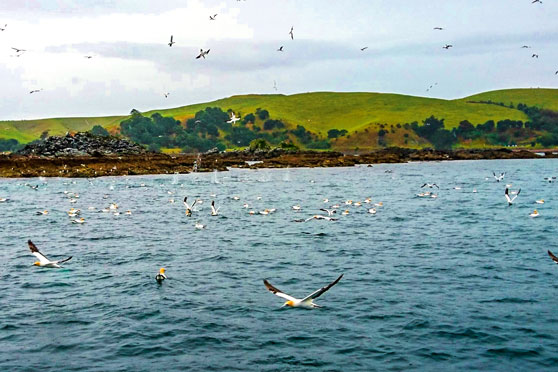 We also have great winter fishing in the Manukau Harbour and this means different varieties to target. I used to take my son and his friends there in the winter months and fish using 1/0 or 2/0 flasher/dropper rigs (flasher rigs with red, orange or chartreuse seemed to work best, in that order).

We would launch at Cornwallis and head out to either the second bank out from Cornwallis (fishing in 3-5 metres), or over to Mako Bay on the bank. In these areas we would target both gurnard and kahawai. 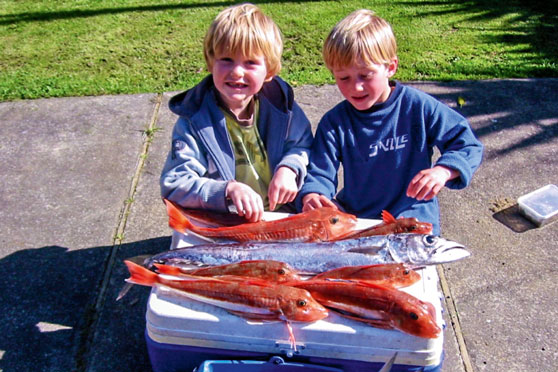 Once on the spot (usually 1.5 hours either side of slack tide, as the current is very fast), we would deploy a berley bomb on the anchor near the bottom and fish our flasher/dropper rigs.

I would position the sinker up the line and close to the first hook to make sure the bait was in the zone (nearer the bottom where the gurnard feed). As we used recurve hooks, it was a simple lift when you got bites and the fish would be on and stay on (striking did not work as well).

Occasionally we would also encounter other species like trevally, eels, sharks and barracouta while fishing these areas using these techniques.

Another great area that used to hold fish was the Little Huia Bank (yes, another bank that obviously held bait and was a highway for the fish). I would fish an area in 17 metres of water again deploying a berley bomb, flasher/dropper rigs and a positive attitude (brings on the fish). This area did not have so much current and I used to fish right through the tides here with great success, though outgoing was the best.

I even caught good trevally here on a two-hook dropper rig with soft-baits deployed in the current (a small bait on one hook and a soft-bait on the other). The trevally would always take the soft-bait, but if I put two soft-baits down it did not work as well for some reason.

What better way to spend a sunny winter’s day with your children than teaching them about what is really important in life – including them understanding their environment and learning about sustainability for the future.

My son is now grown up and has the same passion as I do about the sea and is making sure his future children can enjoy it like he has. 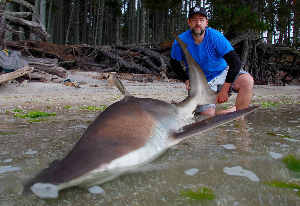