Fishing for the Future

As an experienced kayak fisherman and diver, Rob Fort has an intimate knowledge of his local marine environment – and he’s noticed some concerning changes…

Having fished and free dived for many decades, it’s clear that things are changing with the world’s ecosystems and, in particular, our oceans’. The issues that are coming to light in New Zealand and around the world suggest we need to make changes.

It’s clear that everyone who fishes with a rod or spear needs to keep their impact as minimal as possible. There are ways this can be done and it’s my intention to encourage, respect and not point the finger at any form of fishing. We all share a common goal which is to ensure the environment remains in the most pristine condition and this will only be achieved by considering what we do. As a kayak user who dives and fishes from them, my impact is already minimal; however, there is still opportunity to reduce it even more. 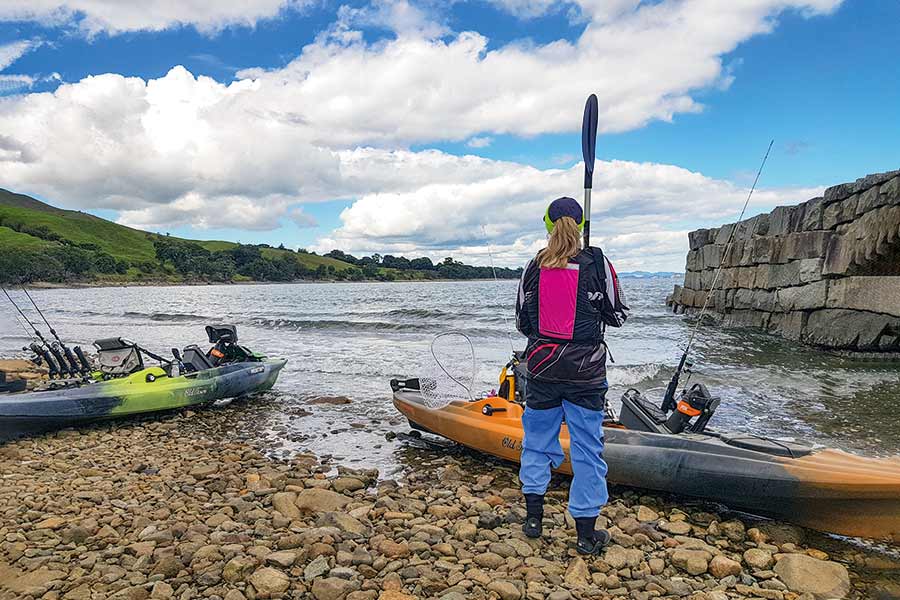 Think about your impact on the environment when using a kayak for fishing.

It all comes down to respect. When you respect the ocean, you are encouraged to treat the ocean and its living creatures with greater care. Head out with the best attitude and resist being a grumpy angler. All living creatures deserve to be appreciated, including bycatch or undersized fish. Resist feeling annoyed when an undersized fish takes your bait and gets caught. Exercise care when releasing these smaller fish so they are more likely to survive. Remember, gathering seafood is a privilege and should never be considered a rite of passage.

There is no doubt that we as fishermen can reduce our impact on the environment. The evidence of our impacts are easy to find – a visit to a popular fishing location along the coast will uncover fishing tackle and packaging washed up on the shoreline. As someone who cleans coastline areas during regular visits, it always amazes me just how much we find. Bait and salt ice plastic bags are the most common things we collect. No matter what fishing object is lost to the environment, the person using it is responsible. Be vigilant with your rubbish and even make the effort to remove anything you come across.

Another way we can take responsibility is by discarding tackle items that are worn and more likely to be lost during use. A good example is soft-plastics. They’re often mislabelled as soft-baits yet have a completely different make up which alters their impact on the environment. Berkley Gulp! soft-baits are made using water-based polymers and are way less harmful than soft-plastics made using oil based materials. Both have their place, but often the plastic is treated like a Gulp! soft-bait which can be rethreaded on the hook after suffering damage. This can be an issue, especially if the damage is around the nose or front end, making them easy to pull from the jighead. Once lost to the ocean, a biodegradable soft-bait gets consumed and is unlikely to be seen again, unlike the soft-plastic which may wash up on the shore.

Clearly, the best option is to stop using the damaged soft-plastic, which can be hard for some anglers trying to get the most out of their money spent on tackle. This also seems to be one of the main reasons some anglers go for plastics over the more eco-friendly option of Gulp soft-baits. In my opinion, no price is too high to pay for a healthy ecosystem. 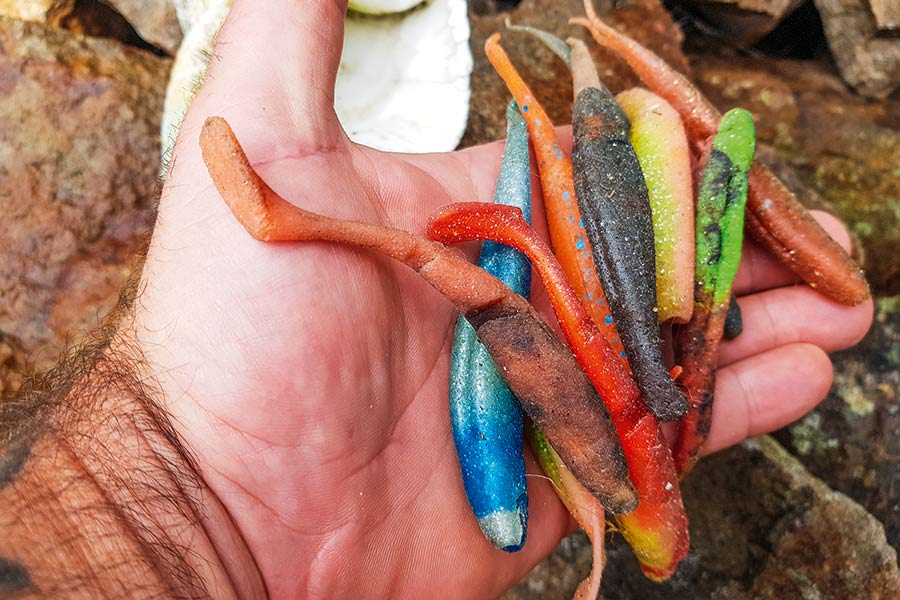 Lost hooks, lures and rigs to fish and snags can also be an issue, so it’s important to do the best you can to prevent this in the first place. Using good tackle in the best possible condition will reduce the risk of failure. Use the best knots possible and avoid going into battle under-gunned with your equipment. For example, large predatory fish require heavier gear and any compromise could do damage to both the angler and fish. For this reason, it’s a good idea to avoid using light tackle on species that could potentially break off, which will leave them swimming around with a lure hanging from their mouth.

Another problem with big fish on light gear is the amount of time the fight takes, with longer durations more likely to knacker them to the point they aren’t likely to survive. Care needs to be exercised when releasing fish also and it’s best to try and unhook them while still in the water beside the kayak. If fish aren’t handled, they certainly have a much better chance of survival. If it’s a big fish and you want to get a photo before letting it go, try to use as little contact as possible and support it underneath the body. Good practices with tackle will not only result in you catching more fish but will also reduce the chance of gear loss.

It’s also no use continually feeding fish to sharks, especially if you happen to be targeting schools of yellowtail kingfish with jigs. You can’t blame the sharks for taking advantage of an opportunity for an easy feed. The sharks will continue to hang around so trying to catch another one will most likely be in vain and all you are doing is reducing the kingfish population. Hooking the shark is also possible, so it’s best to move away and find another location.

One area kayaks are extremely effective is in very shallow water and quite often these places hold resident fish like large snapper. If the large snapper is caught and taken home, there is a consequence for the coastal environment. The result is kina barons which are large areas of seafloor stripped of any kelp due to excessive numbers of these sea urchins. The big snapper feed on kina as part of their diet so when they are no longer around, the kina numbers rise and get out of control. Not only does a kina baron change the seafloor but it also takes away habitat for other sealife like juvenile fish. These big snapper are strong survivors with the best genes so it’s worth letting them go to continue reproducing. 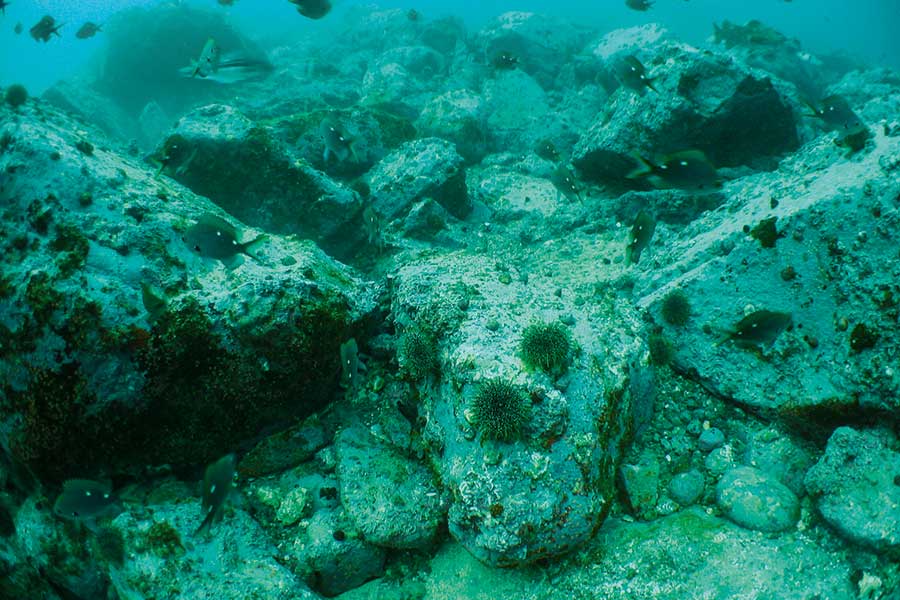 Our country has very generous daily bag limits which allow us to get more than a good feed of seafood; however, we don’t have to take everything. All too often the success of a day’s fishing is measured by the number of fish in the bin. Getting out on the water is such a fantastic pastime. The fish we catch or the seafood we gather is a bonus for the day and should be thought of like this. Taking control and setting your own limit for your catch that focuses on providing a feed of fresh seafood rather than stock piling the freezer will further conserve the resource. By doing this, you also have a reason to get out there more often to gather another feed. 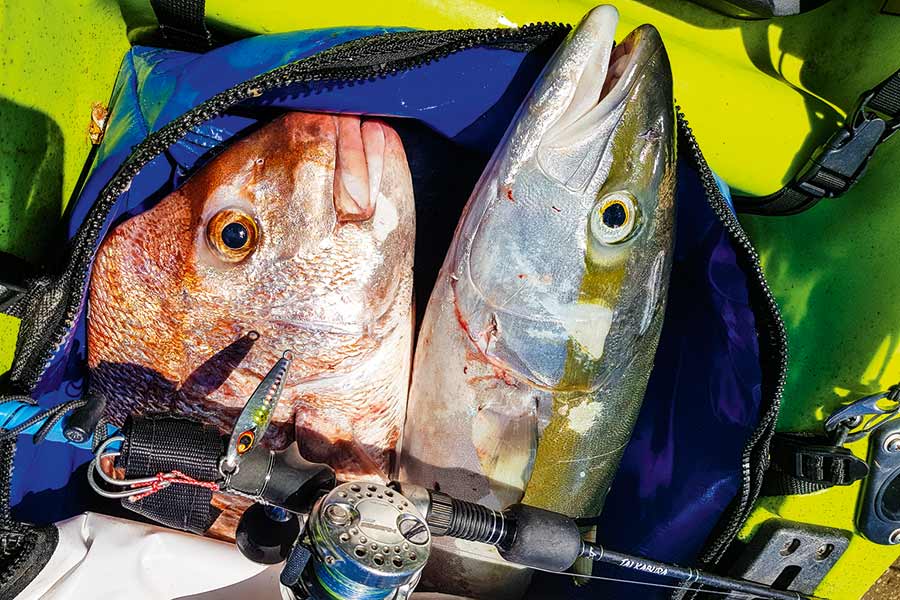 Two fish like these provide plenty of food, so limit your catch to conserve fish stocks.

Utilise everything from your catch

Right from the moment you decide to keep a fish, it should be dispatched then placed on ice to be chilled down. The life taken deserves to be given due respect and this will ensure it reaches the table in the best eating condition. When it comes to the seafood you decide to keep for the table, it’s best to utilize as much as possible. Fish, for example, are often prized for their fillets yet other parts of the body can provide quite a bit of meat, like the head and belly flaps. Making fish stock or baking them whole really takes advantage of everything on offer. Any remains that are left over once fully stripped of meat can still serve a purpose by being buried in the vegetable garden and providing food for the plants.

Do your part for the coastal environment

There are other things you can do when out on the water as well as back on the shore. Us kayak anglers are more likely to find human rubbish along the coast where we get access to the water. If you come across anything floating on the ocean, remove it. Clean up anything along the coastline if you land on an offshore island for a break, as well at the end of your day back at the launch location. All too often, many do nothing or only make a small effort like securing a plastic bag by placing rocks on it. This conduct makes no sense to me and surely getting rid of it is the more obvious choice.

We all share a passion for the ocean through our various activities out on the water and it’s clear things aren’t right, yet with small changes we can make a difference. Take on the role of caretaker when outdoors hunting and gathering. If we all work towards a common goal together, then there’s a real chance of change. 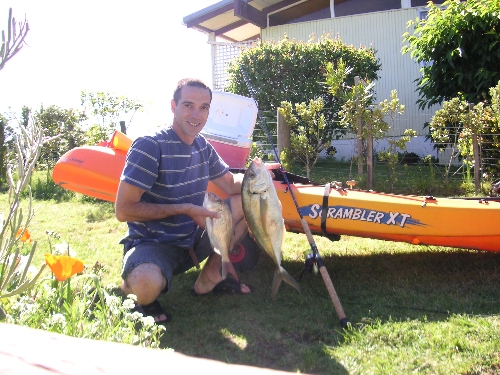 My best Trevally yet. - Papamoa Beach

Check the rubber for signs of wear,only...
Spring clean and season prep