Jack Lusk’s record speaks for itself – he knows how to catch big fish. He shares some of the secrets to his success.

When people ask how to catch more fish, they typically focus on finding ‘Spot X’, or what new gear they need. Both of those elements can make a big difference, but there are also some fundamentals in the way you approach your fishing that I think are even more important. If the catching part isn’t a big deal for you (plenty of people just love a fun day out), these tips might not be for you. But, if you’re keen to be more productive and want to catch fish even when conditions aren’t ideal, these ideas could be worth giving a shot. 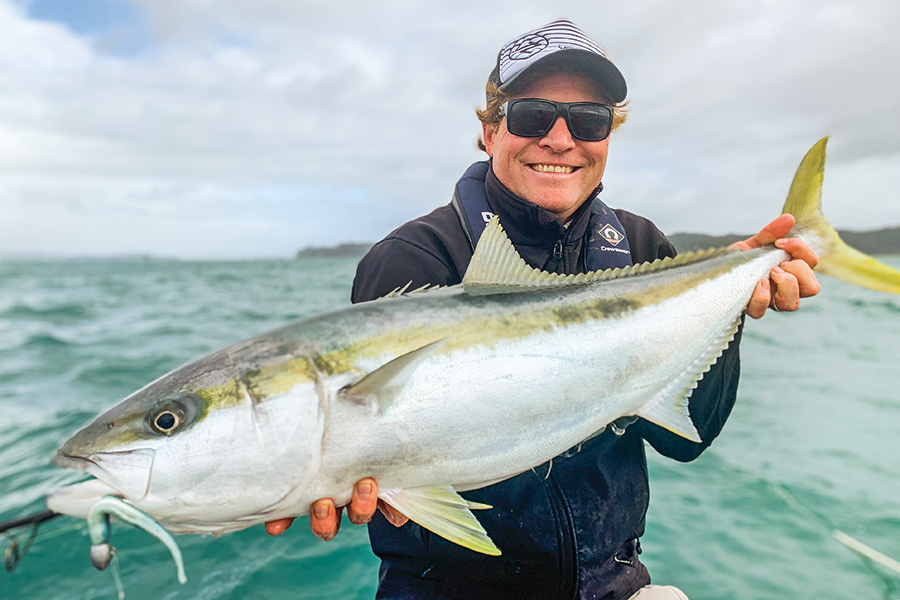 The writer hooked up to this kingfish while deep dropping under a workup.

Being well organised and having everything in order before you hit the water is vital. It’s all too common to find out you’ve left some important piece of equipment at home or that something’s broken when you unpack the bag to rig up. I tie all my rigs the night before in good light with no wind or distractions. It’s also a great time to check all your gear is in good condition, and to make sure you pack everything you need. I know one guy who even uses a checklist! While you’re getting ready, you can trim back your tackle to what you’ll actually need and identify any gaps. A lot of people end up doing that on the boat, rocks or beach when they get to the spot. This cuts down the fishing time, and there’s also that risk of finding out you don’t have the right gear for the situation.

Toughen up a bit

Fair-weather fishing is great fun, but those bright, warm, comfortable days are often a bit tough – the fish generally seem to shut down when it’s still and hot (workups aside). I generally prefer overcast conditions, and I don’t mind fishing in the rain or a bit of wind. Many good fish are caught when you’re fishing in slightly adverse conditions (or even a bit worse). Of course, safety is your first concern; I never fish when it’s dangerous. But throw on some thermals or a raincoat and get out there when it’s not 10/10. The fish are already wet; they don’t mind. You’ll also have less competition from others – a heck of a lot of people wait for perfect conditions before they hit the water.

There’s a wealth of information out there to help you catch fish. Magazines such as NZ Fishing News and fishing sites such as www.fishing.net.nz are loaded with informative articles and videos that cover all corners of fishing, so you can always find resources that will help you. You can look up particular techniques or locations pretty easily and get a head start before you hit the water. These days tackle suppliers and even charters frequently pinpoint spots where the fishing’s hot, and often you can pick out landmarks in photos on social media. There’s also more general advice on what’s successful at different times of the year in different locations. All that information can help you find out what’s working, and where, in the area you plan to fish. Of course, there’s nothing better than having a good network of fishing friends to give you a heads up on what’s happening.

If it’s your dream to catch big snapper, focus on it. Forget about other fish and target all your efforts on big snapper. Lots of people end up tinkering around doing heaps of different things, without really specialising and building the expertise they need to catch lots of fish (and bigger fish) on a regular basis. For example, most people know that the biggest snapper are often taken on very big baits, but it takes discipline to stick with it while other people catch decent fish on smaller baits. Sacrifice the pannies to chase that fish of a lifetime. Of course, you could always catch a massive fish on a small bait – that’s fishing! But most of the people I know who regularly catch big fish are targeting them very specifically, and ignoring everything else.

Get conditions in your favour

Often, people end up fishing in the same spots, regardless of conditions. Wind against tide is a classic example. When wind and tide are running together it’s generally a good situation, but when they aren’t, your catch rate will likely drop off – often quite dramatically. Look at the conditions and try to get things in your favour. Plan to fish out of the wind where you can, but otherwise make sure you’re in a situation where the technique you’re using is going to be effective. Sometimes, that means changing your technique or your tackle entirely to match the conditions. It also often means moving to a different spot where you can fish more effectively. Interpreting weather forecasts/conditions and taking the time to learn the way the current moves in different spots is a huge advantage in getting things in your favour.

There are plenty of signs that indicate where the fish might be – birds working, bait schools, dolphins, current lines or even a group of boats with bent rods. You need to be alert to what’s happening above and below the water. Recently we headed over to a spot where three gannets were diving every so often and rapidly caught several big fish. It wasn’t a workup by any stretch, but the gannets were enough of a sign for us to head over. Even in the depths of winter, I’m looking for the seabirds, dolphins and other sea life to find the bait, because the best fish will normally be somewhere nearby.

Skip the sleep in and the early night

Fish love dawn, dusk and dark. It can be inconvenient to be fishing at those times, but the results are worth it. I’m almost always heading off in the dark to get to the spot before dawn. It’s amazing how often the fish (particularly the larger models) shut down as the light gets up – just as most people are setting off. Likewise, plenty of people prosper in the wee hours of the night. Those early mornings and late nights aren’t easy, but the results make it worth it. If you can avoid waking the rest of the house when you head out, well played! 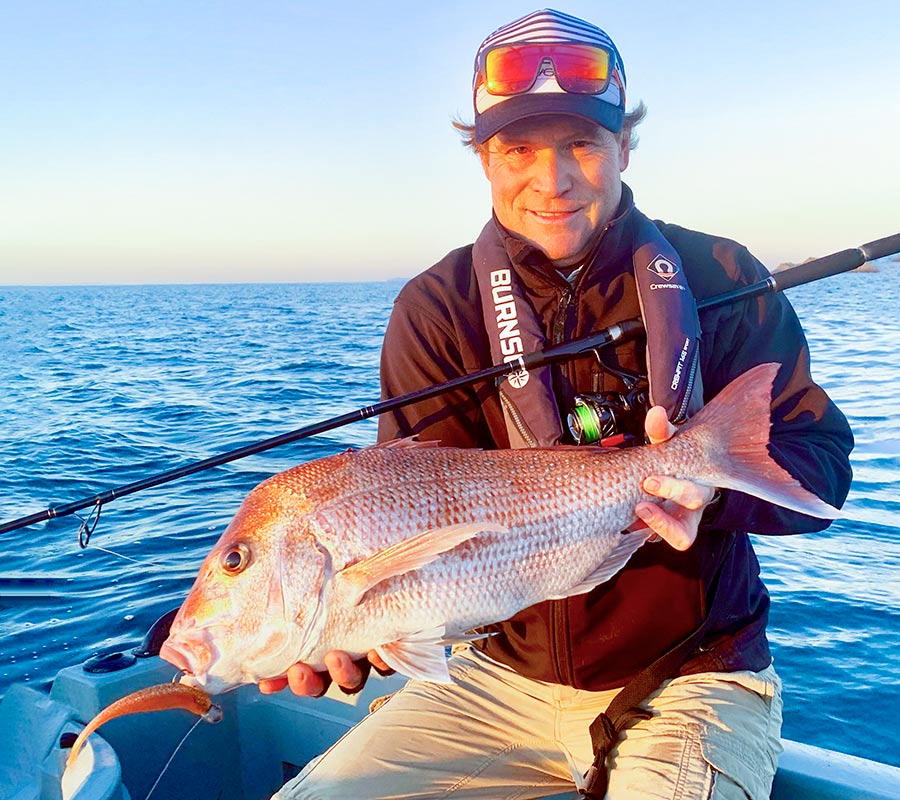 All the most successful fisher people I know are avid learners. They’re always thinking and always picking up new skills. Over the years you can also build up knowledge of the best locations and predict where the fish will be at certain times of the year, or in certain conditions. You’ll also find spots that reliably fire at certain times and tides, or in particular wind conditions. I always check back through my photos to see what was happening at the same time last year. Often, the fish are in similar spots at similar times. All of this knowledge can help you succeed, along with getting better at all the technical elements like knot-tying, casting, or staying in contact with your hook or lure.

Everyone still has tough days every so often, but I find these principles help make those days the exception. I miss the sleep-ins and I’ve been called ‘obsessed’ plenty of times, but it’s worth it! Jigging from a Kayak - Lake Rotoiti