Best ways to freeze your fish

Sometimes it is necessary to freeze part of the catch, and if done correctly, most species are good for two or three months, possibly extending to six months for well-prepared fish. I would throw anything out (or feed it to the cat or dog) that is older than six months. Best case scenario – use it as a basis for stock.

Fatty freshwater species such as salmon and trout, unless they have been smoked, should be used within three months.

The key point to remember when freezing food is that air is your enemy. My parents would freeze their fish as meal-sized portions in plastic containers, topping them up with clean seawater, excluding all the air. The containers would be taken out of the freezer and allowed to thaw 80–90 per cent of the way before the fish would be patted dry and then cooked. The result was pretty good. 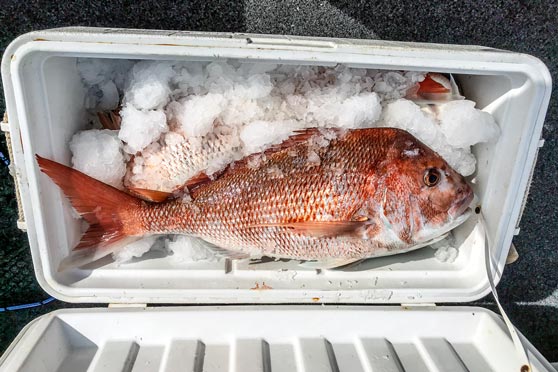 They did mussels, scallops, pipis and tuatuas the same way.

Another method I have heard of but never tried is ‘glazing’. Dip the fish in cold salt water and put them on a tray in the freezer. Let that water freeze, then repeat the process several more times to get an approximately 5mm thick ice glaze on the fillet. You can then put your glazed fish into a plastic bag for storage.

I have also used plastic cling wrap to bind the fillets tightly, but this is last resort stuff.

To prepare the fish for vacuum-packing, I don’t wash the flesh after filleting, it’s just wiped clean with a paper towel to remove any blood or scales. The fillets are laid flat in the bags and then vacuum-packed. While there are plenty of options available, I use an Innovation Vac N Seal unit from Gourmet Innovations NZ. 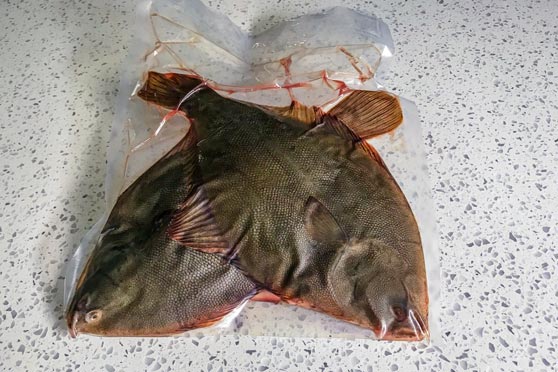 And it is not only ‘wet’ fish that benefits from the vacuum-packing process. Wife Faith recently coated quite a large quantity of fish in a mixture of panko bread crumbs and desiccated coconut.

She had prepared more fish bites than required and not wanting to waste any, I vacuum-packed the remaining coated pieces. As with Mum and Dad’s process, the fillets were only part-thawed before they were shallow-fried when the time came to use them. The result was quite acceptable – not as good as fresh, but still tasty.

Part of the secret to getting the most out of frozen fish is to thaw it in the fridge and not at room temperature.

If you don’t have access to a vacuum packer, there is another tried and true way to remove as much air as possible from a bag. Put the cleaned fillets into a zip-lock bag and slowly lower it into a bucket or sink of cold water, allowing the water pressure to force the air towards the top of the bag. As soon as all the air has escaped, zip the bag shut – not quite as good as a vacuum-packer, but not bad. Another little trick I recently picked up around storing fish was the use of paper towels. On a recent trip to Kona, Hawaii, we were greeted by our friends bearing a large loin of yellowfin tuna (ahi) which they had caught a few days before we got there.

Now if there is one thing I particularly enjoy it is yellowfin tuna, either as sashimi or as lightly-seasoned steaks on the barbecue.

The fish was wrapped in layers of paper kitchen towels which had absorbed any moisture. It was a fair lump of tuna which we slowly consumed over several days – each day the tuna tasting better than the day before. Apparently this is how the Hawaiian crews looked after their prized ahi and I have since tried it with kingfish and hapuku steaks – it works a treat.

It is essential to keep your refrigerated fish as dry as possible. I use a Sistema KLIPIT deli-storer which has a removable plastic mesh tray in the bottom which stands around 8mm high. This allows any juices to drain out of the fillets, separating them from the bottom layer of fish, and preventing the fish from rotting in its own juices.

Always keep the lid on the container, so the fillets don’t dry out too much. Fish will keep in perfect conditions for 4-5 days when cared for in this way.

No vegetable keepers handy? Try this alternative, especially as a short-term solution. Get a large dinner plate and cover it in several layers of kitchen paper towels. Place a dessert plate or similarly rounded dish/container upside down in the centre of the plate and lay the fillets long-ways against its side.

Cover with plastic cling film or paper towels and refrigerate until needed in the galley. 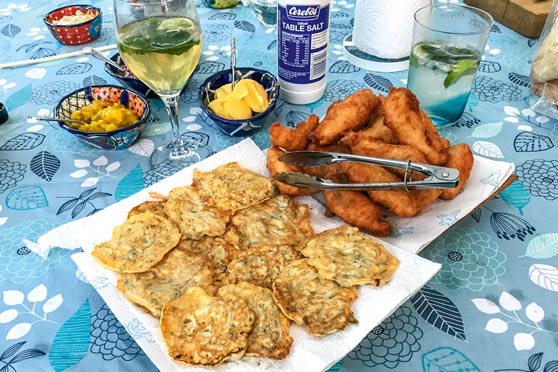 phill's first tarakihi...and the biggest for the day - waihau bay