5 Mainland Species for early summer in the South Island

It is good to have some time on the water before Christmas madness and the summer holidays kick in. Many good fishing opportunities present themselves from mid-November to Christmas. Here are six of them.

Fishing the flats for kingfish

The sandflats of Golden Bay often see kingfish arriving between late November and early December. This is an outstanding sight-fishery for the kingfish, which follow stingrays. Stingrays grub up the bottom sediment, often dislodging a range of prey items that the kingfish quickly swoop on. Individual or small groups of kingfish accompanying stingrays can frequently be encountered at close range.

Saltwater fly-fishers have made the most of this opportunity and the weeks just before Christmas can provide some outstanding fishing. Most kingfish encountered are just below the legal size, making Golden Bay primarily a catch and release fishery, but these smaller kingfish are manageable on relatively lightweight saltwater flyfishing gear. Mussel rafts further out in Golden Bay attract larger kingfish – getting out early in the day before the wind picks up is a good ploy.

Allow yourself at least three days in the bay. Hopefully, you will get one or two sunny days. This is a relatively new fishery which has rapidly increased in popularity over the past five years. Golden Bay is a very relaxing place to stay, and Collingwood is a good base with good campgrounds. 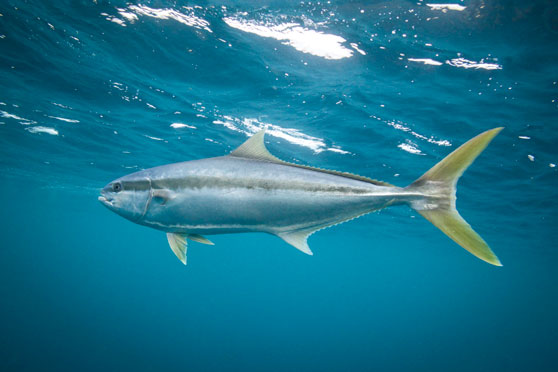 The recovery of the Tasman Bay snapper fishery has been spectacular with catches increasing dramatically over the last five years.

In many ways, the good fishing is an indication of the long-term recovery of the fishery from a low point in the late 1970s when pair trawlers almost exterminated the Tasman Bay snapper stocks overnight. Strict quotas put in place in 1986 has allowed the long-term recovery of the snapper stocks, and if catches over the last three years, in particular, are anything to go by, the fishery is now in a healthy state.

Late November is the prime month for surf casting for snapper in the region, with some big fish coming into shallow water in the channels of the Waimea Estuary and into the surf on nearby beaches. Nelson’s Boulder Bank also fishes well at this time.

Small boat fishing can also be very productive, but the bay is quite featureless, so looking on the sounder for fish marks, or anchoring up and using a lot of berley are good strategies. As a starting point, work the 20-metre depth contour for snapper. 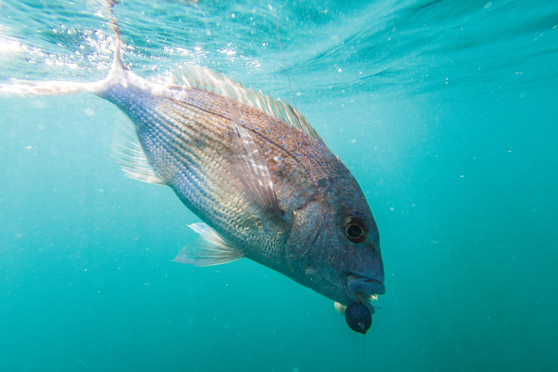 One of the newer fisheries anglers are starting to discover is the blue moki fishery of Banks Peninsula and the outer bays of Lyttelton Harbour. Over the last few decades the number of blue moki around Banks Peninsula has increased as the result of the inshore set net ban. Moki thrive on the interface between the kelp-covered rocks and sand.

Fishing in depths of 8-17 metres can be very productive, especially using a kayak. Use a mixed shellfish/crustacean berley to attract the fish. The best bait is a cooked prawn fished on a ledger rig. Blue moki will often suck the bait in rather than picking at it like blue cod, so maintaining good line contact is important.

Moki are strong fighters, and fish typically average around two kilograms, so they put up a solid fight. Forty-pound braid is recommended to get the fish out of the foul and to move them into open ground – moki are often ‘dirty’ fighters. A quick-release anchoring system for the kayak is a big help.

The mussel farms along the heads of Port Levy and Pigeon Bays are favourite spots to target blue, but they are widespread around Banks Peninsula. The weather dictates where I fish: settled weather with clear-ish water provides the best results. The end of November usually sees salmon returning to Otago Harbour to feed. The fish will stay in the harbour all summer.

Like all of our wild salmon fisheries, Otago Harbour’s run has its good and bad years based on available food supplies. There appear to be plenty of sprats and krill in the food chain along the South Island’s east coast this year (if Kaikoura’s recent salmon run is any indication), so well-conditioned salmon could well be around in good numbers this season.

Late November and early December is a good time to start prospecting the harbour for salmon. Although we can never be sure of how good the season will be, it is looking promising. The Otago Harbour salmon fishery is very accessible and ideal for small boat fishers. 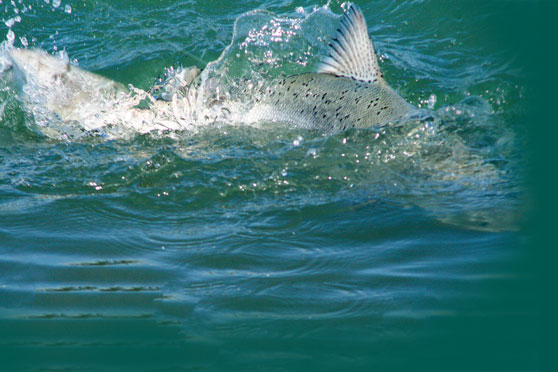 Over the last 10 years catch rates of gurnard and tarakihi have improved dramatically in the Marlborough Sounds. By using specialised techniques, both of these species can be found in good numbers and targeting them takes some of the pressure of the blue cod fishery.

Gurnard are often caught over open ground while drift-fishing with flasher rigs and soft-baits. Tarakihi are usually found close to reef structures and tend to gather in schools.

While the blue cod fishery is stressed, there have been dramatic improvements in the health of other fish stocks within the Marlborough Sounds. It is likely, too, that with a dredging and trawling ban in place in the Sounds, the seafloor is recovering, allowing these species to increase their numbers. 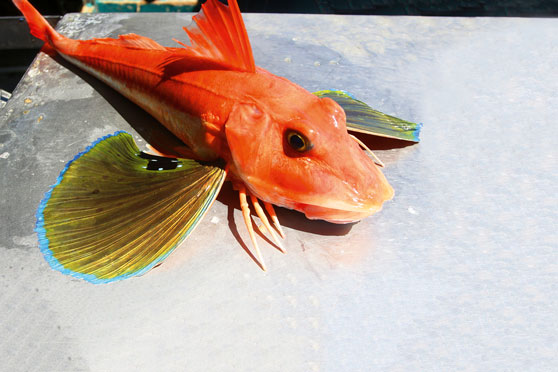 There are signs our inshore fisheries are improving perhaps the result of long-term benefits of the quota system, to some extent at least. Increased restrictions on dredging and trawling in some areas has also helped.

Some fisheries are cyclical, like salmon, but the signs are good for the run this season, with fish in top condition already being caught on along the Kaikoura Coast.

Other fisheries like the Golden Bay kingfish fishery and Banks Peninsula blue moki fishery have developed recently after a few key anglers became aware of them and promoted them on social media.

Late spring/early summer is a great time for small boat anglers, with a diverse fishery close inshore. The long days are well suited to wetting a line before or after work. Pre-Christmas is a great time to get out for a fish on the salt.

For the Eging for Squid team, a lot of missions to hunt down the squid are spontaneous ones – dictated by calm nights, slight winds, a... more >

Craig Worthington explains how to navigate saltwater flyfishing on estuary flats in Parengarenga, Tauranga, the Seychelles, Aitutaki and Tah... more >

In the second (and final) part of this series, Sam Mossman details more of the unusual fish that he has encountered over his years of fishin... more >

Grant Blair spent a morning with Stephen Tapp and Grant Montague from Viking Kayaks at Opito Bay recently. The objective was to gain some fi... more > 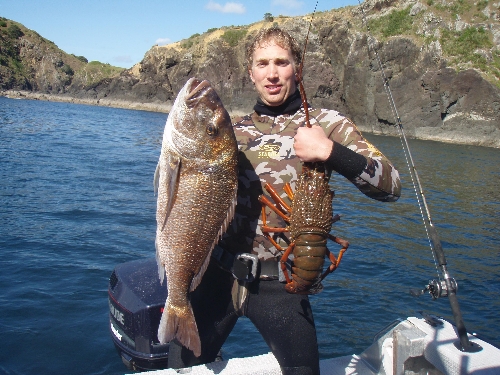