Why it's Best to Target a Variety of Fish

New Zealand’s seas and coasts are a precious treasure, writes Sam Boothroyd. With a massive range of accessible and tasty table fish ranging from the bottom of the South Island to the Far North, the seas are bursting with life.

Going fishing in the paradise we call New Zealand is a privilege. Catching and then eating the great-tasting seafood we have been able to harvest satisfies a primal instinct in all of us and is a pleasure that is hard to rationalize, but one which I always treasure.

There are ways to make this experience even better, not only for our palates, but if done correctly, maybe for the balance of the ecosystem. One of these is targeting a diverse species of fish. It’s not only a fun way to fish but a tasty one as well.

Most of us have a particular fish we love to catch and eat – a species we are thinking about when depart on a trip and hoping to see on the table that evening. However, I think we should change this mindset, not only to prevent growing bored or tired of a repetitive taste but also for the sake of entertainment and the fishery’s health. There are many species of edible and tasty fish in NZ, so we should constantly be trying to expand our horizons.

Certain fish species are hammered by commercial and recreational fishos, which isn’t necessarily a bad thing. Don’t misunderstand me – obviously certain species will be more prolific or tasty. For example, in various areas maybe snapper or blue cod will make up a large percentage of the biomass in an area, so it makes sense to target these fish, leaving the less-prolific species (that may be struggling to maintain a steady population in that environment) alone.

However, if certain species are targeted repetitively, the extra impact can be devastating to the population, which is where spreading the target species may work to the fishery’s advantage. By catching a range of fish, no one species is subject to all of the fishing pressure.

This is a simple and often effective theory, but there are exceptions. For instance, if you go out and catch some snapper, tarakihi and gurnard to try and reduce pressure on any one species, but in that area tarakihi are in dwindling supply, you would be unnecessarily damaging an already damaged population. It is, therefore, important to consider every location’s specific context. The most important thing, as always, is to give the necessary respect to our diverse and plentiful fisheries so they can remain that way.

I find that a huge variety of fish species can be found in relatively similar territory. A patch of reef backing on to sand or mud can produce a smorgasbord of species from tarakihi, snapper, trevally and kahawai to gurnard, blue cod, kingfish and john dory.

By using a variety of tactics, you can easily make your chilly bin more colourful. Small hooks are better for this! Fish with smaller mouths such as tarakihi and trevally will find their way onto the ice much easier if they can fit the bait in their mouths, and by using strong hooks, even big fish can be landed without too much worry.

Using different rigs is effective. Having a sabiki rig out and bouncing on the bottom is not only a good way to catch fresh baits but is a good indicator of what is around in that habitat with juvenile fish such as snapper, cod and trevally readily attacking sabikis. If you can catch them, sticking on a live jack mack (or whatever else is available) as a livebait may lead to a big kingfish, snapper or john dory. And ledger and strayline rigs are obviously on the menu.

A variety of fishy flavours, fighting styles and appearances is even more satisfying than a bin full of your usual favourites!

Once caught, the next job is utilising the taste and texture of these fish. Trevally, kingfish and big mackerel make incredible-tasting sushi or sashimi, and when dipped in soy sauce will bring your taste buds new life! The delicate meat of tarakihi and gurnard, while also being great for frying and curries, makes for incredible ceviche. And for mains, you can’t go wrong with snapper or blue cod and chips – forever a classic. Kingfish burgers and steaks will have you drooling at the thought of them and smoked kahawai will never get old. So, get out there and expand your fishy horizons, you won’t regret it. Variety really is the spice of life! 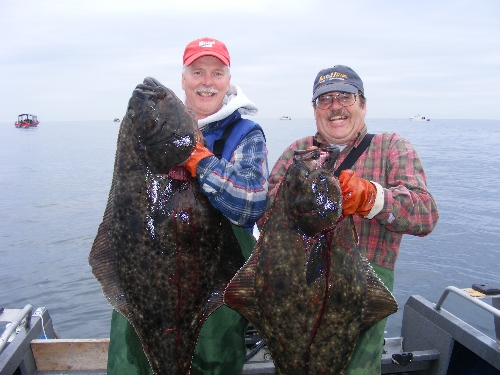