The Dilemma of a South Island Fishing Guide In March 2020, Matt Butler was a happy and contented man. In 2015, he had turned his back on the hustle and bustle of his Auckland business, packed up his fly fishing gear and moved to Wanaka to pursue his dream of being a fishing guide. “My first year in Wanaka was all go as I explored the whole South Island to fish new waters. I eventually started to get a bit bored of fishing by myself every day, but I still wanted to be out there, so guiding was the logical next step. This allowed me to keep the freedom of self-employment while still being outdoors every day doing the thing I loved.

“My first season was spent contracting to Minaret Lodge for their heli-fishing trips. This was a pretty mind-blowing introduction to guiding. I had never been in a helicopter before, which was always a dream of mine, especially to fly around the Southern Alps fishing incredible rivers! From there on, I mainly started guiding my own clients, the majority of whom were Americans, with a few Australians, Canadians and Europeans thrown in.” Guiding is a great lifestyle for a young guy. Matt typically worked November till April and took the rest of the year off to travel, ski and fish overseas. But it was not all plain sailing guiding in the South Island.

“The first challenge would be the fishing itself. With ultra-clear water and low numbers of large, very smart fish, it can be incredibly tough to get an inexperienced angler to put the cast in the right place. I guide a lot of beginners, so finding suitable rivers for them is essential.

“The next biggest challenge would be the weather. The lower south gets smashed by a front what feels like at least once a week (maybe exaggerating), but when you are guiding, you are always trying to stay ahead of the weather, and your number one enemy is the wind. The nor’west winds in Otago can be brutal, and at times it is almost impossible to stand up, not to mention cast a fly rod! So trying to find suitable water each day consumes your time before and after being on the river.

“Lastly, the biggest challenge we face now and in the future is the degradation of the waterways. I have personally seen my beloved rivers I grew up on in the North Island slowly turn into brown, polluted messes over the past 20 years. Down here in the lower South Island, we have the opposite problem; there is not enough water to even pollute the rivers due to the intrusive, industrial irrigation that seems to grow year after year. Every year I see these great rivers be sucked dry by a handful of farms, killing everything in the river and destroying the ecosystem. Luckily, this is starting to be addressed by the local councils, but I still think we have a long way to go on this issue.”

While Matt was worried about falling river levels and prevailing winds, what he and everyone else did not see coming was covid.
It was devastating. From the few weeks, before the borders closed, the cancellations started flooding in, and once they were closed, that was it. Luckily, it came at the end of Matt’s season, so he had already completed most of his guiding days. But his plans to travel to Central America for three months in May were obviously cancelled, and he had to sit down and have a long hard think about what the future would hold. He rightly concluded that even when the borders do open (which back then we thought may be by summer), tourism would still take a long time to recover, so he decided to start working on a new business. This business grew out of common sense and necessity. Matt said he always struggled with getting all his safety gear together. It’s hard to know just what survival gear you should pack, and like everyone else, you inevitably forget something. Bar a few low-end kits on the market, no one had seemed to take a good hard look at producing proper survival kits for outdoor enthusiasts. Surprisingly, Matt says the first kits were much more involved; they started more complex with lots of pieces, but as time went on, Matt refined his packs to keep them simple, concise, and only filled with the essentials.

“The development took about one year and was incredibly challenging. I had a cousin do a 3D render for me to realise the shape, and then I went looking for factories to make some prototypes. After looking around, China seemed to be the best option, not just because of cost but also because most of the world’s bag factories are based there.

“My initial prototype took a couple of months to make and then be sent to NZ, and it was terrible… I then knew that I needed to find a factory that could help me understand materials more and work together to develop the product. After 4-5 months of dealing with a new factory, they also became very ‘untrustworthy’. They were unwilling to make further changes, which eventually resulted in my having to fire them and take the losses on the chin.

“The breakthrough occurred when I found a US company that helps source factories in Asia. They put me in touch with their agent in Taiwan, who has been excellent in helping me develop and improve the materials and construction of the kit. We then partnered up with a factory in Thailand that also makes bags for some of the world’s best outdoor brands, so it was a perfect fit.” Matt developed the kit to be versatile and suitable for any outdoor adventure, whether that be going on a day trip up the river, taking the boat out for a day or embarking on a backcountry mission. It is there to provide you with a base level of assurance so you are prepared for whatever may go wrong.

The kit was built with the key pillars of survival in mind: medical, shelter, water, fire and tools.
“I always wanted the kit to be versatile and customisable to different locations and  adventures, so I was sure to leave room for people to add gear they need and make the kit their own.”

Any business at any time is a risk, but after COVID, the pressure was immense and cash flow non-existent, so Matt decided to run a kick-starter programme.

Kickstarter is a platform that allows creators to raise funds/pre-orders so they can then head out and fund the main production run of their product. In Matt’s case, Kickstarter was a way to test the market demand for the product without investing tens of thousands of dollars in stock. So essentially, people can pre-order the KEA KIT; he then will then use these funds to manufacture these kits and have them delivered later in the year, estimated to be around November. Benjamin Franklin once said, “Out of adversity comes opportunity” and repeatedly we have seen businesses that were torn apart by the COVID virus rebuild, refocus and grow into something new, something different and often something better. in The Work-Up
2 hours ago

in The Captain Morgan Briny Bar
3 hours ago 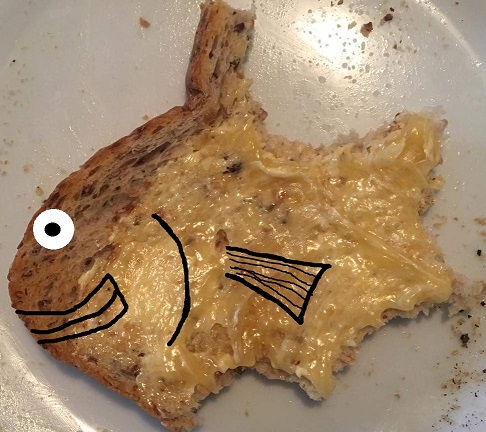 in Saltwater Flyflingers
3 hours ago

in The Captain Morgan Briny Bar
3 hours ago