The management and governance of our fisheries is in crisis. There is widespread concern about declining fish stocks and biodiversity loss in our marine environment.

The Fisheries Act 1996 has not been adequately applied to achieve its primary purpose of sustainable use of fisheries resources to provide for our collective well-being.

Management has descended into endless discussions about maximising the catch while avoiding collapse. The (at times) heated debate around allocation of catch between sectors, which has lasted nigh on 30 years, is still largely unresolved. The (at times) heated debate around allocation of catch between sectors - recreational, commercial and customary interests - has lasted nigh on 30 years and is still largely unresolved.

The current regime is not delivering the economic, cultural and social potential that New Zealanders aspired to when the Quota Management System was introduced.

In 1986, New Zealand adopted the Quota Management System to better manage commercial fishing. The number of boats and commercial fishers were drastically reduced, but the economic benefits promised by its introduction have not been achieved.

The bulk of New Zealand’s commercially-caught fish is still exported at low prices, with little or no added value. Regional ports have lost many family fishing businesses. And 78% of all quota is now owned by 10 entities.

These quota owners siphon off the bulk of the profits, reducing the returns to the hard-working fishermen and women. For example, a longliner fishing north of Auckland was recently paying $4.50 per kilo for bait while only receiving $4.30kg for his catch. 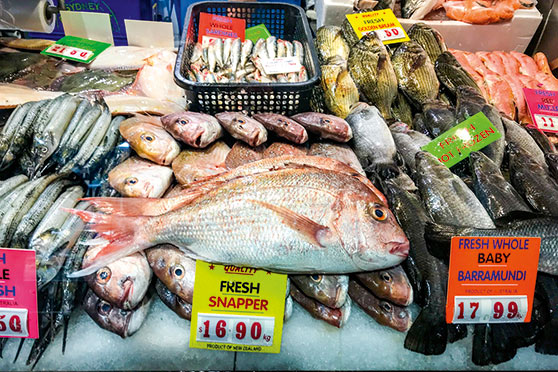 The non-fishing public want to be able to tap into the resource with fairly-priced fish. This snapper, sold as fresh NZ caught produce, was cheaper in Melbourne last year than could be bought at the time domestically.

Why are fish stocks in crisis?

Our fish stocks are in dire straits because of laissez faire management by successive Ministers and Ministries, and because the Quota Management System has enabled quota holders to form a powerful lobby. This bloc resists any reductions to catch limits and denies the small scale commercial fishers a reasonable return for their efforts. As a consequence, commercial fishing has been reduced to lowest cost operations while the quota holder collects maximum rent.

Thirty years of inshore trawling and dredging has meant major reforms are now needed to address:

1) Dumping: use of non-selective methods leads to the capture of unwanted fish, precious birds and marine mammals.

3) Gifting of fish: exploitation of a natural resource with no resource rental return to the public.

5) Under funding: inadequate funding for effective policing and monitoring.

6) Setting maximum catch limits: ignoring the diminishing number of fish in the water. 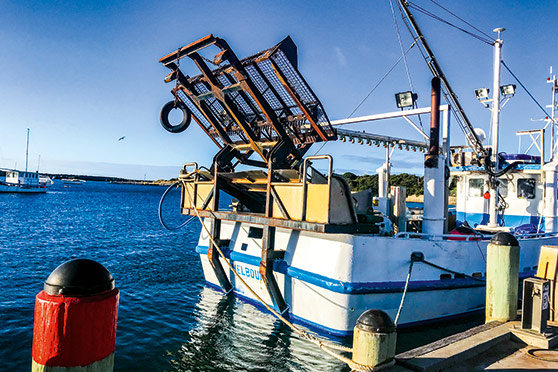 The QMS permits dredging and bottom trawling, and dredging in inshore waters including nursery areas.

This innovative policy package has been developed by a team of experts with an in-depth knowledge of the issues facing New Zealand’s fisheries management system, and the resulting environmental, economic, cultural and social impacts. Implementation will make our marine environment more productive and deliver benefits for all New Zealanders.

Rescue Fish requires the Crown to buy back existing commercial quota shares in the inshore fisheries at fair value. The combination of the initial buy-back and an equally large ongoing revenue stream from selling fishing permits with attached resource rentals means this would be at least fiscally neutral to the Crown over the long term.

How does the Government make it happen?

1) The Crown will buy-back all existing commercial quota shares in the inshore fishery at fair value. Estimated buy-back cost is between $0.76 billion and $3.1 billion, with a mid-point of $1.67 billion.

2) A new Fisheries Act will include explicit criteria to guide catch allocation decisions and encourage innovation. Priority will be given to Maori customary and public fishing.

3) Effort limits and gear controls will apply to commercial fishing. Bottom trawling and dredging will be banned from inshore waters.

4) Fixed term commercial permits will be leased, time limited and have a resource rental attached. Rental payments to the Crown will apply to landed catch. Iwi will receive an agreed percentage of the rental revenue.

5) Independent electronic monitoring and cameras on all commercial vessels will help officials monitor and validate catches, and help protect vulnerable species such as seabirds and mammals.

Our research shows that New Zealanders are concerned.

69% of New Zealanders think not enough is being done to stop dumping of unwanted catch by commercial fishers.

67% of New Zealanders support the Government doing further work to reform fisheries, to make sure they become abundant and commercial fishers pay a resource rental.

54% of New Zealanders agree that commercial fishers should be required to have their catch independently monitored, including cameras on their vessels.

As fish stocks are depleted and the inshore environment is degraded, the calls for marine protection grow louder. Most often this translates into a demand for more marine reserves. However, a reserve is no protection against wider biodiversity loss, as we have witnessed with Goat Island marine reserve. For example, there are now fewer crayfish in the reserve than there were in 1995, a sad reflection of the depleted crayfish population on the northeast coast of the North Island.

Rescue Fish has been designed to restore fish abundance and marine biodiversity by ensuring 100% marine protection for our inshore waters.

To achieve success, the Government needs to take back control of our inshore fisheries by dismantling the Quota Management System and the accumulated power associated with quota rights. Then we can start to implement change by:

1) Resetting catch limits to enable fish stocks to be restored to 50% of the natural stock size.

3) Auctioning commercial fishing permits that provide a resource rental return to the country on every kilo of fish landed.

4) Issuing commercial permits for mixed finfish species, not single species. Electronic monitoring and onboard cameras will be mandatory.

6) Making commercial fishing an attractive option for young people who want to be at sea. 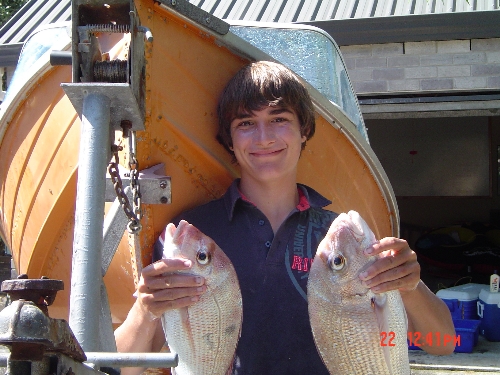 2 nice pannies from a sucessful fishing trip in my dinghy - flat island,Auckland