I’m sure many anglers are familiar with the mahimahi; it is a fish known for its strength, beauty and of course, tastiness.

Mahimahi are a tropical pelagic species that can seasonally extend its range into sub-tropical or temperate areas. In New Zealand this large, powerful fish can be caught offshore from East Cape north, its arrival associated with the water temperatures increasing off the coast, which usually happens between December and May.

There are two species of mahimahi that co-occur in parts of their tropical range, but only one of the species has been recorded in New Zealand waters Coryphaena hippurus, but not C .equiselis. Mahimahi prefer water temperatures between 21 and 30°C and are highly migratory, so they will follow warm currents in search of food. Globally, the majority of mahimahi occur around the equator down to a latitude of 40°S. These fish are often associated with debris or seaweed floating near the surface, but can venture to water depths of 85m.

In the ‘desolate’ open ocean, floating debris forms oases that attract life and the mahimahi use this to their advantage (see opposite page). They are voracious predators that feed on many of the species that also hang out around debris, including pelagic fishes like flying fish, as well as squid and crustaceans. Mahimahi can reach a maximum size of 2.1m but in New Zealand waters are more commonly up to one metre in length. Like many pelagic species they spawn offshore and grow very quickly, reaching reproductive size (60cm) in less than a year.

Mature mahimahi are very distinctive. They have a long tapering body shape with a dorsal fin that runs the length of the body, from above the eye back to the base of the caudal peduncle (the narrow area in-front of the tail fin). They have a high forehead and large males will develop a significant bony crest, which is why they are often referred to as ‘dolphin fish’. In fact their scientific name Coryphaena is derived from the Greek word koryphaina which literally translates to ‘dolphin fish’. 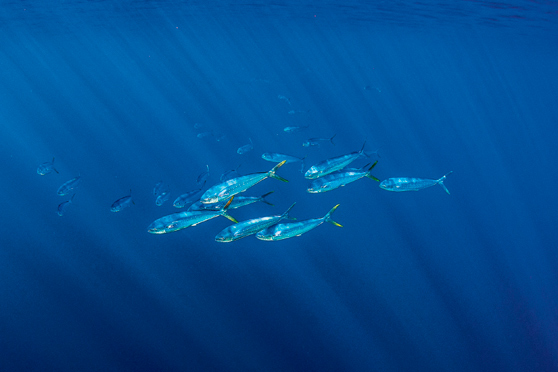 Not only is their shape distinctive, but their colouration is too. They are iridescent blue-green on top and often gold or silver on the bottom halves of their body. They can change colour very quickly and will often flash bright colours when hunting or stressed. Although the mature fish is quite common in New Zealand waters, there was an unusual influx of small juvenile mahimahi (up to 10cm) last summer. There were reports of juveniles at the Poor Knights Islands, in shallow bays at Great Barrier Island, and in the Far North. Like mature fish, most of the sighted juveniles were associated with floating debris.

Juvenile mahimahi are similar in body shape to the adults, but their colouration is very different: juveniles are bright-yellow all over with dark ‘tiger stripe’ bands running across their bodies.

From a science point of view, these juveniles are very interesting. Seeing such young fish turn up in New Zealand waters may suggest mahimahi are breeding closer to our shores than we think. By ageing these juvenile fish and identifying the possible origins of the marine debris they are associating with, we may be able to narrow down the location of the nearby mahimahi spawning grounds and further understand their biology in cooler waters.

If mahimahi become common in New Zealand waters, or start overwintering here, they may have an impact on native species, pelagic food chains, and pelagic fisheries. However until that happens they are a welcome visitor to our northern shores. I am sure it is a bucket list species for many anglers and spearfishers! If you see a juvenile mahimahi this summer please send through a photo of your sighting to our Facebook page, WhatsThatFishNZ. If the juvenile is hanging out under any marine debris, it would be important to note that too. 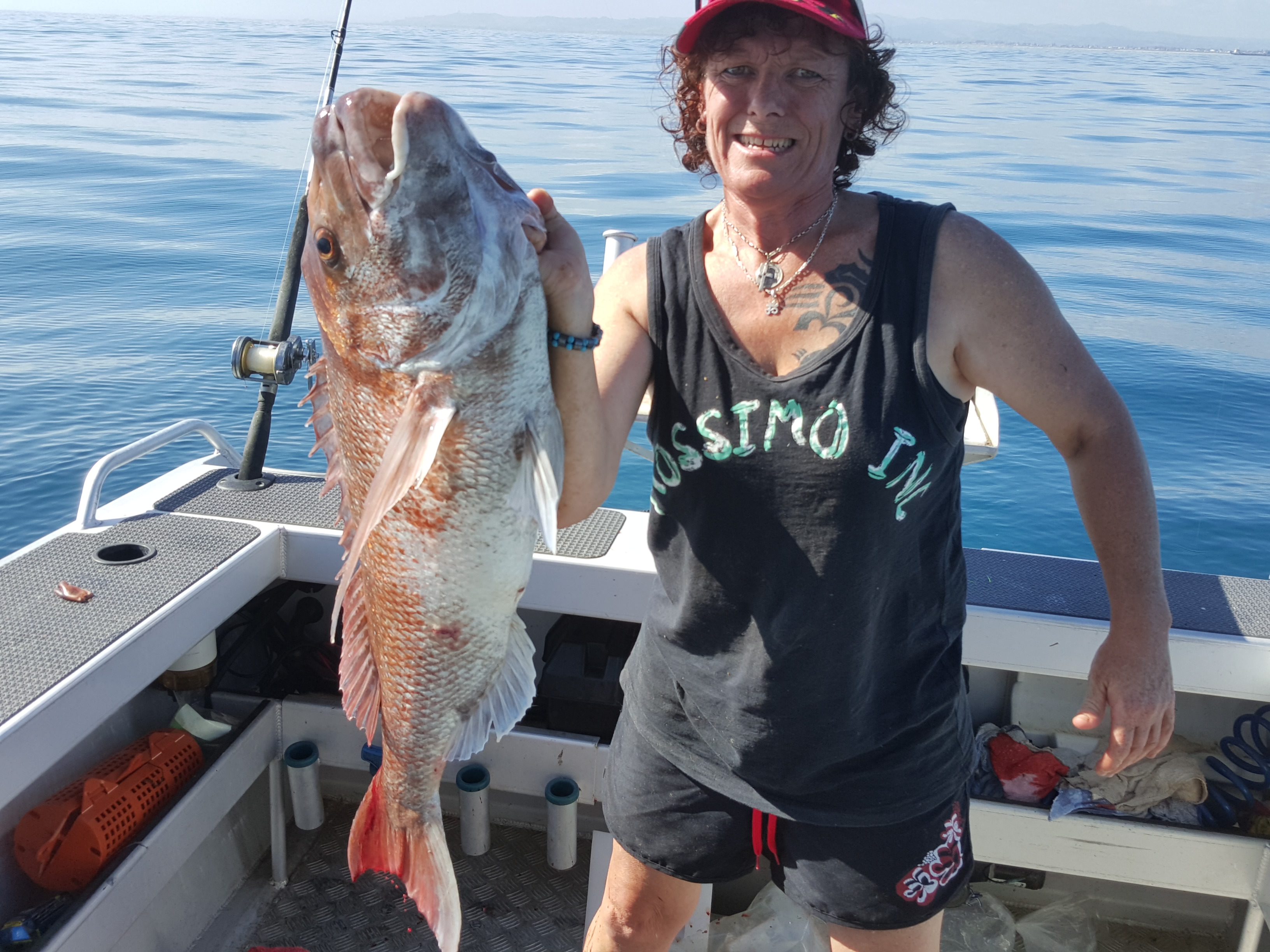