This depends on what your objective is for the day and if it's taking the children out for a few hours of fun it's not that complicated, nor expensive. For more experienced wharf fishers, the rod, reel and tackle will be focused on the opportunities around larger wharf predators such as snapper, john dory, kingfish, kahawai and trevally.

For newbies and children, wharves are a haven for a range of baitfish species that are plenty of fun to catch. Piper, jack mackerel and mullet are common and make great baits for some of our top-quality eating species for the older family members so with a little luck you just might catch dinner too,  Match the rod and reel to the ability/age of the angler is the best advice you'll get and any good salesperson in a tackle shop will point you in the right direction. Some of the cheaper kids sets feature poor quality reels that are just not up to the job so a good rule of thumb is the best reel you can afford and a rod that is pretty robust - brittle graphite rods and kids are not a good combo! 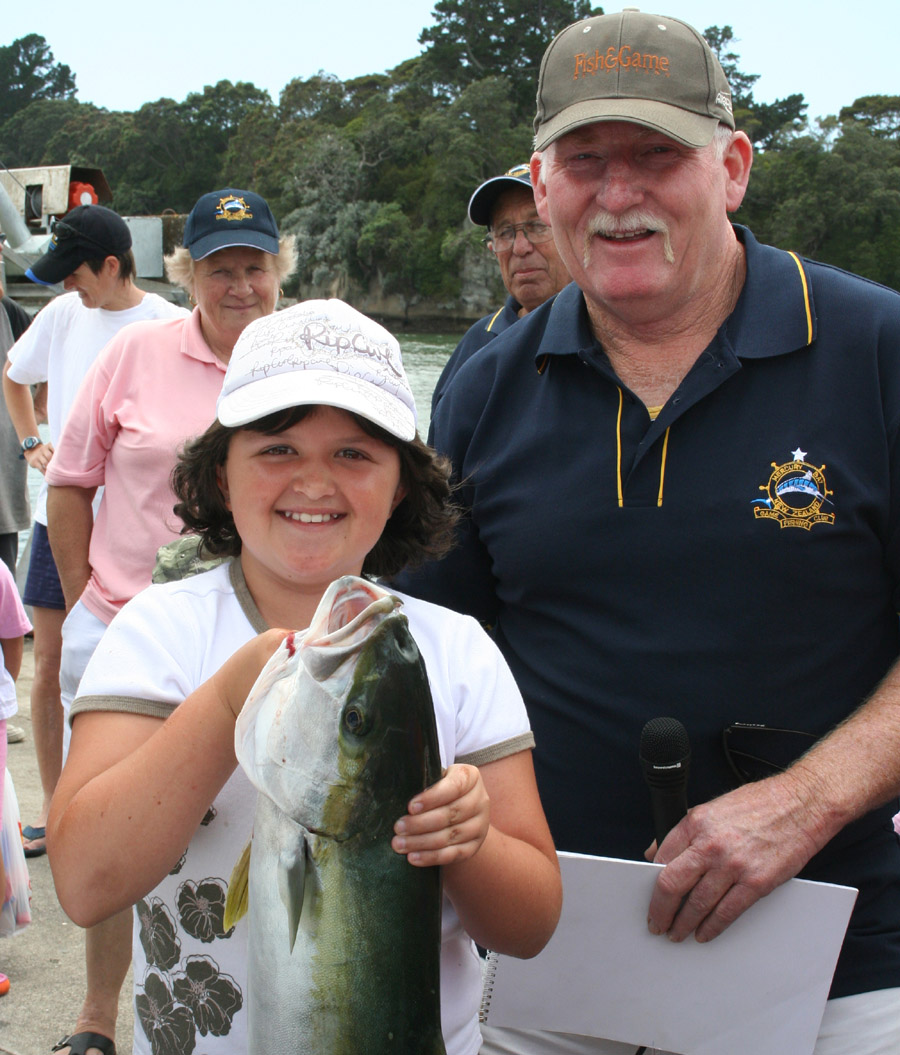 Younger children are generally happy to catch the smaller baitfish so a simple sabiki rig is the ticket. Two or three hooks is plenty for the young ones as the long strings are difficult to manage and simply unnecessary. It also means you get two or even three rigs from a single pack  - less than a couple of bucks a shot so great value. If you're after something a bit bigger a fresh bait on a ledger or flasher rig is probably the best option. A ledger rig will lift your bait off the bottom and means you're less likely to attract the attention of stingrays which often lurk around wharves and will only cause grief.

Traces should match the target species and consider the local terrain. If there are reefy areas and the trace is likely to be damaged on rocks and structure then 60lb or heavier hard trace is recommended.

Other items on the list are a bucket, knife, bait, berley and berley pot, a pair of pliers, gloves in case of snags and , a landing net, or at least consider how you're going to get any larger fish from the water to the wharf decking. Some serious fishers use a drop-net or longer-handled landing nets. Don't forget some ice and either a chillybin or cooler bag with ice for the catch and there's always the option to use the chillybin as a seat! And finally, dress appropriately. In winter, keep warm and take some soup or hot drinks in a thermos. Kids lose interest pretty quickly at the best times and that's only a few heartbeats if they're cold. In summer, water bottles and sun protection are high on the list. Be sure to check wind conditions and make sure your family is safe and your children are well-supervised. Mid-winter swims are best as planned events, so consider putting little ones in a comfortable lifejacket if you have any concerns. This is particularly important if you are fishing from wharves or structures where there is current as anyone falling in will be carried away by the tide a lot faster than you would imagine.

The structure of a wharf is the baitfish's sanctuary so that's a big consideration when you're thinking about how far to cast. The chance of catching baitfish and larger predators is higher in close to the wharf so flinging baits far and wide may not be the best option. In addition, the chance of a boat or other watercraft running over your line becomes even greater so think before you fling!

Change of light is a great time and while that may not be as suitable for our younger fishers and if the tides and bite times line up with morning/evening that will improve your chances.

Scott Tindale is no stranger to any type of fishing and he has unselfishly shared his advice and knowledge of fishing from various wharves around the Auckland area. Scott and Sue Tindale are actively involved in marine research - more info here

This 200m long wooden wharf is situated right among the stunning Waitakere Ranges on the Manukau Harbour. If you're into live-baiting there's a good chance of a kingfish or john dory here as there's generally plenty of baitfish hanging around.

Cornwallis is also a popular spot for picnickers and swimmers and does get very busy in the summer, so that also is a consideration. Fishing the change of light usually gets the best results.

A top location for anyone wanting to catch gurnard or kahawai. You'll also get baitfish here but generally, it's better around dawn/dusk.

This long wharf extends far into the channel and is best-fished two hours either side of the high tide. A ledger rig works best here as it will keep your bait and hook off the bottom and away from the many stingrays in the bay. There's been many good snapper caught from this wharf. A great wharf for the children. Snapper, trevally and kahawai are all regularly caught here and there's usually good baitfish for the kids.

One of the better spots for targeting snapper and a top spot for anyone keen on squid fishing as squid frequent the bay at night. Try a ledger rig and small baits but a live-bait is also with a crack for kings and john dory. It can get very busy in summer so crowds can be a consideration

Good for baitfish and fish close to the wharf for best results. Grandson Hamish with his Octopus of beach - Mangawhai Estuary