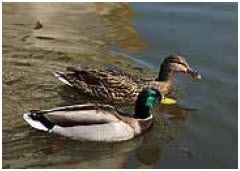 Preparation for preventing a sad opening week-end story starts way before the big day. Any hunter who has been shooting more than a couple of years will agree that duck shooting has taken some major changes in the last few years. It appears harder to get good shooting.

Our main duck species has changed from Grey Duck to Mallard and the Mallard is a great survivor. He will happily feed on a maize paddock one night and then visit the Hamilton Lake for a couple of days holiday from living like a wild bird.

I believe though that a bigger influence has been the increasing number of lifestyle blocks springing up everywhere. Most of these lifestyle blocks have a pond or dam and the owners of these 10- acre blocks prefer to look at the ducks and will not let the ducks be shot. This has come to be over the last 15 years which is about the same period over which our shooting has changed. A block with a medium sized pond with good cover and food supply. The food supply could be natural or in the form of spilt horse feed in a nearby paddock. 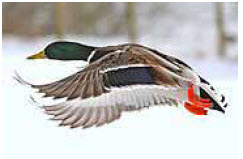 Over the shooting season it might get to the stage where it soaks up about 300-400 ducks most of which will be Mallards. Now the old Mallard is smart, he works out he is not being shot at and he has good food and housing on hand. Naturally he will just hang about there until the food source runs out . If it does not run out before the end of the shooting season he won’t move.

This scenario does not have to be repeated often to mean there are a lot of ducks not moving about and as such are removed from access by hunters. The shooters I am involved with have a little better shooting than most because its members are fortunate enough to own land or lease a property for shooting as I do. These routines will keep more of the remaining ducks around:

1. Have your ponds well established with a food source and good cover at hand. Ducks do not like to worried all day by hawks, gulls ect. and they like good mature trees that they can get in underneath make them feel safe. If there is no cover plant it for the ducks making sure if you can that it produces food as a further benefit to the birds.

2. We go near the ponds as little as possible to help the ducks to feel secure. Ducks will not feel the need to shift if they feel safe and have a good food supply. Far too many shooters work on their blind or run around in their boats all over adjacent lakes and rivers in the weeks prior to opening weekend. They are warning the ducks something is up. Believe me Mallards work it out real quick. Of course work needs to be done around the blind but you should do as much as possible right after Christmas. Camo up your blind then too even though it may look a little the worse for wear close to opening day. a few fresh Tea Tree branches thrown up on opening morning will work wonders and by May at least there will be some ducks around to give you a critique on your possi.

3. We feed out prior to each season but dont do too much before Easter (as Easter dates change each year we are a bit flexible on that). Keep an eye on local natural food supplies and if food is scarce get on with your feeding out. It will help a lot if you have a large feeder that can take a lot of . The benefit of that is you are not going to fill your feeder up every five minutes scaring ducks away in the process. The routine for filling should be to get in at half light quietly and quickly fill up and get out before the ducks get too disturbed. If this is done right they will come back as soon as you have cleared out If you are fortunate enough to shoot on pond on private land there is something else that helps keep ducks around.

4. You need full control over your pond and no one else likely to disturb it. Your pond will shoot more consistently through the season if you only shoot it in the mornings and never shoot ducks flushing off the pond as you walk down to your possi in the half-light of dawn. About a third of the total number of ducks that left will come back. Let them return in ones and two’s so you can call them in properly and shoot good decoying birds. Never shoot your pond in the evening to allow the ducks somewhere to rest and again feel safe. If you shoot in the evening you will find as the season progresses your pond will go off the ducks will give it a wide birth.

5. Poison and trap all rodents and predators. A little Talon in a piece of down pipe will take care of rats. All cats, ferrets, possum’s & hedgehogs should be shot, trapped or generally made to disappear as soon as possible. Predation on fledgling and adult game birds and native birds from these introduced species is something we see all too obvious affects of. Try these simple ideas and I am sure will have better duck shooting.

in The Captain Morgan Briny Bar
5 hours ago

thats a goody, my beefsteaks are around 250 ,doing a lot of tangy relish,ideal for winter,yum....

Those weâ€™re great days. Remember thinking Iâ€™d beaten the old fellas one day with snapper of around 7lb caught surfcasting at Hamiltonâ€™s gap, only to find...